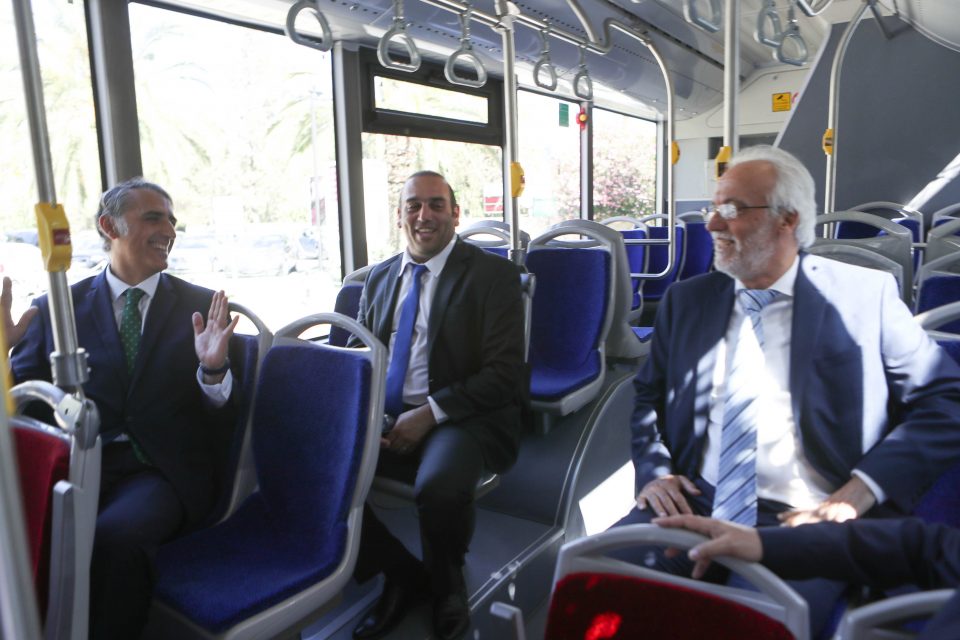 Transport Minister Yiannis Karousos (centre) on one of the new buses

Cyprus Public Transport (CPT), which now runs the Nicosia and Larnaca bus routes, officially announced on Wednesday the launch of their service from July 5.

As of Sunday, Nicosia and Larnaca passengers will be using state-of-the-art buses with wi-fi and USB charging points. The company said that for now, their buses will be running the same routes as the previous companies, but new routes will be launched in October.

Passengers will also be able to use the Pame mobile phone application, also launched on July 5, which will help them plan their journeys by using real-time information on when buses arrive at each stop.

To allay concerns as regards the spread of coronavirus, CPT announced that it has introduced a new automated cleaning process to disinfect within 60 seconds the vehicles every night, eliminating any trace of potential viruses and pathogens.

“All our new larger buses are equipped with this new technical solution that will reinforce the confidence of bus users,” said CPT chairman Felipe Cosmen. He added that this feature is being introduced for the first time in Europe by CPT and that it was a further step to stop the spread of Covid-19.

Cosmen said that they are investing in their fleet, in their staff and in technology to ensure that people can travel safely on CPT buses and that all their new urban buses are limited to 60 kilometres per hour.

He said that together, with Kapnos, “we bring the local knowledge and our group´s international experience to change the operation of public buses in Cyprus.”

“We believe Cypriots deserve to have a public transport service like the ones that they experience in other European cities,” he said, adding that CPT’s mission is to build trust in the public transport system by offering to the customers a safe, reliable and efficient service. 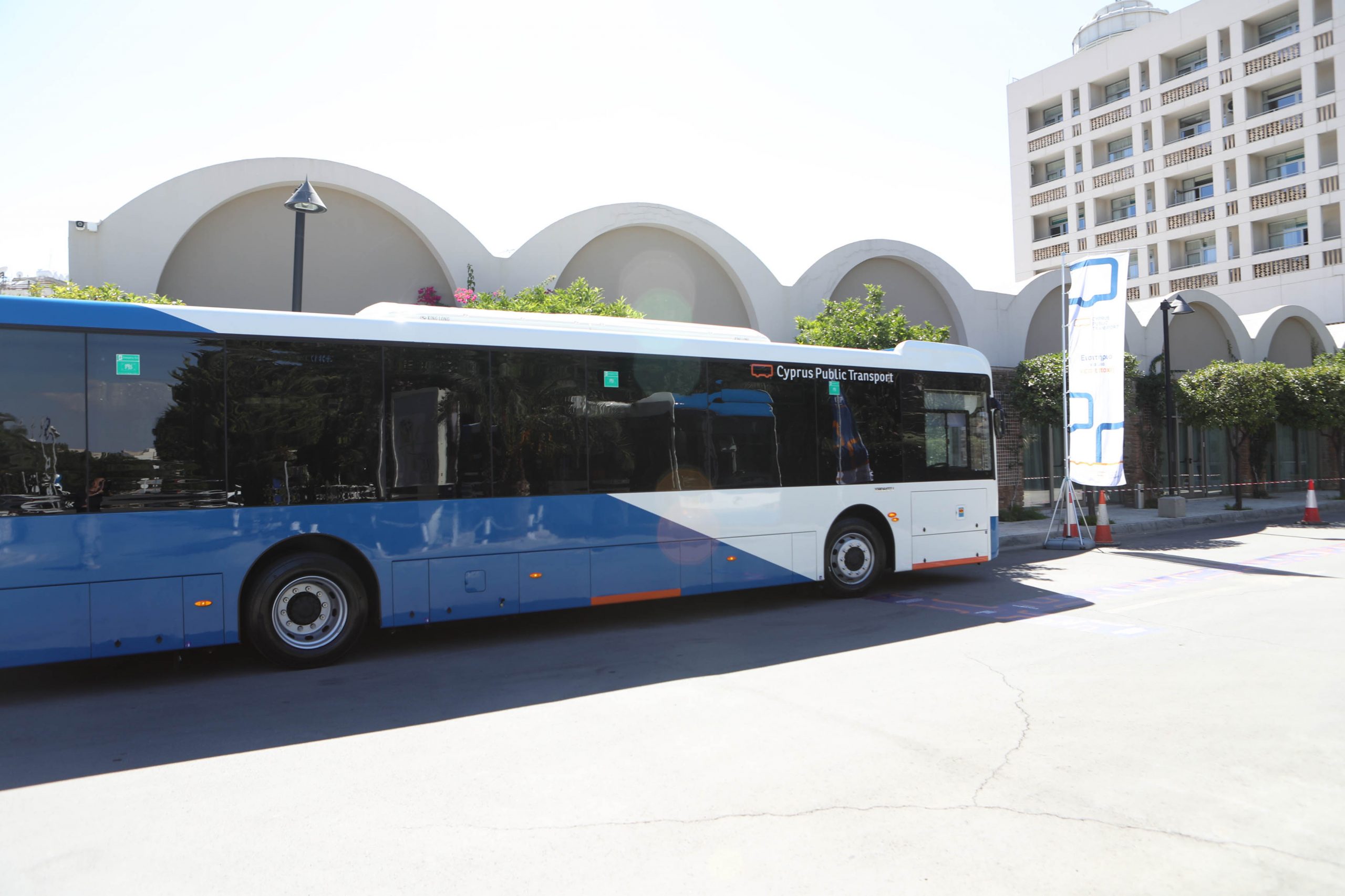 Transport Minister Yiannis Karousos who addressed the event said July 5 will be “a milestone in public transport” since passengers will be offered an upgraded experience.

The minister said that the new routes are being studied extensively and are expected to be implemented within the next six months. The aim is an increased frequency of public transport on the main roads with service hours of up to 18 hours per day, he said.

CPT’s officials underlined the fact that the company will not only recruit all the employees of the current operators, but will also create up to 200 new jobs, since the bus services will increase with additional routes.

The newly formed Cypriot public transportation company is set to undertake and execute all the bus services for Nicosia and Larnaca districts for the next 10 years.

The consortium was initially awarded four contracts to operate public transport in Nicosia, Larnaca, Famagusta and the Intercity routes for the period 2020 to 2030, but the current holders of these services challenged the validity of the competition, each with court procedures.

The court ruled in favour of MLKP for Larnaca and Nicosia while legal and other procedures are ongoing in the cases of Intercity and Famagusta.