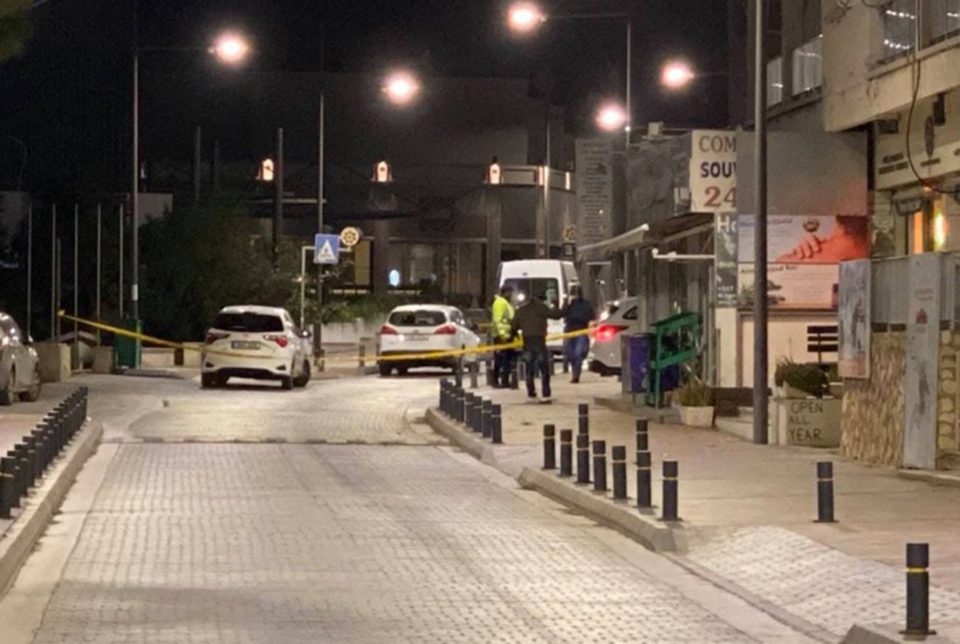 The scene of the shooting in Ayia Napa

Larnaca-Famagusta Criminal Court ruled on Wednesday that the sentencing of a 37-year-old who has pleaded guilty to attempted murder in Larnaca and Ayia Napa will be held on July 9.

The suspect, Charalambos Chrysanthou (aka Hamburger), pleaded guilty to all 24 charges brought against him on June 1.

Chrysanthou has pleaded guilty to firing 25 rounds with an automatic rifle into an Ayia Napa café on February 16, injuring four people who had no relation with his intended target, Costas Kritikos, who had left the establishment earlier.

He is also linked with an attempt against Constantinos Charalambous, 37, aka Mavros, in Larnaca on November 27, 2019.

On June 10, the Chrysanthou’s defence requested mitigation of the sentence, and the court ordered July 1 be the day of sentencing.

However, the court asked for clarifications on certain issues from the defence on Wednesday, which resulted in the court ordering July 9 as the sentencing date.

The court also opened a case against 38-year-old Greek convict in the Central Prisons, Demetris Mamalikopoulos, who is the suspected mastermind behind the murder attempts.

The 38-year-old is already serving five life sentences for murdering five people in Ayia Napa on June 23, 2012. In the most recent cases, Mamalikopoulos is being charged with the attempted murder of Kritikos and Charalambous in Larnaca.

He also faces four other attempted murder charges over four individuals who were injured during the attempt against Kritikos in Ayia Napa.

In May, Mamalikopoulos, representing himself before the criminal court, submitted a document listing his objections to the charges.

The convict said the charge sheet was unfounded, abusive and in bad faith. He claimed it was a product of an irregular and unfair process, which violate the principles of a fair trial.

He said it was based on the statement of his co-defendant whose testimony was dubious, unjustified, vindictive, and with ulterior motives.

Mamalikopoulos’ trial will start on July 6.