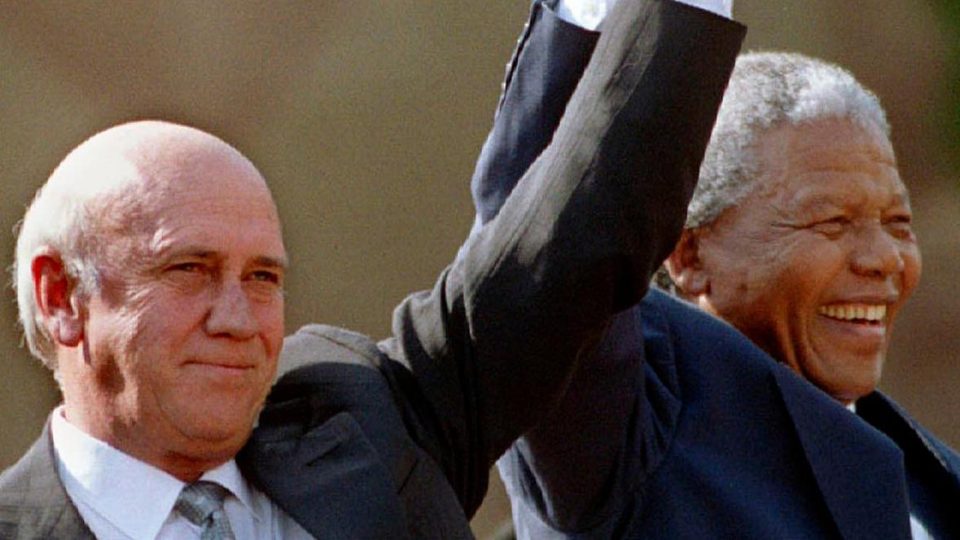 In his inaugural presidential speech in Pretoria, on May 5, 1994 Nelson Mandela said “Our daily deeds as ordinary South Africans must produce an actual South African reality that will reinforce humanity’s belief in justice, strengthen its confidence in the nobility of the human soul and sustain all our hopes for a glorious life for all”. He went on to speak of the depth of pain “…as we saw our country tear itself apart in terrible conflict”.

Cyprus’ peace-talkers could take note that the healing of South Africa’s grievous wounds resulted from the reality in the minds of Mandela and former Nationalist President Frederik Willem de Klerk, whom Mandela described as a “man of integrity”. The base cruelty of the death of George Floyd in the USA resounded in a worldwide clamour for the equality of all human beings, black or brown lives as vital as white. This spilled over into a demonstration in the UK in which the statue of philanthropist Edward Colston, was hauled off its plinth and unceremoniously drowned because his largesse towards whites came from the agony of slavery.

It was a fitting departure for his image. Black people were dragged in chains from their African homelands, seen as nothing other than merchandise for trading purposes, and on the sea journey when supplies were low or weather necessitated, some were mercilessly cast over the side to lighten a load like so many inconsequential, disposable packages of weight. Man’s inhumanity to man is well documented.

Think of mothers in Nazi concentration camps having suckling babes dragged from their embrace and murdered, or helplessly watching their children gasp for air as gas invaded small lungs. The humiliating indignity of aged Jewish bodies stripped naked and forced to enter ‘showers’ that were cleansing only in the Nazi sense of the word.

Think also of Sabra and Shatilla, the terror of women, children and old people murdered in cold blood. Think of Palestinian people squeezed and frustrated by governments of a nation that knows better than most what persecution means. Britons are proud of their honest system of justice, yet it allowed not-so-fair cops to facilitate the misjudging of innocent Irish men and women to become convenient scapegoats. Think of the ‘Troubles’ in Northern Ireland where dirty deeds including the cold-blooded shooting of the Miami Showband (whose music I heard so often live) by Protestant extremists with the collusion (and denial) of British authority and the British Army was documented by two survivors. Another, decent, British soldier pulled a friend’s mother out of cross fire at risk to his own life.

At the time of the 1916 Uprising my uncles fought for Ireland out of a sense of duty and honour; they would never lift a hand against an innocent. Think of men who planted bombs in cities or towns in both the North and South of Ireland during the ‘Troubles’ that took blameless civilian lives.

Whatever the cause, innocents will die along with the guilty or because of them. No cause, no country can claim the right to kill unarmed non-combatants in the name of revenge or freedom. Men with guns and guts face other men with guns and guts, they don’t slaughter the helpless or the unarmed. They don’t gun down worthy women like Jo Cox or Lyra McKee.

We see in our present how wrong some things were in the past; courageous hearts and minds of honest men and women have assisted laws to be more just. Women have fought for their rights and are still doing so, as are other belittled, badly treated groups that don’t fit a particular mould. Laws can be changed with the reasoning of rational, competent governments with the will to adjust to the now.

It’s not easy to change long held traditions, customs or inured mentalities, that takes time. Most religions teach kindness and sharing. In Islam there’s the story of the thirsty man at the well who sees a panting dog. Understanding its need, akin to his own, the man gave the dog water. Then there’s Christ’s parable about the Good Samaritan helping a stranger. What man interprets from the ancient chronicles of his religious beliefs is often repackaged to suit his own cause. Mandela was first imprisoned in 1962, his final release came in 1990 after what could have been a soul-deadening, dignity-crushing experience. Mandela did not brood on wanton revenge, rather he and de Klerk made a new beginning.

We are an amazing and monstrous species: a mix of such complexity and difference, survivors that have evolved through time in a world of danger and challenge. We have learned much, but a man’s neck crushed beneath another’s knee, or a knife in the hand of a disturbed mind maniacally stabbing innocents as in Reading shows many of us have not learned. Racism and cruelty are inside a man’s head, not in their law books.