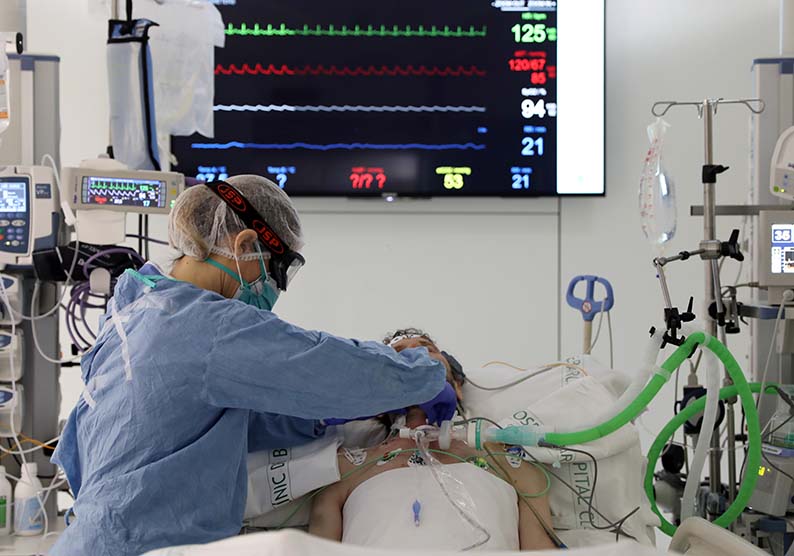 The auditor-general said Thursday procedures to construct an intensive care unit during the coronavirus crisis had violated legislation on public contracts while the board of the state public health organisation (Okypy) may have been misled.

Presenting a preliminary report before the House watchdog committee, the Odysseas Michaelides said it expected a written response from Okypy that will be incorporated to the report and after evaluation it could be forwarded to the attorney-general.

Two ex-officio members of the board, the permanent secretaries of the finance and health ministries, told the committee that no decision had been taken by the board as regards the procedure to construct the ICU.

Okypy chairman Marios Panayides told the committee that the budget had been approved by the board on March 30.

The organisation’s executive director Christis Loizides echoed Panayides, adding that the project finished in 25 days and its cost was low.

Construction of the new ICU finished on May 1.

The auditor said the March 30 minutes of the board meeting showed that Okypy would communicate with the public works department to prepare for the project. Yet three days earlier, it had decided to give the job to a private architect and go ahead with the tenders, he added.

The documents were given to three contractors who had to submit a bid the next day. The contract included a provision that 25 per cent of the total cost would be deducted for every week of delay.

That provision prevented one contractor to take part. It was later amended in the final contract to make it less strict, MPs heard.

Michaelides said Okypy had not examined all alternatives, suggesting that there was available underground space at Nicosia general hospital, space at the top floor of Famagusta hospital, or part of the new wing at Larnaca hospital.

He said it appeared that the decision was taken by the director of the Nicosia general ICU and the chairman and executive director of Okypy.

Michaelides said the decision should have been taken by the board at least, although he thought it should have also gone to the cabinet.

Okypy denied any wrongdoing later in the day, stressing that conditions at the time dictated swift, but lawful action.

In a written statement, Okypy said the management did everything it could to strengthen the health system amid dramatic conditions.

“The organisation’s first priority was, and still is, to save human lives, and it did everything so that we would not go through the dramatic scenes we saw in other countries,” the statement said.

“The tight timeframe combined with the nightmare that we might lose people because of the lack of infrastructure forced the organisation to put emphasis on the result by expediting procedures, always guided by lawfulness and the rules of good administration.”

Okypy said the budget for the new unit was €1.3mn. Through transparent negotiations with several contractors, Okypy awarded the project to the lowest bidder at a cost that was lower than the approved budget.

“We are certain that completion of the investigation will show that all the organisation’s actions favoured public interest,” Okypy said.