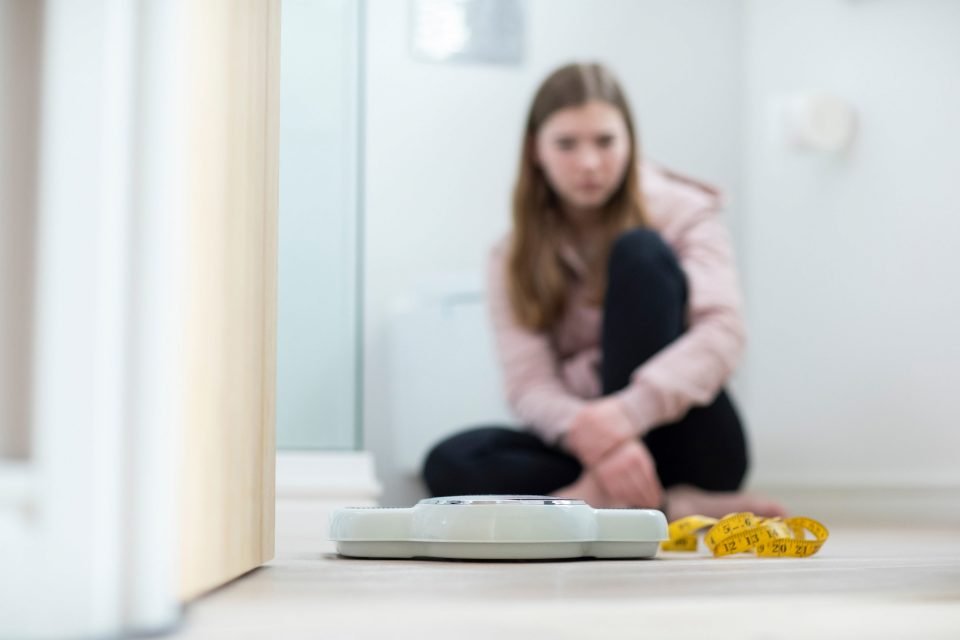 Ever had days where you’ve struggled to resist that second helping of dinner or extra slice of moreish cake?

Most of us have – and that’s very normal. Diet culture can often mislabel this sort of thing as ‘bingeing’ – but binge eating disorder (BED) is much more than just enjoying your food or indulging in a few too many treats every now and then.

It can be a serious eating disorder that requires appropriate treatment from a medical professional.

TV and films often portray people developing eating disorders during early adolescent years, and while this is generally true, the charity BEAT (beateatingdisorders.org.uk) says it’s not unusual to experience eating disorders later in life too.

A report from the charity reveals cases have been known to develop in children as young as six, and in adults as late as their 70s. Eating disorders can also potentially affect anyone, of any gender or background.

“Daily life can often lead to negative emotions like stress, anger, sadness, fear and loneliness. Often these negative emotions can trigger emotional eating. It could be the glass of wine we drink as it’s ‘been a long day’, or the tub of ice-cream that’s on hand after a break-up,” says specialist eating disorder dietitian Alexia Dempsey.

However, Dempsey explains that for some people, emotional ‘binge eating’ can be a regular demon that dictates a person’s day and their self-worth.

“Emotional eating often comes on suddenly and feels like it needs to be satisfied immediately, as it happens as a way of suppressing or distracting negative thoughts and feelings,” she adds.

Binge eating episodes are often associated with eating very fast and until a person feels very uncomfortably full or unwell, as well as eating large amounts of food when they’re not physically hungry. This is often done alone, out of shame or embarrassment, and those affected may keep their binge eating episodes a secret from others too.

“In emotional overeating, an individual will use food as a distraction from the negative. Common foods include chocolate, crisps, sweets, and other foods that are considered to be a ‘treat’ or ‘naughty’.”

Dempsey says people with the disorder often report carbohydrate-based binges too. “One reason for this could be that the ingestion of carbohydrates increases the plasma ratio of tryptophan to other amino acids, leading to increased serotonin.

“Serotonin is a chemical that has been found to alleviate low mood and anxiety, so it makes sense that in times of stress, we crave foods that can boost these ‘happy’ hormones.”

Experts say that every case is different, and binges can either be spontaneous, or they may become a regular habit involving the person buying ‘special’ binge foods for this purpose.

Many things can bring on a binge eating episode, but the charity BEAT says they most often occur when a person is experiencing negative emotions, like anger, sadness or loneliness. In this sense, emotional or psychological factors may ‘trigger’ the binge eating pattern, which may then become a coping strategy.

Fortunately, experts say there are plenty of strategies people can try to help reduce and manage episodes of binge eating. However, while self-care tips can be helpful, it’s important to remember that seeking an accurate diagnosis from a healthcare professional is important for all eating disorders.

If you are concerned about your own eating patterns and binge eating, speak to your GP. Getting appropriate treatment as soon as possible can make a big difference to recovery. It may be that you could benefit from addressing any underlying mental health issues, for example, plus counselling and cognitive behavioural therapy could help you with developing new healthier coping strategies.

That aside, here are three self-help strategies that could also help…

Tap out of extreme dieting

Not only are restrictive ‘fad’ diets often unhealthy for your body, but being extremely ‘strict’ with your eating or skipping meals may encourage episodes of binge eating later in the day.

A 2008 study of 496 teen girls found that using fasting methods to lose weight led to a higher risk of binge eating overall.

There are lots of tools out there to help with mindfulness, from stress-busting apps to calming colouring books, and researchers have found that the soothing practice can even have positive effects for those struggling with BED.

One 2014 review of 14 studies found that practicing mindfulness meditation decreased the likelihood of binge eating in adults.

Apps like Calm (calm.com), Headpsace (headspace.com) and Portal (portal.app) can help you get started.

Writing down your thoughts and feelings can help to identify any triggers for binge eating episodes, as well as enabling you to develop a healthier way to process tricky emotions and stress.

A 2017 pilot study of an online self-help programme found that people who kept a regular food diary, alongside taking online CBT classes, were less likely to experience self-reported episodes of binge eating.

There are lots of journal apps you can download to your smartphone and fill in while you’re out and about.