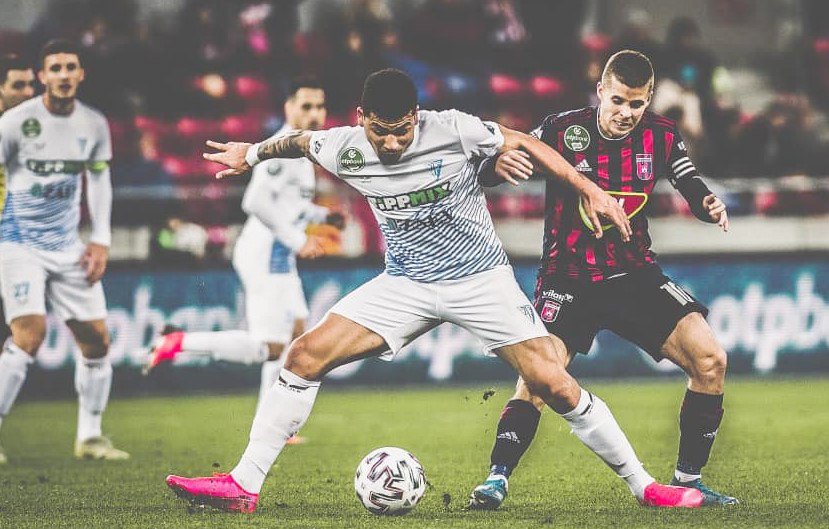 Cyprus international footballer Fanos Katelaris refused to play for Hungarian club Zalaegerszegi TE after his own fans racially abused players of colour from opposition side Fehervar FC during a top-tier league match on Monday, it has emerged.

During the game, defensive midfielder Katelaris, on loan from Omonia Nicosia until the end of the 2019-2020 season, was taking part in the customary warm-up in case his manager decided to bring him on as a substitute.

Amongst Fehervar FC’s squad are French-born Hungarian Loic Nego, Brazilian-born Hungarian Paulo Vinícius, and Nigerian Funsho Bamgboye. At some point during the game, Zalaegerszegi fans racially abused at least one of these three players through various chants and by making monkey noises.

Upon witnessing these reprehensible acts from his own fans, Katelaris, whose father is Greek Cypriot and mother is Congolese, decided that he would not be playing that day.

How could he have played for a fanbase who saw no issue with disrespecting fellow players of colour in such a dehumanising way?

In a statement released on social media, Katelaris said: “First of all, I am a human being and I am proud to be black. During the game, something extraordinary happened during the warm-up. Fans of my club sang racist chants and made monkey noises towards a football player because of the colour of their skin.”

“At that moment, I decided that I wanted to stop warming up and leave the pitch. I did not want to play at all. Three weeks ago, we were all fighting for our rights and the whole planet was shocked after the murder of a young black man by a police officer in Minneapolis.”

Katelaris added: “I know I cannot stop these things from happening, but they are happening, and in the future I will fight for my rights and my beliefs and I will keep fighting until the day that I die. There is no room for racism, on or off the pitch.”