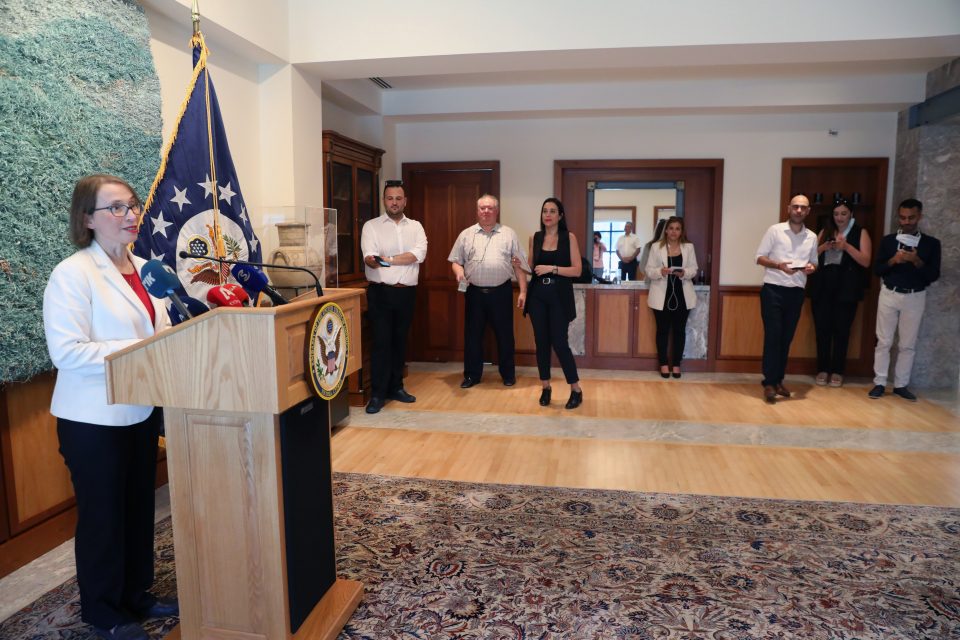 The US Ambassador to Cyprus Judith G. Garber said on Thursday that the solid management of the novel coronavirus crisis in Cyprus by the government has brought it considerable recognition.

“This has been good for Cyprus’s reputation as a competent global partner, and as a very good base for regional operations. It’s a great place to set up shop,” she added.

The ambassador noted that Cypriots are well-educated, and that Cyprus is only a two-hour flight from major markets.

“Getting the word out is important, and we are working with the American Chamber of Commerce to communicate on ways to increase investment. We expect lots of good things to talk about in the year ahead.”

The Ambassador also addressed the issue of the US arms embargo. “Last year, Congress passed the Eastern Mediterranean Security and Energy Partnership Act. Under its terms, there are two requirements for the lifting of the arms embargo. certified two things: That Cyprus continues to cooperate on combating money laundering – there has been good progress on that front — and that action be taken to reduce the number of Russian naval ships present in Cyprus ports. The President delegated the authority to make the certification to the Secretary of State.”

She also noted that the Secretary of State had made a strong statement on the Turkish proposal to turn Istabul’s Hagia Sophia church – which currently has museum status — into a mosque. The Secretary “ urged the Government of Turkey to continue to maintain the Hagia Sophia as a museum, as an exemplar of its commitment to respect the faith traditions and diverse history that contributed to the Republic of Turkey, and to ensure it remains accessible to all.”

The Ambassador also said that she was “very excited” about a number of collaborative initiatives the US has undertaken with the Cyprus government. One, on security issues has involved several separate actions. “We now have a defence attaché in Washington, D.C., and we have had some senior Department of Defense officials here in Cyprus.” The Ambassador indicated that these initiatives would continue.

Economic co-operationwith the Cyprus government has also been ongoing.

“We all face the same challenge in helping our economies recover, and there is a lot of potential there.”

So, for example, an American Chamber of Commerce panel last week invited Cypriot businesspeople to discuss ‘How to Make It in America,” in other words how entrepreneurs can take the right steps to succeed in business in the US. Everything from techniques to build a network to finance was discussed.

There has been further collaboration on hydrocarbon development, IT security and other economic areas, the Ambassador said. There are also ongoing initiatives to help Cypriot students go to study in the US – there is much going forward here, she indicated.

The Ambassador also addressed the issue of Turkish actions regarding hydrocarbon resources in the Eastern Mediterranean. “Turkey  has been provocative and unhelpful,” she said, adding that the US has a “complex” relationship with Turkey, but that this issue was being addressed.

France, EU to retaliate if US imposes sanctions