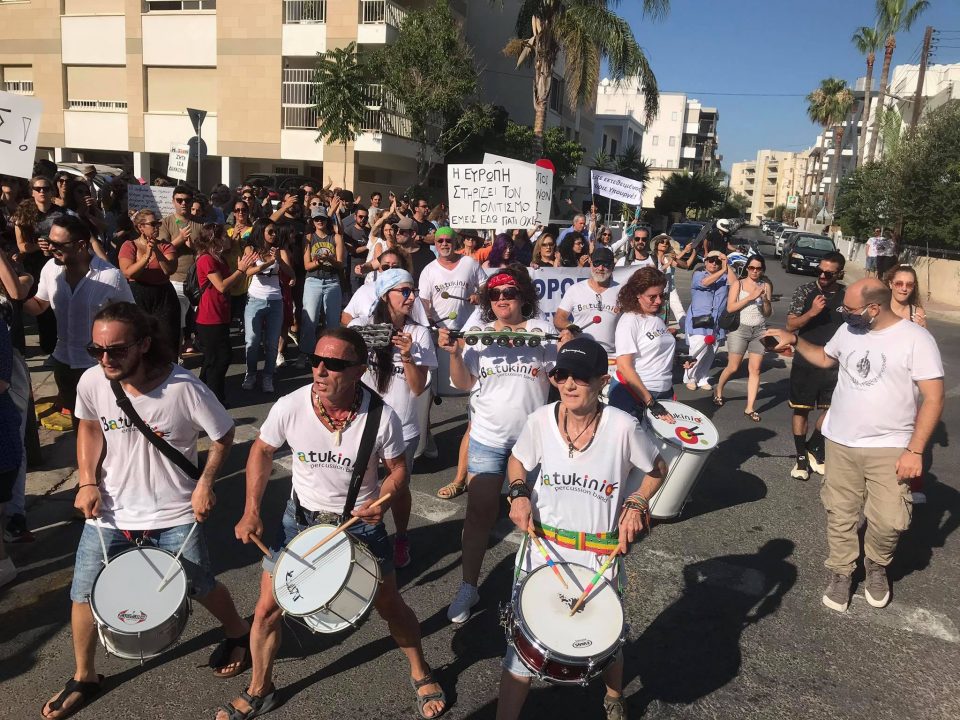 Actors and other cultural workers staged a protest outside the ministry of education on Friday morning demanding they be given the payments they were promised to help them weather the coronavirus measures, which saw theatre, art galleries and other centres closed for three months.

They handed over a resolution to the Director of Cultural Services, Pavlos Paraskevas after starting the demo at 7.30am.

Banners had slogans such as ‘Shame on you, Mr. Minister’.

Cultural workers were promised a one off payment of €900 each by the ministry and although applications ended in May no-one has received any money. The agreement was made after artists petitioned the government to support them in the way it had other sectors.

“We feel marginalised by the state, we have every right to feel that way. We want the necessary attention and support from the government and to treat us as equal citizens,” said the actor and secretary of the PEO artistic branch, Prokopis Agathokleous.

In April the ministry said in consultation with the Theatre Organisation (Thoc) it would look into ways to help actors.

At the time Education Minister Prodromos Prodromou said all in the sector would also benefit from the government plan, which provided individuals temporarily suspended from work to be paid up to 60 per cent of their salaries.

Companies operating in the sector will also have their loan instalments suspended, he said.

He added cultural workers and operators, who have already made plans for programmes with the Cultural Services in the first quarter of 2021, will also be paid their first instalment, while suspended activities will have their expenses covered.

Indoor theatres have been allowed to open since July 1 although social distancing will mean less people can attend.