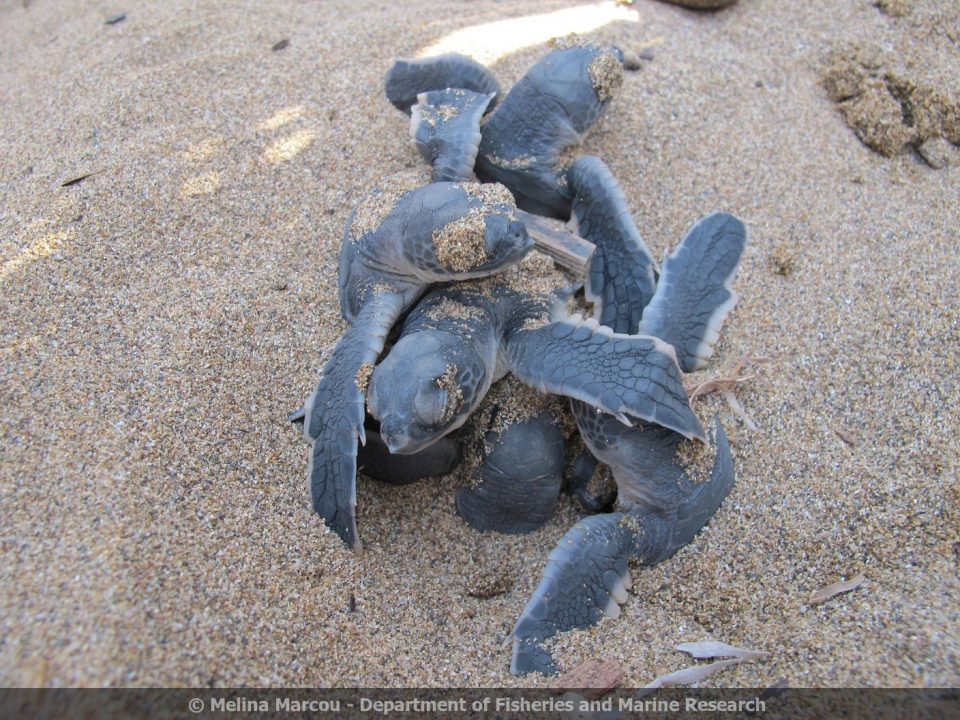 The fisheries department has called on people to be especially careful in areas where turtles lay eggs, especially the Lara-Toxeftra beach in the Akamas peninsula, but also to observe rules regarding beaches during the holiday season.

The authority recalled that within the protected area of Lara – Toxeftra, from June 1 to September 30 umbrellas, sunbeds, tents, caravans or staying at the beach during evening, starting an hour before sunset is prohibited. It also said that the only type of fishing allowed is with a rod from the shore.

It also pointed out that the passage of or anchoring of boats in the area is prohibited from May 1 until the October 31. This excludes holders of licenses for professional small-scale coastal fishing.

The fisheries department also recalled that throughout the year driving any vehicle on beaches is prohibited as well as collecting crabs from the beach. Crabs, it said, are a protected species all over Cyprus.

Leaving rubbish on beaches but also lighting bonfires or barbecues on beaches is also forbidden, it said.

According to the fisheries department, anyone caught violating these regulations is subject to an out-of-court fine of up to €8,543.

Those who visit the area of Lara – Toxeftra, but also the other beaches where there is a nesting of sea turtles such as in the Polis-Gialia area that are within the Natura 2000 network, are urged to follow the existing paths and steps and not destroy the vegetation in the sand. People who may dig in the sand are asked to level the area before leaving the beach, “to avoid creating any traps for the baby turtles that start for their long voyage on the high seas.”

Two species of sea turtles reproduce on the beaches of Cyprus, the Green Turtle (Chelonia mydas) and the Caretta caretta. “In the Mediterranean region, green turtles give birth almost exclusively in Cyprus and Turkey, while Caretta give birth in Greece and other Mediterranean countries in smaller numbers,” the fisheries department said.

Sea turtles and their eggs in Cyprus have been protected since 1971 by law while since 1989, protection of their habitat in the area of Lara – Toxeftra was secured also by law.