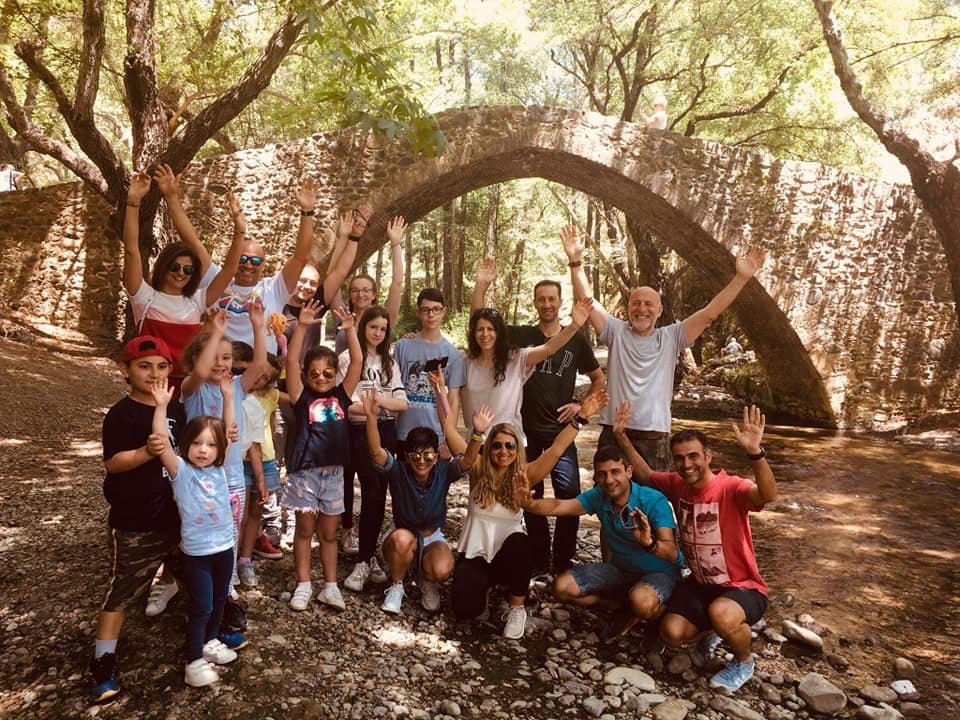 Running. It isn’t everyone’s cup of tea (or hastily snatched slice of orange). But, according to Chris A. Yiannaras, it’s the perfect activity, especially for those who are body conscious, a little unhealthy, or unenthused about any form of exercise. And, in these times of socially responsible distancing, it’s a great idea to get you out of the house!

“Running can be for everyone,” Chris reveals. “It’s part of human nature, right back through history. If you think about it, it’s probably the most simple sport out there: all you need is a pair of trainers, and you’re away!”

A former basketball player for Keravnos, 57-year-old Chris is the brains behind any number of local community efforts. It was his idea to form the island’s first volunteer Search and Rescue Team; the team which assisted authorities (free of charge, it’s worth mentioning!) during the 2007 and 2009 fires in Greece, and also helped massively in the recent refugee crises. He’s also an enthusiastic sportsman, former business consultant, part-time university lecturer, and the Race Director of the official Nicosia Marathon. But it’s RuNicosia which is his real passion project: a non-profit group which sees absolute beginners and semi-professional athletes running and training together, purely for the fun of it. 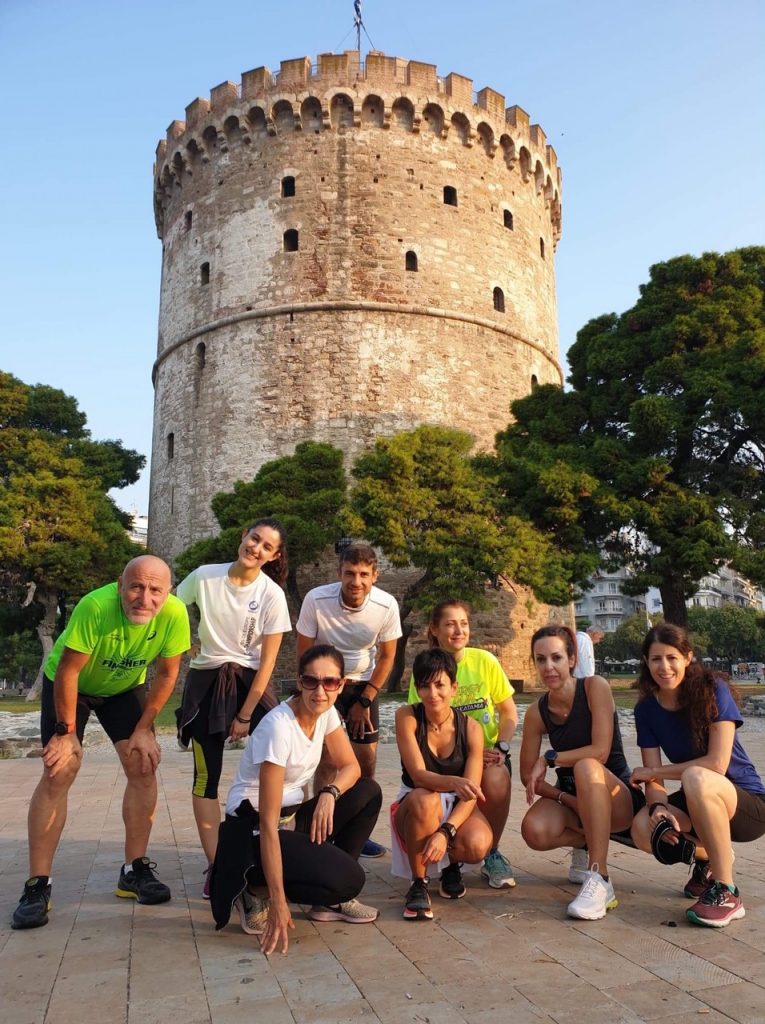 “RuNicosia promotes running as an exercise that can improve quality of life,” says Chris. “It’s a totally relaxed, fun group which is perfect for everyone; any age and ability. Couch potatoes who want to get up and get out, lonely people who want to mingle, those who want to lose a little weight: we’re the answer!”

Thanks to the corona measures, the group has seen a real uptick in members over the last few weeks. “But we’re very careful to all run at a socially responsible distance, whether we’re running round Athalassa or up Stavrovouni! We have, he adds, seen people in the parks who are not taking the measures seriously, and that’s a huge shame. But at RuNicosia, we’re following all the government directives and ensuring all new members understand what needs to be done.”

Aside from the exercise and the joy of being out in nature, there’s another plus to joining RuNicosia. At a time when many of us are experiencing income fluidity, it’s good to know this activity is completely free of charge.

“This isn’t about the money. It’s about contributing to society,” Chris explains. “There’s a recent European Commission study which reveals that for every euro we spend on sports, we save about 30 euros on health. And through running, you’re going to improve both mental and physical health. However, running can be,” he adds, “a very lonely sport. You may be participating in a marathon with 57,000 other people, but at the end of the day, you run alone. And so that’s why it’s so important to have a group like RuNicosia. You have other people running with you cheering you on, talking to you; it takes your mind off your struggles, and makes it into a happy and enjoyable activity.”

The group provides various activities for both adults and children, working on the premise that getting out and getting moving should be a pleasurable experience. “This is social running,” Chris reveals, “but just because it’s fun, doesn’t mean it can’t have huge benefits. Before the corona measures, we held training sessions at the Strovolos Athletic Centre and Athalassa Park for adults four times a week at 5am – yes it’s early, but it’s an ideal time to for professors and teachers and bank workers who need to be at work by 7am,” he adds with a laugh – “and four times a week at 7pm in the evening.

“We also enjoyed a beginners’ run through the city every Tuesday, meeting at Faneromeni and running through various neighbourhoods – to Ayios Andreas, to Palliourotissa, to Engomi. And every couple of weeks, we’d head to Limassol or Machairas or Stavrovouni for a fun run and breakfast, in an outing that’s nothing to do with competition and everything to do with enjoying yourself and appreciating good company.”

This team spirit is a big thing at RuNicosia, more important than ever in these trying times. “Nobody gets left behind,” says Chris. “It doesn’t matter whether you’re a total beginner who can hardly run a step, or a semi-professional with race experience; what matters is the support we show each other. For example, last year 30 of our members took part in the 10K Run Idalion. And, just as the first of the group were about to cross the finish line, they turned back to get the entire team – something you don’t’ often see! But then that’s the point: we all wanted to finish the race together; it’s our team spirit!”

Founded in 2018, RunNicosia already has any number of success stories to its name. “We’ve had people who could barely walk when they joined, and today they’re running 10K races,” Chris marvels. “It doesn’t matter what size you are or what experience you have – we have a place for you. Last March we were joined by three girls around the age of 15, none of whom had ever run a step,” he continues. “By September they’d run a half marathon in Thessaloniki, in a time of just two hours!

“In winter, it’s pretty dark at both 5am and 7pm. And we’ve noticed that this can actually be beneficial to our runners,” says Chris. “Many people feel more comfortable running when it’s not so light.” This effort has boosted confidence for all sorts. “Three years ago, we were approached by a man weighing 114 kilos. He was just 22 years old; upset and lonely. He’d tried the gym and it hadn’t worked; it just made him feel less confident. But we introduced him to a sports nutritionist, trained with him every single day for an entire year, and supported his journey. And just 12 months after he joined us, he completed the Paris marathon, weighing in at 78 kilos!”

A real community effort, RuNicosia is the best sort of group: free, fun, all-inclusive, and socially responsible. There are even added extras for those who fancy an extra boost of the feel-goods: “We have planned a trip to Chios in August for the half-marathon, which we’re hoping can go ahead,” Chris smiles. “And every Christmas, we dress up as Santa Claus and run to Makarios Hospital, where we sing carols, and give presents to the kids.

“The ultimate goal is to make it the largest social running club on the island,” Chris acknowledges. “But we’ve still got a way to go. At the moment, we’re reaching out to foreign students, workers, and expats – people who come to Cyprus and don’t yet have a wide social group. We’re here!” he smiles. “And we’re fun. Come and join us – everyone is welcome!”

For more information on RuNicosia, call 700 88 100 or visit the Facebook page ‘RuNicosia’