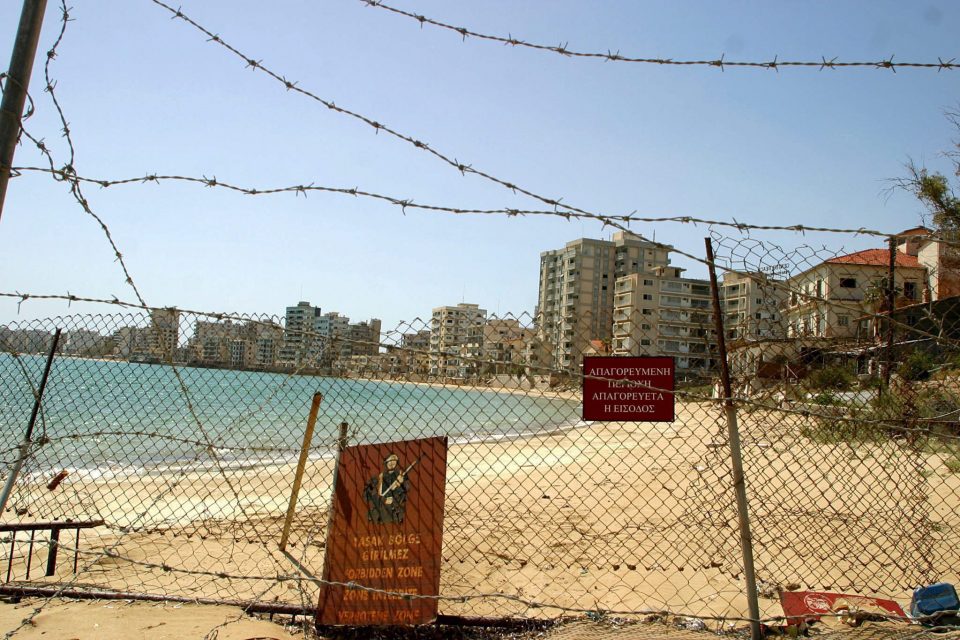 Militsa Popas Kleopas and her late husband, Popas Kleopas, were well known to all Famagustans. Now 95, Kleopas was 49 when she left Famagusta, on Wednesday, August 14, 1974. She took with her only some food and clothes but no valuables as she intended to return within a few days.

She was incensed by recent claims from historian Andros Pavlides that Famagusta residents unnecessarily abandoned their town during the 1974 invasion and would never have lost it if they had stayed put.

In an interview with Sunday Mail columnist Christos Panayiotides she describes what happened and why Pavlides was wrong.

Between the first and second phase of the Turkish invasion many people, who were displaced from the Kyrenia area, came to Famagusta and took temporary shelter in friends’ homes or in hotels that had already been vacated by holiday-making tourists. The horrible maelstrom of the war, the eye-witness reports of torture, rape and execution inevitably created a climate of fear and anxiety.  These stories were confirmed by the on-going references by the Cyprus Broadcasting Corporation of “the regular retreating of our military forces”.

Then the Geneva ceasefire talks collapsed, the second phase of the Turkish invasion was launched in the afternoon of August 13 and intensified early August 14 with Turkish tanks advancing towards Famagusta and Varosha was bombarded by air and sea. The people of Famagusta, mainly women and children, felt the need to seek safety in the neighbouring villages, particularly when the military and the civil authorities of Famagusta were ordered to relocate to the Limassol area which, due to its proximity to the large British base of Episkopi, was considered to be a safe area.

At around 7.00am on Wednesday, August 14, my husband, my father and one of my two sons, all got into an old car of ours – our two newer cars were left at home because we believed they would be safer there – and we set off for Dhekelia.

Just after we reached Derynia, my father, Michalis Psaras, who was in a good shape despite his age of 74, said he had to go back as he could not bring himself to leave his orchard at Kato Varossia behind. He returned home and remained there for a few weeks until he was discovered by Turkish soldiers who blew up and ransacked the safe in which we had placed all our valuables, and arrested him. He was held in the Famagusta prison for a few weeks and then, due to his age, he was transferred by the United Nations/Red Cross to the unoccupied areas. His cellmates were not so lucky and most of them are still classified as missing persons.

Some people have recently argued that the Famagustans deserted their city and therefore do not have the right to demand their return.

These are ridiculous arguments. When the army and the police had abandoned the city, what were the elderly people, the women and the children meant to do? From what I learnt later, Nicosia was abandoned in exactly the same way and most of its residents found themselves on the Troodos mountains and in Limassol, where the government had fled. I feel very annoyed by this kind of garbage. I feel that, on top of losing our wealth and our livelihoods, as a result of the irresponsible and incompetent behaviour of those who were in command at the time and the general collapse of the mechanisms that were supposedly there to protect us, we now have to suffer the pain of certain people rubbing salt against our wounds. These people are unabashedly adding insult to injury.  Shame on them!

Could it be argued that the Famagustans have failed to return to their homes because over the years they did not exercise sufficient political pressure in the direction of a compromise settlement that would have enabled them to return?

That the Famagustans can be held responsible for their non-return because they failed to exercise the necessary political pressure, is a position which I also reject outright. They have shown great sensitivity to the predicament of all the people made refugees by the Turkish invasion, and have avoided acting in isolation – a course that would have probably resolved the problem of being allowed to return to Famagusta. This national sentiment should be praised, not criticised.

I am 95 years of age and I continue to hope that I will manage to go back to my home before I die.  I would like the political leadership to hear my cry of desperation and act.