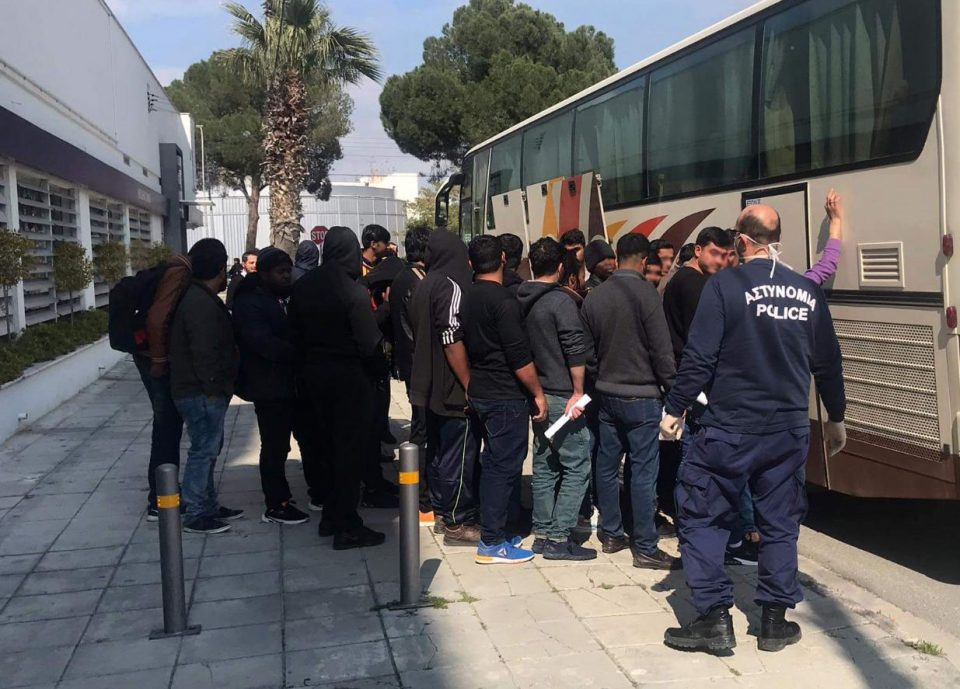 Last year, Cyprus received 13,650 asylum applicants compared to around half that number in 2018

Bangladesh, India and Pakistan on list of 21 ‘safe’ countries from where asylum applications will be rejected

In mid-June Interior Minister Nicos Nouris unveiled sweeping new policies aimed at containing and managing the influx of asylum seekers. The two-pronged strategy, it is claimed, will halt the island’s saturation with economic migrants posing as something else. But as always, it remains to be seen whether the enforcement and application will yield results.

A recent report by the European Asylum Support Office (Easo) said Cyprus is among the EU member states receiving more asylum applicants per capita last year than during the migration crisis of 2015.

The report said the Republic had one of the sharpest increases in the number of applications in 2019, to the tune of 76 per cent compared to 2018. Last year, Cyprus received 13,650 asylum applicants compared to around half that number in 2018 and one-third in 2017. The top country of origin of applicants by 20 per cent, was Syria.

Cyprus is also the country facing the largest relative backlog, with more than 2,000 pending cases for every 100,000 inhabitants. According to the data, 18,795 cases were pending at the end of last year, an 85 per cent increase compared with 2018. The top country of origin for these pending cases was again, Syria.

In a presentation on June 18, the interior minister noted that post-2014 the number of asylum applicants reached 34,000, almost Paphos’ population, putting Cyprus on top of the list of EU countries in terms of numbers of asylum seekers.

He reiterated that asylum seekers amount to 3.8 per cent of the country’s population whereas in other frontline countries this percentage is under one per cent.

Other than the demographic aspect, Cyprus lacks the resources to cope with the hosting and processing requirements, Nouris said.

Before the Covid-19 situation hit, the top ten countries of origin of new asylum seekers during the first three months of 2020 were: Syria, India, Cameroon, Bangladesh, Pakistan, Nigeria, Georgia, Nepal, Democratic Republic of Congo and Egypt.

The two main modes of entry of people who end up seeking asylum are: across the buffer zone, from the north of the island; and secondarily people coming here for studies. The former category comprises around 75 per cent of asylum seekers. The latter category either vanish from college after a few months or even weeks, melting away into the population as illegals, claim asylum or else enter into sham marriages.

According to the interior ministry, from 2017 to 2019, 3,214 individuals who came here as students initially ended up filing for asylum. In the same time period, 2,239 entered into wedlock with EU citizens that are considered sham marriages.

To stop this, as of the next academic year (September), all institutes of higher education will be required to beef up their admission policies. College applicants must furnish a bank statement affirming they are able to pay at least one year’s worth of tuition fees. They must additionally produce a sworn statement that they are not coming to Cyprus because their life is in danger. And they must prove they possess a solid knowledge of the English language, either by presenting an international accreditation or by taking an oral test.

Lastly, their right to employment will be restricted to vocational training as part of their studies programme, while colleges will not be able to enroll more students than the permitted number approved for them by the education ministry.

Mary Koutselini, head of the Agency of Quality Assurance and Accreditation in Higher Education, told the Sunday Mail the issue of pretend students has been occurring for years, to the full knowledge of authorities.

Asked why this was allowed to go on so long, she said it was because up until now colleges faced no sanctions for enrolling people not meeting minimum admission requirements.

Until now, the education ministry designated for each college a certain number for student attendance, based on spatial capacity – infrastructure, students per square metre and so forth.

But whenever colleges were found to have ‘lost’ a number of foreign students during the course of the academic year, the ministry would not penalise them – their enrollment ‘quota’ for the next academic year remained intact.

So no disincentive existed for the colleges to stop loading up their classes.

Under the changes now being proposed, authorities will tackle the problem indirectly – mandating enforced minimum English-language qualifications for college applicants.

This practice will no longer be tolerated if the changes go through, she noted.

Christoforos Hadjikyprianou, chairman of the board at the European University of Cyprus, was adamant that the issue of fakers does not pertain to the universities, but rather the smaller colleges.

“To my knowledge there has not been a single instance of an asylum seeker in our university,” he said.

“Our foreign students are for the most part from European countries, and we have very few from China. We don’t currently have any students from Africa,” said Hadjikyprianou.

Students from countries like Lebanon and Jordan can be counted on the fingers of one hand, he remarked.

Sixty-two per cent of their students are Cypriots, 30 per cent Greek nationals, and the remaining eight per cent other foreign nationals. European University has approximately 6,500 students.

That’s the containment part of the strategy. The backlog management side pertains to people coming in through the north.

The chief tool in tackling this situation is a list of ‘safe countries’. Asylum applications from these countries shall be considered manifestly unfounded and denied on a fast-track basis, unless the individual provides concrete proof he or she is truly at risk in their country of origin.

The list applies to all asylum seekers, no matter how they entered the Republic.

The policy also involves beefing up the service that processes applications by employing 30 additional officials in order to achieve the goal of examining manifestly unfounded applications within 10 days maximum.

Once the Asylum Service denies an application, the applicant may appeal with the administrative court. The new rules in the pipeline will slash the time of filing from 75 days currently, to just 15 days. Guidelines issued to authorities envisage completing the entire process – whether an application is approved or denied – within no more than three weeks.

What’s more, should an applicant’s appeal be denied by the administrative court, he or she can appeal again with the supreme court. The new policy aims to reduce the maximum time of filing to the supreme court from 42 days to 10 days.

In the event recourse is made to the administrative court, and the latter finds against the asylum seeker, the deportation order is executed immediately, irrespective of whether the applicant plans to take the case to the supreme court.

This is perfectly in line with EU law, an interior ministry source tells the Sunday Mail. The Republic has no legal obligation to keep a denied asylum seeker here even if he or she plans to appeal with the supreme court.

However, should the supreme court subsequently uphold the appeal, then arrangements would be made to bring back the deported applicant.

Speaking on condition of anonymity, a UNCHR source said the purpose of the changes is to expedite asylum applications, but voiced concerns over the brevity of filing an appeal to an asylum denial decision.

Also, the administrative court decision is issued in Greek only, unintelligible to asylum applicants.

Other legislative amendments will crack down on municipalities found to be conducting sham marriages, by stripping them of their licence.

The proposed new measures regarding sham marriages and speedier asylum procedures are currently before the House of Representatives and are due to be voted on in the coming weeks.