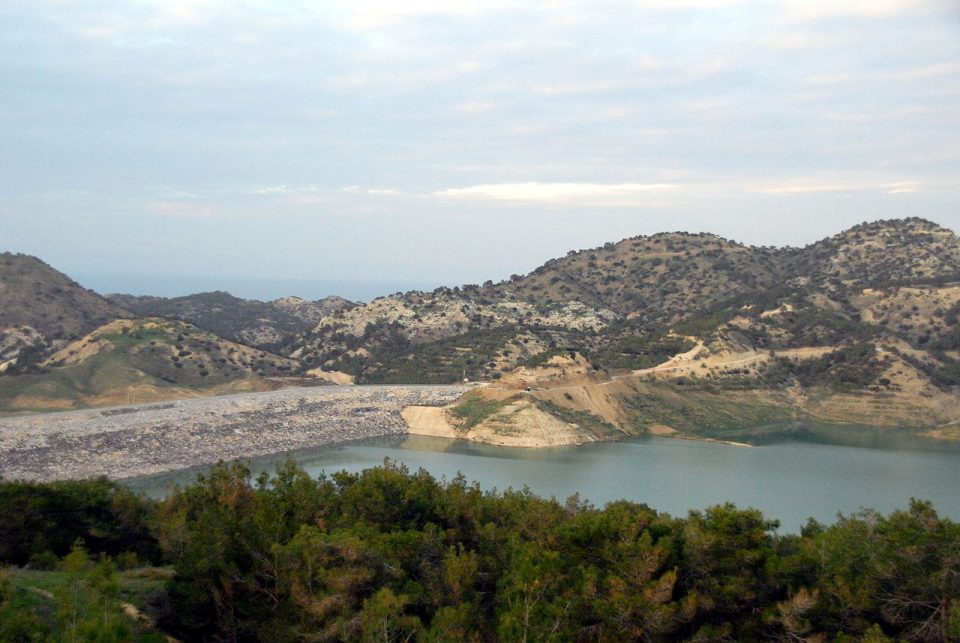 Fears of a midsummer water shortage in northern Cyprus are rising as experts now estimate the north has approximately enough water to get by for two months at most.

A rupture in the water pipeline from Turkey back at the beginning of January and subsequent delays to repairs because of setbacks attributed to the coronavirus pandemic have seen water levels at the north’s main reservoir in Panagra (Gecitkoy) drop this month to 7 million cubic metres,  the lowest level since October 2015.

Dursun Oguz, the north’s ‘agriculture and natural resources minister’, is confident that the waterflow from Turkey to the island will be restored by the end of August and has told the Sunday Mail that the Turkish Cypriot community has nothing to worry. Nonetheless, the opposition accuses the UBP-HP coalition ‘government’ of not having a B plan to fall back on in the event of further delays.

Oguz flatly denies that this is the case. “I assure everybody we won’t experience a water shortage this summer. The situation will be resolved within next two months. Also, for the last two months we have been using water from local resources,” he said.

He conceded that repairing the pipeline would be a costly and complicated operation, noting that a special factory had to be built in Turkey in order to produce 10 huge HDPE 100 (High Density Polyethylene) pipes needed to replace those that had been damaged.

Last week, he said, the factory went into test production mode which means that soon real pipe production will start.

According to Oguz, the Turkish Water Works Authority (DSI), which is responsible for  the 80-km-long, undersea pipeline, signed three tenders covering the repair work.

“The first tender was for designing the repair project, the second for production of the pipes, and the third for their installation in the sea,” he said.

The first and third tenders were won by an international consortium led by the Turkish company Kalyon, while the second went to Turkish manufacturer Firatpen. The production of ten pipes will cost 35 million TL while installation costs amount to 483 million TL. Both companies are familiar with the pipeline configuration, having been involved in its initial construction.

News about the pipeline damage caused by strong sea currents first reached the north on January 8. At that time there was 20 million cubic metres of water in the Panagra (Gecitkoy) reservoir with no more water having arrived from Turkey since then.

“In January a Turkish navy ship inspected the pipeline and compiled an initial damage report indicating the damage took place very close to Turkey’s shore. It occurred in a place where there is a significant increase in the depth of the sea so that instead of resting on the seabed the pipeline has to be suspended 250 metres below sea level. This is one of the most vulnerable parts of the whole pipeline.” Six pipes broke as a result of the damage caused by strong currents.

“This will be a final assessment of the pipeline situation before the repairs start. After Kalyon’s report we will know how many new pipes in total will be needed,” Oguz said.

The ‘minister’ estimates that the Firatpen factory can produce one pipe every three days so that all the pipes should be ready by the end of July.

“Then the pipes will be transferred to the sea and towed by ships to the sites where damage occurred. By the end of August, all repair and maintenance work on the pipeline will be finished.”

Meanwhile, the Water Department has been going ahead connecting local underground water resources with the purpose-built, new water network that since 2016 has been delivering Turkish water to households in north Cyprus.

“Every day, 100,000 cubic metres of Turkish water leaves the Gecitkoy (Panagra) reservoir so we are trying to support the system with the addition of local underground water as well. In addition, we are working on reconnecting Nicosia to the old system that brought water to the capital from Guzelyurt (Morphou). This is actually the most difficult bit but very important since Nicosia doesn’t have any water resources of its own. Every other municipality does. Nicosia is the exception.”

But Erkut Sahali, MP from the main opposition party CTP and a former ‘minister of agriculture’, has challenged the ‘government’s’ claims that everything is under control. “The truth is that no one knows if we will be OK. If indeed the repairs finish by late August, fine. However, they are working to a very tight schedule and if there are any delays and they don’t finish by the end of September, we will definitely have a water shortage. What then? Is there a plan B? Why doesn’t the government introduce some emergency water rationing plan so we know we are safe?”

Sahali also queries just how much water the municipalities can get from their own underground resources at present.

“After water from Turkey started flowing in in 2016, the old distribution system was closed. Nobody used it anymore, nobody spent any money on maintaining it. Pipes have rusted, pumps have gone missing… How much of the old system is now reconnected and how?”

Ozlem Ersuz, north Nicosia municipality water department’s deputy head, says she too feels anxious about the possible water shortage and is concerned about the impact it would have on the city.

“Nicosia has no underground water sources so all our water comes from Gecitkoy (Panagra). Before the Turkish water was pipelined to Cyprus, we were receiving water from Guzelyurt (Morphou). But right now the old system is not working so there is no possibility of going stright back to the old arrangement.”

Ersuz told the Sunday Mail that she was in touch with the north’s Water Department responsible for providing water to all municipalities. She has been assured that, while they are 100 per cent certain the pipeline will be repaired to schedule, should there be any unforeseen disruption to overall water supplies, Nicosia, because of its unique situation, would be given priority.

“We will see what will happen,” she says. “For the moment we don’t have any information. Water is the most important thing and Nicosia consumes 16,500 cubic metres a day. If there is a shortage, we may need to start rationing.”

Naci Taseli, head of the Famagusta municipality Water Department says that due to the pandemic the town consumes about 10-20 per cent less water than usual but in the event the pipeline is not repaired on time, its situation would be dire as well.

“Famagusta has been having water problems since the 1960s. We have very little underground water resources, with 80-90 per cent of our water coming from Gecitkoy (Panagra). The rest is provided by the desalination plant we built in 2009. If Gecitkoy is empty, we won’t have enough water, not even for rationing.”

Before 2016, most of water distributed to Famagusta’s households came from Morphou (Guzelyurt). The desalination plant can cover up to 40 per cent of the town’s needs but its water is three times as expensive as Turkish water. Moreover, according to some newspaper accounts, the municipality owes the company that operates the plant around one million dollars which means the plant is operating at about one-third capacity and lacking proper maintenance. Famagusta uses about 15,000 cubic metres of water a day.

“Even if they reconnect us to Guzelyurt the truth is there is not enough water there for everybody. Nobody knows what will happen if the pipeline repair is delayed. We think about this every day,” a clearly concerned Taseli says.

At present, 75 per cent of Turkish Cypriot households receive their water from Turkey. The municipalities pay 2.3 TL per cubic metre and then adjust the prices they charge to take account of their operating expenses.

The pipeline supplies the north with about 72 million of cubic metres a year. About half of it is distributed to households, with the rest to be allocated for use in agriculture.