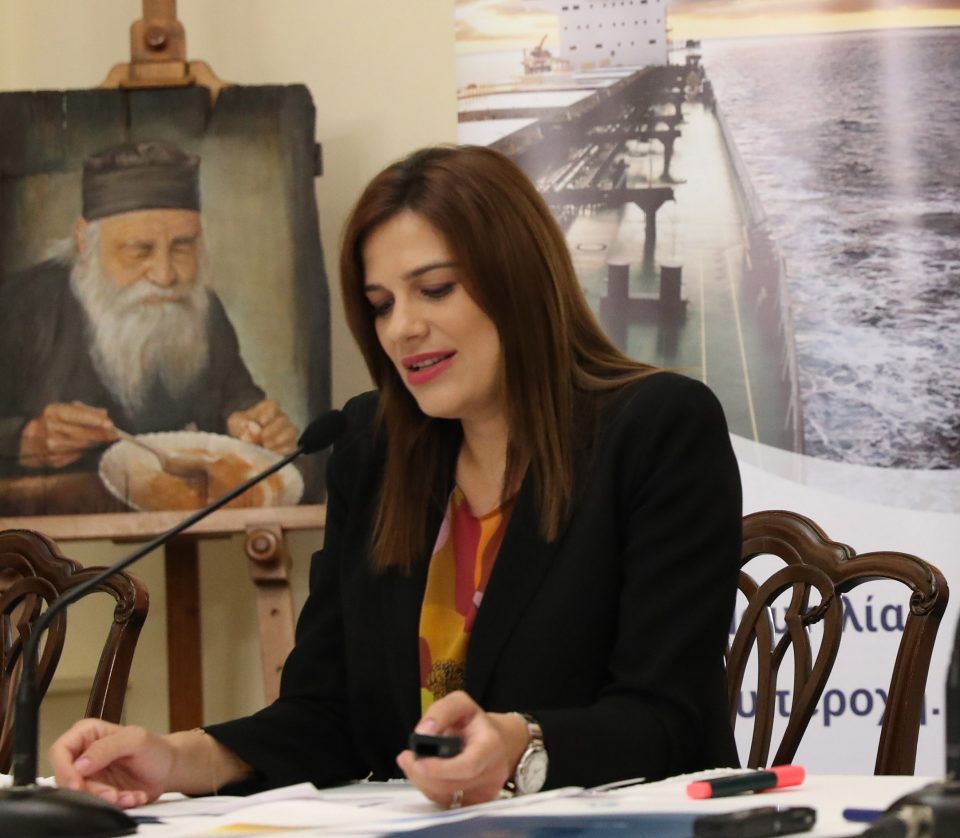 Funding approval has been received from the EU for a ferry link between Cyprus and Greece that will allow it to go ahead with the aim of having it up and running by next year, outgoing deputy shipping minister Natasa Pilidou said on Monday.

During a news conference reviewing the past two and a half years since she took on the role of the island’s first deputy minister for shipping, Pilidou said that it a major achievement for the project to secure approval for the €6m funding for the ferry. Brussels gave the green light last Friday, she revealed.

The aim is to have ferries up and running by 2021, departing from Limassol or Larnaca port towards Piraeus with possibly an in-between stop at a Greek island.

The service will be operated with a RoPax ferry allowing up to 200 passengers to go onboard and cabins for at least 140 people if the length of the journey is more than 16 hours.  Transport of vehicles and cargo will also be possible at extra cost.

Talks were ongoing with the European Commission’s competition authorities since July 2019 and after a year, the EU agreed to determine the ferry links as a service of general interest and therefore could be set up using state funding.

“We are particularly pleased over this positive development,” Pilidou said. But, though an important step has been taken, there was still a long way ahead, she added The next step will be having an open tender competition.

Hopes had been high for the ferry service to begin this year but Pilidou said the complications involved in the procedure, plus the advent of the coronavirus meant it would not now materialise this year, and 2021 was more realistic, at this stage, she said.

“We have taken an important step towards the implementation of this project, as obtaining approval from the European Commission is crucial and a prerequisite for further action,” she added.

The €6m funding will only cover the cost of travel for passengers and not cargo so as to ensure companies are not overcompensated. The concession will be for three years with a right to renew for another three years. The ship will have to fly an EU / EEA flag. Its age must not exceed 35 years. Bidders should also ensure the availability of a backup ship in the event that the main ship becomes unavailable. Pilidou said there was interest from both Cypriot and Greek companies.

These costs exclude port taxes which would an add approximately €20 to €30 to the aforementioned prices.

Costs for transporting a car will be maximum €75 one way for a vehicle up to five metres long and €150 return. Transporting a motorcycle is estimated to be €50 one way and €100 return.

Between May and September the ferry will be offered once a week and once every two weeks between October and April.

The ministry’s goal “is to strengthen Cyprus’ connectivity with mainland Europe. Currently, the only means of transport available to and from Cyprus is air transport,” Pilidou said.

During her news conference, Pilidou outlined some of her ministry’s biggest achievements, as she is prepared to leave the helm of the ministry and take the government’s energy portfolio.

In general, over the past two years, she said, Cyprus had improved its image as a shipping centre, boosted its digital services, is proceeding with blue growth, has simplified its ship registration procedure and boosted its competitiveness.

Cyprus’ shipping tax system was re-approved at EU level for another 10 years and “this development ensures a sense of stability and trust in the shipping industry,” Pilidou said.

The island’s flag has also been added to the Qualship 21 (quality shipping for the 21st century programme) which recognises vessels and flag administrators for their commitment to safety and quality.

There are 242 companies registered under the tonnage tax system up from 168, two and a half years ago, while Cyprus’ fleet has increased with more than 24m tons since then. Passenger ships have more than doubled from 40 when Pilidou took over to more than 90, she said.

In the past two-and-a-half years, meetings have been held with more than 300 companies, Pilidou added.