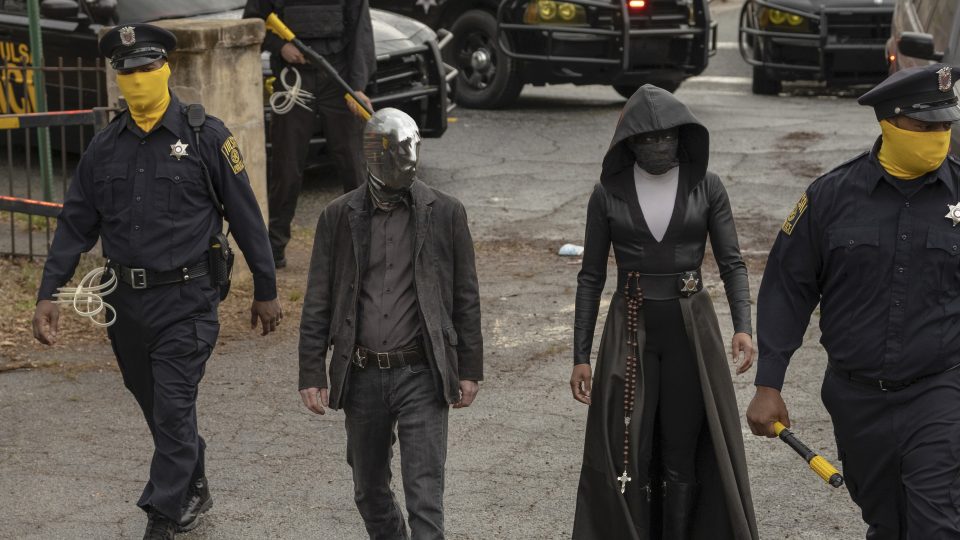 Last month, American television network HBO announced that it would make all episodes of TV series Watchmen free to stream on demand, “as an extension of the network’s content offering highlighting Black experiences, voices and storytellers”. The network followed this up with a marathon of the series on HBO on June 19. Juneteenth is the annual date upon which the emancipation of all those who had been enslaved in the United States is celebrated.

The Watchmen series is based on the 1986 DC Comics graphic novel of the same name. The original story was created by English writer Alan Moore and artist Dave Gibbons. Moore is not credited anywhere in the series due to a long-running dispute with DC Comics which resulted in Moore’s request that his name not be associated with any on-screen projects based on his work. Gibbons, however, accepted an invitation to be involved with the development of the show and provided illustrations in the same aesthetic as the original series.

TV series creator and writer Damon Lindelof’s adaptation broadly depicts a story thematically faithful to the original Watchmen while also honing in on issues the original took a somewhat more elliptical approach towards.

The 1986 story subverted the superhero genre by ramping up some of the core character attributes of pastiche heroes to highlight the absurdity and insanity of the medium.

An unrelenting pursuit of justice can fashion a violently uncompromising psychopath; God-like powers to manipulate matter to the subatomic level can push someone towards aloofness and erode their humanity; supreme intellectual capabilities may provide such determination to strive towards the long-term that short-term casualties become an acceptable byproduct.

Despite Moore and Gibbon’s excellently nuanced portrayal of these deeply flawed characters, their negative traits did not stop readers and, more recently, audiences from being fascinated by them and seeing no irony in deifying them in a vein similar to traditional heroes.

Lindelof’s proposition makes things somewhat clearer. The original’s psychopathic vigilante Rorschach remains one of its most popular characters. In a 2019 piece writer Alex Abad-Santos explained that “readers who don’t see Rorschach’s worldview as nihilistic and reprehensible are often like Rorschach himself: unable to see the problem with believing in such rigid, self-interested moral codes.”

Lindelof’s take on the character is both faithful and well-fitting within the Moore ethos, but it also moves the story and character development forward in an undeniably organic way. The original Rorschach has provided many memorable quotes through the use of the diary journal storytelling device. His entries include the infamous “The streets are extended gutters, and the gutters are full of blood, and when the drains finally scab over all the vermin will drown. The accumulated filth of all their sex and murder will foam up about their waists and all the whores and politicians will look up and shout ‘Save us!’ and I’ll whisper ‘No.’”

The latest version simultaneously advances and rejigs this to its natural conclusion in a present-day world riddled with societal issues, ever-deepening division and extremism. “Soon the accumulated black filth will be hosed away and the streets of Tulsa will turn into extended gutters overflowing with liberal tears,” an artificially altered voice states with threatening intent, before mentioning “whores and race-traitors”.

Lindelof wastes no time nor is in any mood for shrouding violent tendencies and corrupt ideology in opaque, over-intellectualised monologues or tacit on-screen action. If you didn’t know that you were rooting for an at-best objectionable character in the years following the 1986 graphic novel release, you have no excuse for not doing so now. “Men get arrested; dogs get put down,” the original Rorschach declared. The problem is leaving the decision of who gets to be deemed a dog on a disturbed, socially inept, self-righteous, obstinate individual.