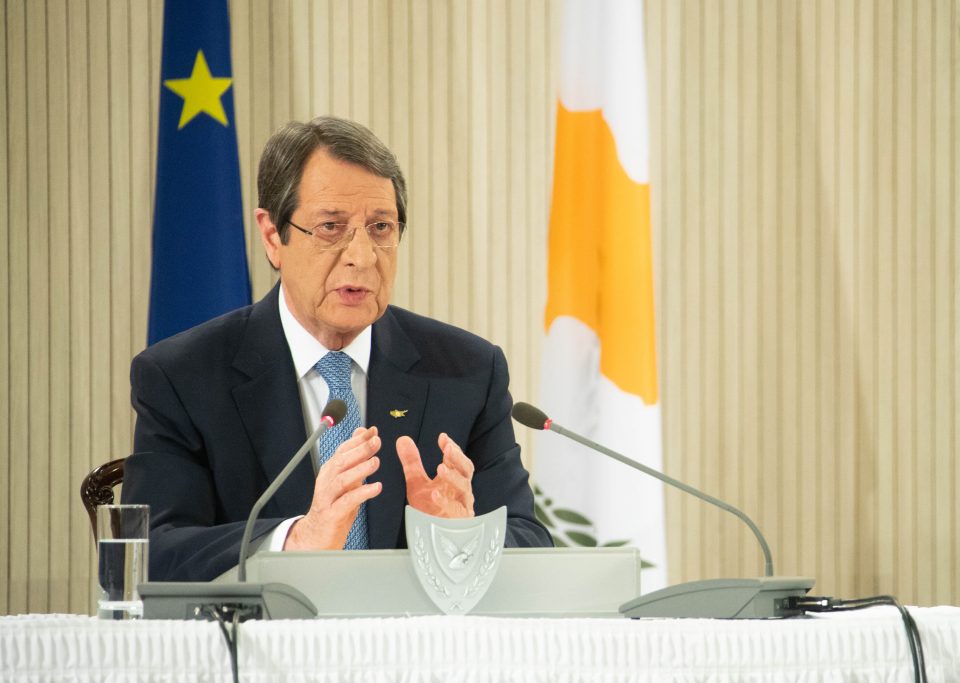 President Nicos Anastasiades on Tuesday called on the EU to ponder what problems could arise if it tolerates Turkish audacity.

He was commenting on statements by Turkish Foreign Minister Mevlut Cavusoglu on Monday following his meeting in Ankara with EU High Commissioner Josep Borrell.

The Turkish minister accused the EU of acting based on political motives and not the criteria it has set as regards Turkey’s accession process and the visa liberalisation issue while pointing out that Cyprus and Greece hold the EU-Turkey relations hostage.

Cavusoglu also said Turkey was willing to talk with the EU to solve the issues jointly faced but called on the bloc to be an honest broker and not act in a biased manner in favour of Cyprus.

“Europe needs to consider what possible tolerance [of this stance] can cultivate,” Anastasiades said.

He added that Turkey was a “troublemaker” that seeks to bring the whole of the eastern Mediterranean under its control and to control a number of countries in that region.

“It is both unthinkable and unacceptable, not only under international law, but also on the basis of the established practice of friendly relations that should be in place between neighbouring countries,” he said.

On Cyprus’ positions at the EU Foreign Affairs Council and the European Council that will take place next week and which will have EU-Turkish relations on the agenda, Anastasiades referred to the multiple efforts being undertaken in coordination with Greece, France and other countries and partners.

“The effort is to achieve the suspension of this unbridled stance by Turkey to impose its own international law, through the expansionist policy evident through its actions.”

Asked what Borrell meant when he said on Monday that it was the start of a dialogue between the EU and Turkey, the president said they would be briefed about this in due time. He added that an initial briefing was given to the foreign minister but that more details would be given later.

Borrell, had said on Monday that he initiated the launch of talks between Turkey and the EU and its member states.

He also said that Turkey may not not recognise it, but the Republic of Cyprus is a member of the EU, stressing that a solution must be found to their joint problems that satisfies both sides.

Borrell’s visit to Ankara follows those in Athens and Nicosia ahead of  the EU Foreign Affairs Council on July 13, which is expected to discuss the EU-Turkish relations.

How to properly submit a press release