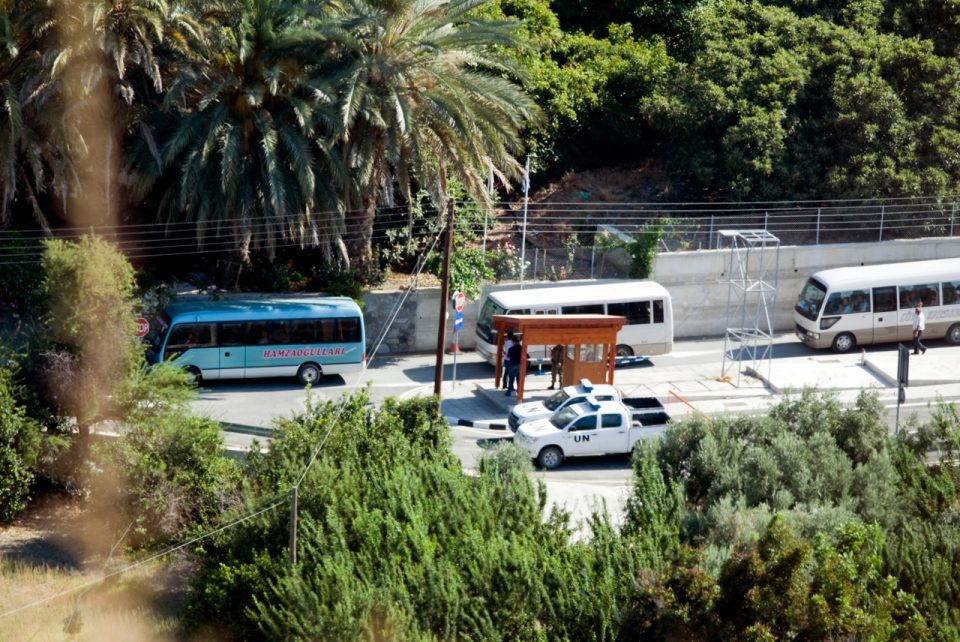 Unficyp said on Tuesday it was engaging with the Turkish Cypriot side to clarify the situation at the Limnitis crossing point, after the new arrangements announced by the north excluded Tylliria residents from the groups that did not have to present a test certificate every three days.

Unficyp spokesperson Aleem Siddique told the Cyprus News Agency that the mission is monitoring the situation at the crossing points, including Limnitis, “very closely.”

“We are engaging with the Turkish Cypriot side to clarify the situation at the Limnitis crossing point,” he said.

On Monday, Kato Pyrgos residents staged an impromptu protest after learning that they were not among the special groups of Turkish Cypriot workers and students, patients, and Maronites and Greek Cypriots living in the north.

Kato Pyrgos residents who work in Nicosia and who need to cross through Limnitis to avoid travelling further through a mountain route that takes around three hours each way to get to Nicosia, were initially included in the special groups as part of an agreement between the two leaders.

They will now, like the rest of people wishing to cross to the north, have to present a negative Covid test certificate every three days.

The residents blocked a road in their area leading to the Kokkina enclave which is a Turkish military zone for a few hours.

The residents warned they would escalate measures.

The Limnitis crossing was among the last to reopen after the two sides relaxed restrictions aimed at stopping the coronavirus from spreading.

Edek on Tuesday called on the government to assume the costs for the coronavirus tests the Tylliria residents will have to take to be able to use the Limnitis crossing for their daily commute to and from Nicosia.

Turkish Cypriots working in the south also reacted to the latest measures announced in the north, arguing that the obligation to get tested every 15 days would cause chaos. They accused the ‘government’ of hating them and asked who was going to assume the test costs and how long it would take for the results to be ready. They expressed fears that they would lose working hours if they would have to get tested on weekdays.

12 flights in and out of Paphos on Tuesday