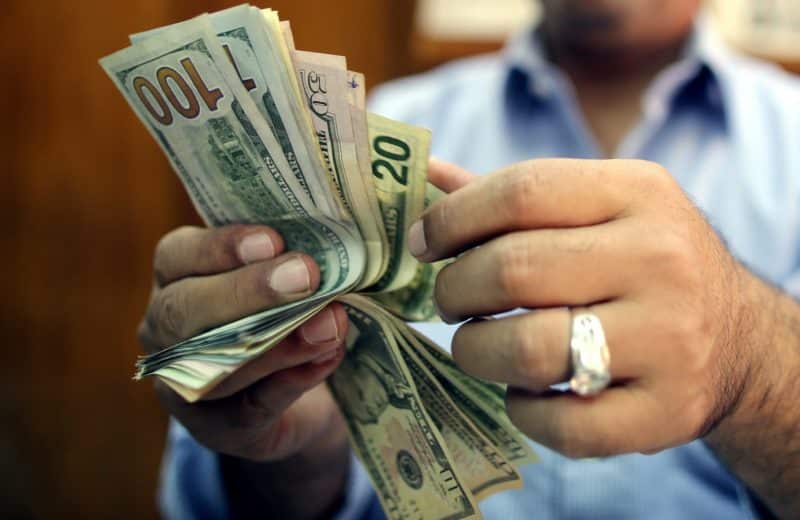 The dollar found some traction on Tuesday, as risks from rising coronavirus cases offset strong economic data and kept a lid on confidence in an economic recovery from the COVID-19 pandemic.

Following a Monday slide, the greenback was steady on most majors and clung on near a two-week low against a basket of currencies , tracking the mood in equity markets.

The Australian dollar pulled back from a one-month high after the country’s second-most populous state announced six weeks of stay-at-home restrictions and a lockdown for the city of Melbourne to curb rising cases.

The Aussie was unmoved after Australia’s central bank held the country’s benchmark interest rate at a record low 0.25%, as expected, and said it would maintain its accommodative approach for as long as required.

The Chinese yuan picked up where it left off after soaring with runaway Chinese equities on Monday, but pulled back from an offshore top of 6.9965 per dollar as caution crept in.

Investors are watching nervously as infections surge in the United States and India, but are so far taking the view that more massive lockdowns are unlikely.

The yield on benchmark 10-year U.S. Treasuries has been parked at roughly 0.7% for a month, well below an early June top of 0.9590% and more than 100 basis points below where they began the year.

“If we were to suddenly see signs of a sell-off in the Treasury market, that could have big implications for where global capital sits. Until that point, it’s onwards and upwards,” Weston said. “Just do what’s working and carry on buying.”

Since April, that has been commodity currencies led among the G10 by the Aussie. It has gained 14%, the Norwegian krone 11%, the kiwi 10% and the Swedish krona 8%.

On Tuesday, the kiwi last sat steady at $0.6554 having, like the Aussie, pulled back from testing the top of a range it has kept for about a month.

“The worst is likely over, but a swift and steady recovery cannot be taken as the base case,” said Terence Wu, a strategist at Singapore’s OCBC Bank, in an outlook note expecting dollar weakness to persist, but with risks if lockdowns resumed.

Monday’s surge in sentiment came after a front-page editorial in the China Securities Journal, affiliated with state-run Xinhua, said fundamentals laid the foundation for a “healthy bull market”.

Markets are looking for a rebound in German industrial output data due at 0600 GMT and expect a slight dip in U.S. job openings at 1400 GMT in the latest economic updates.

Meanwhile, the rapid spread of the coronavirus has given some pause for thought.

Florida’s greater Miami area became the latest hot spot to roll back its reopening as virus cases surged nationwide by the tens of thousands and the U.S. death toll topped 130,000.

Australia will shut the border between its two most populous states at one minute before midnight on Tuesday, as it attempts to contain an outbreak in the city of Melbourne.

“The dollar index is firmly ensconced in a 96-98 range,” National Australia Bank analysts said in a note. “It will need a major shift in risk sentiment one way or the other to see either edge tested.”