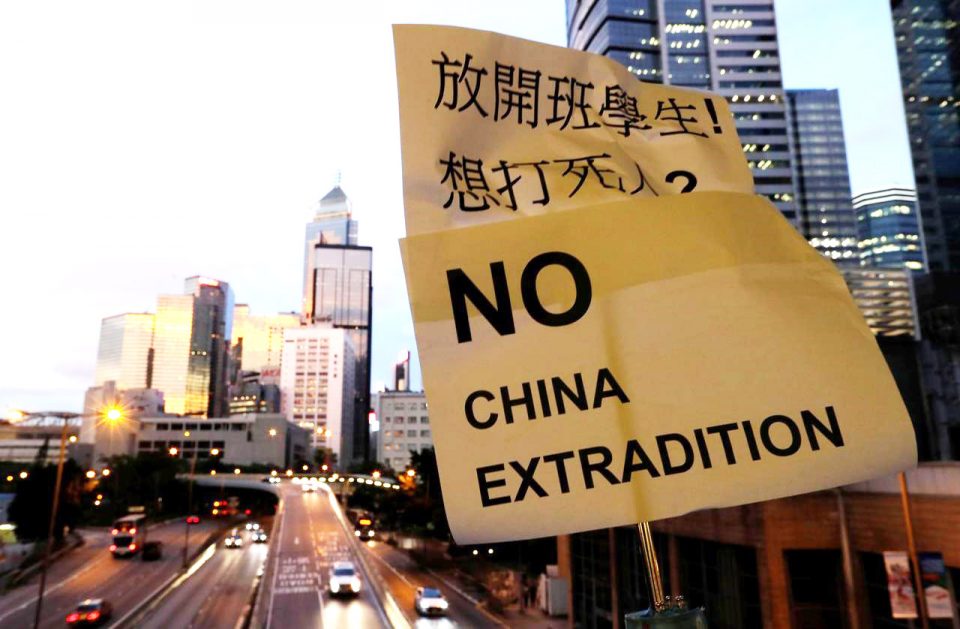 Hong Kong’s residents have two good reasons to leave: their freedoms are gone, and the economic future is grim

The stunning thing about this promise is that it applies to all three million people in Hong Kong – almost half the population – who have British National (Overseas) status by virtue of having been born there before the former British colony was handed back to the People’s Republic of China in 1997.

They don’t even need to have an actual BNO passport (as 300,000 of them do). All three million of them qualify: “all those with BNO status will be eligible, as will their family dependants who are ordinarily resident in Hong Kong. The Home Office will put in place a simple, streamlined application process. There will be no quota on numbers.”

This is an unprecedented commitment, and it’s not even a legal requirement. Britain voluntarily gave asylum to 30,000 Ugandan Asians in 1972 when the bloody dictator Idi Amin confiscated their property and expelled them from the country, but we’re talking about potentially a hundred times as many people in Hong Kong.

It is a debt of honour, however, as Britain negotiated an agreement with China that Hong Kong would keep the rule of law, free speech, and freedom of the press for 50 years after the hand-over in 1997. China has broken that ‘one country, two systems’ deal, and Hong Kongers can only expect a thinly disguised Communist dictatorship from now on.

It’s right there in the new ‘security’ laws imposed illegally last month by the regime’s rubber-stamp National People’s Congress in Beijing. New crimes include separatism, subversion, terrorism and ‘collusion with foreign forces’, the same vague catch-all charges that the Communist regime uses to suppress dissent in the People’s Republic. Maximum sentence is ten years in prison.

These laws will be enforced by China’s ‘security’ (i.e. political) police, who will now operate in Hong Kong. The charges they bring may be tried in Hong Kong’s courts, but if there are ‘certain circumstances’ or ‘special situations’ the accused can be extradited to mainland courts, entirely under the regime’s thumb, where the conviction rate is well above 99%. In other words, it’s over.

It’s not just freedom that’s over. As Chris Patten, Hong Kong’s last British governor, wrote recently: “If China destroys the rule of law in Hong Kong, it will ruin the city’s chances of continuing to be a great international financial hub that mediates about two-thirds of the direct investment in and out of China.”

The decision has been taken, and Hong Kong’s residents have two good reasons to leave: their freedoms are gone, and the economic future is grim. Many will decide to leave, but where can they go?

For the 300,000 Canadian citizens in Hong Kong, the 100,000 Australian citizens, the 100,000 British citizens and the 85,000 Americans, it’s easy. Most are ethnic Chinese from Hong Kong who understood that you could never trust the Communists and took out an insurance policy long ago by emigrating to another country and acquiring citizenship.

Most of them even bought houses, but then they moved back to Hong Kong to be with the wider family and make better money. Many will go soon, because the Chinese regime may start forbidding people to leave (it doesn’t recognise dual citizenship). Others will gamble on staying for the time being, in the hope that if it gets very bad they will still be able to get out later.

For the three million more who have BNO status, it’s a harder choice. They have much less money, and no houses, no contacts, no jobs waiting for them in Britain. But they’re ambitious, they’re well educated, and a lot of them are young. It would be surprising if at least half a million of them didn’t take up the British offer.

Just one little problem: the children of people with BNO status who were born after 1997 but are too old to qualify as dependants – the 18 to 23-year olds – are not currently eligible for BNO status. That includes a majority of the young adults who were active in the protests and have most to fear. But the British government says it is considering their case.

And one little doubt. It is still hard to believe that an ultra-nationalist British government that won the Brexit referendum with a wave of anti-foreign rhetoric, and a Home Office that still stubbornly maintains a ‘hostile environment’ for immigrants, will really keep these promises.

It would be nice if they kept their word, but it would also be quite surprising.