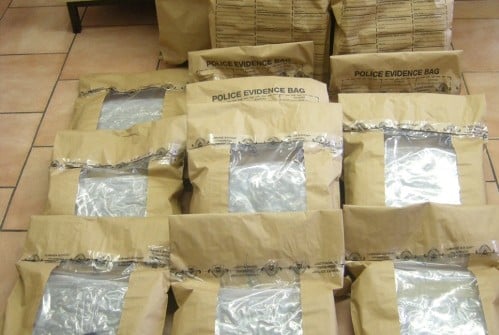 A 41-year-old arrested after police found 7.5 kilos of cannabis in a taxi is allegedly involved in the importation, through the post, of an additional 15 kilos of the drug, it emerged on Thursday.

Drug squad officers initially arrested the suspect along with the 53-year-old taxi driver on the Larnaca to Dhekelia road at around 6.35pm on Wednesday.

Officers had searched the vehicle, finding a cardboard box in the boot containing seven packages wrapped in plastic. The packages were found to contain 7.5 kilos of cannabis.

The driver was released later on after police determined he was not involved in the case.

It later transpired that the suspect was the recipient of 15 kilos of cannabis that arrived through the post on Monday. Police said the 41-year-old’s phone number was on the packages.

The drugs were seized by police who replaced the contents of the boxes awaiting their pick-up.

On Wednesday drug squad officers put the suspect under surveillance, eventually detaining him in connection with a separate haul. The 41-year-old was later remanded in custody for eight days.

Police said the suspect admitted to collecting the 7.5 kilos from a courier company in Limassol and was meant to deliver them to someone on the Larnaca to Dhekelia road.