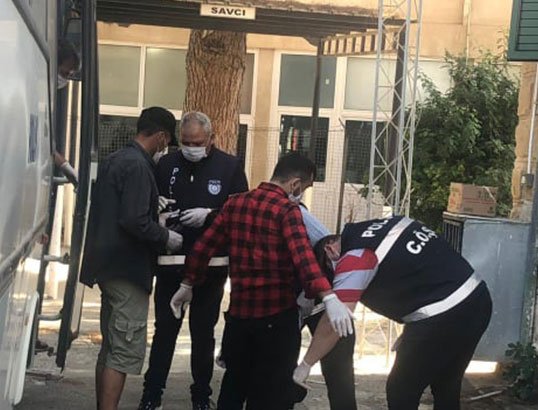 Some of the Syrians being detained by police (Yeni Duzen)

A group of 30 Syrians arrived early on Thursday in the north by boat with two men being shot and injured whilst trying to escape the police, Turkish Cypriot media reported.

According to Yeni Duzen news portal, a boat with 30 Syrians – 20 men, three women and seven children – arrived at Syrianohori a coastal village near Morphou.

The boat arrived at around 6.30 am, reports said.

Two people who were steering the boat and a man who was on the shore waiting for the boat, were arrested.

The news portal also reported that two of the migrants who tried to escape were shot and injured by the police and were taken to hospital.

Another man, who was also on the shore waiting for the boat fled and is now wanted by authorities.

Police were waiting for the group’s arrival after receiving a notification by the coast guard teams.

A glimpse of the British Museum’s highlights