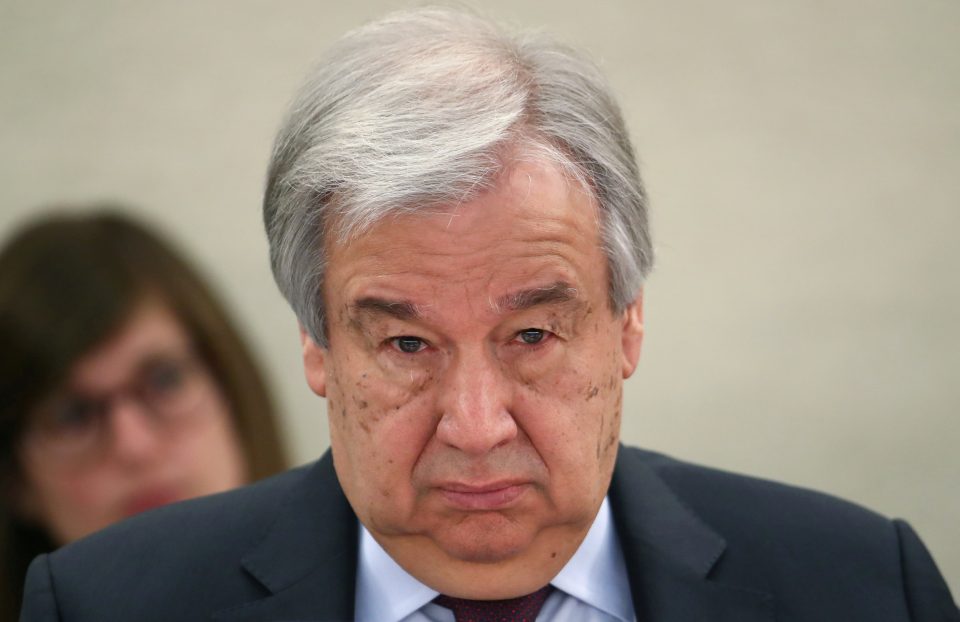 U.N. Secretary-General Antonio Guterres urged countries on Thursday to stop financing for coal and commit not to build new coal-fired power plants to enable a shift to clean energy.

He spoke at a virtual clean energy transition summit of 40 countries representing 80% of energy use and greenhouse gas emissions. They discussed steps to buoy economies, cut emissions and make energy systems more resilient to climate change.

As countries look to revive their economies from the slowdown caused by the coronavirus pandemic, governments and investors have been calling for recovery packages to focus in part on green stimulus.

The European Union and South Korea have already pledged environmentally-minded recovery programmes. But Guterres said some countries have used them to also prop up fossil fuel companies which were already struggling financially, and others have chosen to jump-start coal-fired power plants.

“Coal has no place in COVID-19 recovery plans,” Guterres said in a videolink speech to the summit, hosted by the International Energy Agency (IEA).

He said the business case for renewables was better than coal in nearly every market and that green jobs and sustainable growth are both crucial.

China, the world’s second largest economy and biggest coal producer, said it was committed to a clean and efficient low-carbon development of the energy sector.

Although coal use has been declining in some regions such as Europe and the United States, and many investors have pulled out of coal financing, it has been growing in other parts of the world as emerging economies say coal use is needed for growth.

A recent study found that China has nearly 250 gigawatts (GW) of coal-fired power now under development, more than the entire coal power capacity of the United States.

Governments have agreed to curb global warming to safer levels to avoid catastrophic effects of climate change and to achieve a net zero carbon emissions goal by 2050.

“Global energy demand has declined sharply this year and so did emissions (due to coronavirus-related lockdowns). But whether that decline will rebound or not we do not know. Ministers will decide through the policies they put in place,” said IEA Executive Director Fatih Birol.

The IEA, which advises Western governments on energy policy, said last week a huge acceleration in clean energy innovation is needed to achieve a global goal of net zero carbon emissions by 2050. It has also produced a roadmap for governments to cut carbon emissions.

PEPs list returned to House, back and forth continues