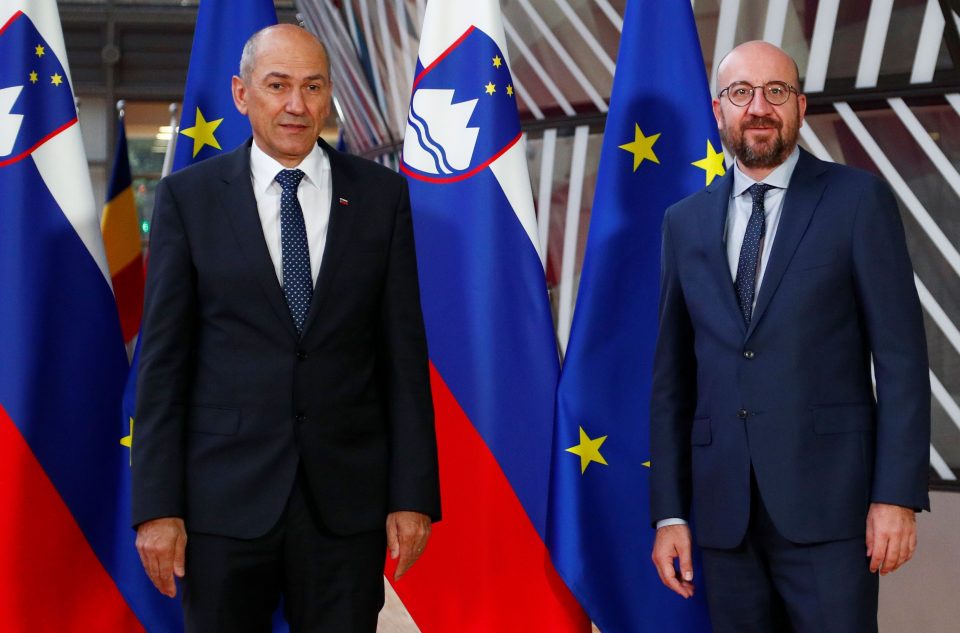 European Council President Charles Michel on Friday offered concessions to countries across the EU in a plan for the EU’s long-term budget and economic recovery plan, hoping to bridge differences between national leaders when they meet next week.

Michel, who will chair the first face-to-face meeting of European Union leaders since coronavirus lockdowns were lifted, proposed a smaller 2021-27 budget in a bid to make a mass economic stimulus more palatable to thrifty northern countries.

He proposed a long-term EU budget of 1.074 trillion euros – down from the European Commission’s suggested 1.094 trillion – and a recovery fund of 750 billion euros for pandemic-hammered economies, with two-thirds in grants and a third in loans.

“The COVID-19 crisis presents Europe with a challenge of historic proportions,” Michel told a news conference.

“We are slowly exiting the acute health crisis. While utmost vigilance is still required on the sanitary situation, the emphasis is now shifting to mitigating the socio-economic damage.”

The COVID-19 pandemic is the latest big challenge for the 27-nation EU after it struggled with a debt crisis a decade ago, chaotic mass migration, and then the trauma of Brexit.

Some leaders have even framed it as existential for the bloc, saying it cannot be seen to fail this time as eurosceptic feeling mounts in countries such as Italy.

The proposal for the seven-year budget is known in Brussels jargon as the “negotiating box”, a complex set of numbers covering spending on areas from support for agriculture to regional development, research and scholarships.

This is the starting point for negotiations between the 27 national leaders when they meet on July 17-18.

EU summits that involve money are always the most fraught, and sometimes haggling goes into an extra day or two, which is why leaders often pack for a “four-shirt” trip to Brussels.

Although setting the budget – called the multiannual financial framework (MFF) – is an arcane process, the stakes are high because such huge sums are involved.

This time, the negotiations are even more critical and complicated because the leaders will also try to agree on the recovery fund, and member states are trying to trade concessions in one against benefits in the other.

* EU budget for 2021-27 lowered slightly from previous proposals to 1.074 trillion euros to accommodate the “frugals”.

* Wealthy net contributors Austria, Germany, Sweden, Denmark and the Netherlands to keep EU budget rebates in the form of lump sum corrections to win them over to the stimulus package.

* New 5 billion euro Brexit adjustment fund to support Ireland, Belgium and other countries, regions and industries most affected by Britain’s departure from 2021.

* Grants available to member states: 217 billion euros in 2021-22 based on unemployment, demographics and GDP levels before new coronavirus struck; another 93 billion available in 2023, based on GDP drop since the pandemic.

* A third of all EU spending to go to projects advancing fight against climate change. Access to Just Transition Fund to wean off coal only for countries committed to achieving 2050 climate neutrality.

* Three-month approval process for getting recovery funds based on criteria including hitting reform “milestones and targets” and voting by majority of EU member states.

* Weaker mechanism than previously proposed to ensure respect for rule of law as condition to access EU funds, but more money for European Public Prosecutor’s Office, among others.

* The EU’s current, 2014-20 budget to be increased by 11.5 billion euros to swiftly step up spending on solvency support for companies, among others.