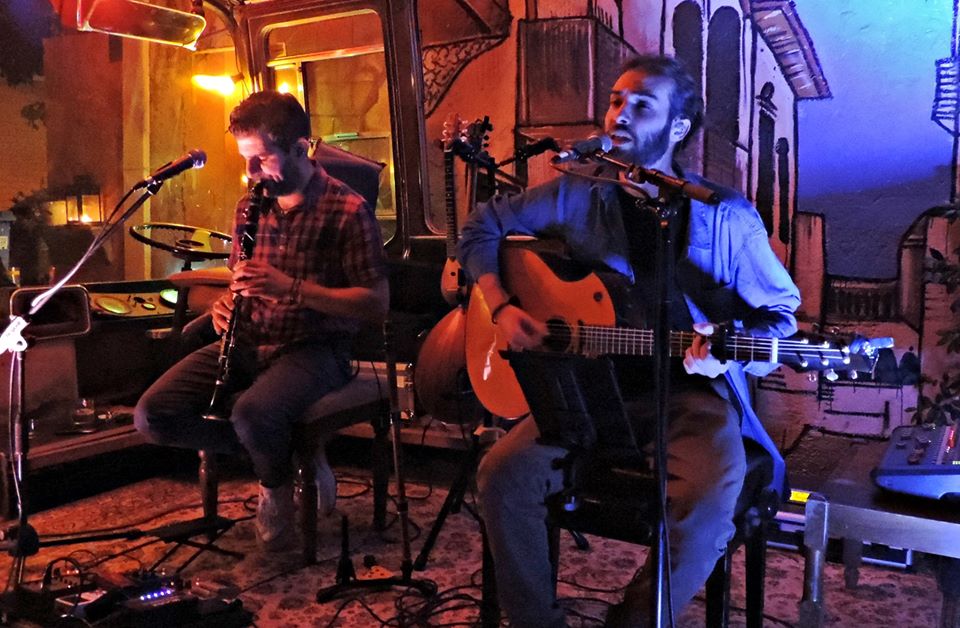 In the old part of Nicosia one café-bar is bringing numerous weekly live music performances, helping musicians recover from the dead period of lockdown while also offering some much-missed entertainment to Nicosia residents.

Kafeneio To Leoforio has been organising almost daily live music nights since the lockdown ended. This weekend three performances are on. Tonight, July 10, the Greek Jazz Project ensemble will continue their journey of discovering what Greek jazz music actually consists of and present it at the Kafeneio, starting at 8.45pm.

Tomorrow, Saturday, at the same time the Demetris Mesimeris Duo – made up of Demetris Mesimeris and Giorgos Hadjipapas – will bring bouzouki and clarinet vibes to the old town. Kafeneio to Leoforio will fill with traditional songs which touch on folklore elements, rembetiko and more.

Sunday’s soiree is dedicated to Greek music again as Stelios Vlachos performs songs from the wider spectrum of the Greek music repertoire. Stelios, the new owner of the venue and a musician as well, will be performing at To Leoforio for the next two Sundays as well, July 19 and 26, at 8.30pm.

Next week, on July 18 it’s back to jazz with the George Kalopedis Jazz Trio playing jazz standards from Nat King Cole and other favourite artists of the genre. A few days later, singers Nama and Valerie will join forces for a performance on July 21. Nama combines elements of folk, rock and classical music in her quirky compositions, all inspired by a world that exists … “above the ceiling” as she says. Valerie will perform her own songs and covers of popular pieces known to many.

Their performance will include instrumentals Rumba Arabe, Inspired and Salvaje de la Noche, as well as traditional Greek vocal songs performed in their own unique Flamenco – Rumba style, with inspirations from Greece and the Middle East.

Aglandjia election for mayor on August 2