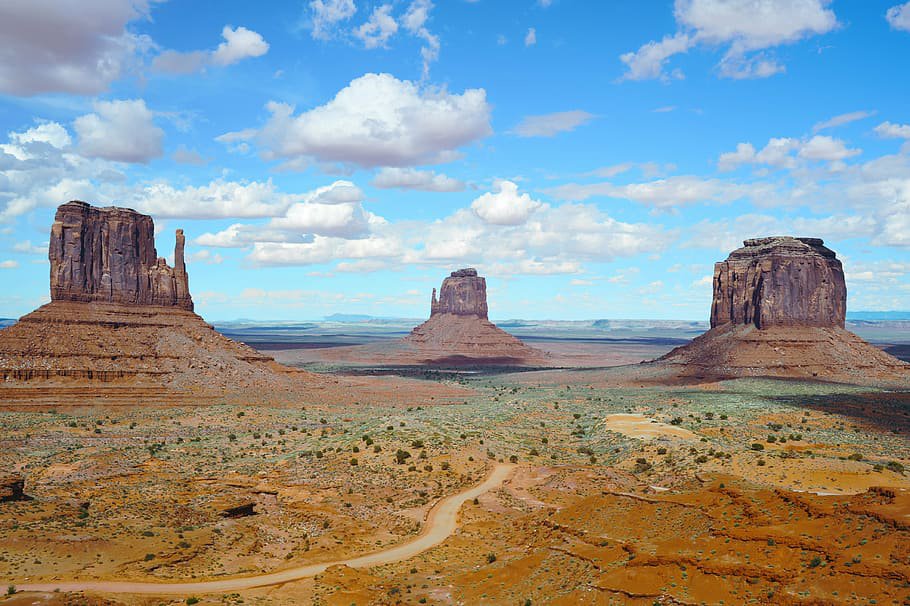 The state food of Arizona is a fish. Bordered by California, Nevada, Utah, New Mexico, and the Mexican state of Sonora, this is a state with absolutely zero coastline. It’s known for its aridity, for very hot summers and mild winters, and for the Sonoran desert, where temperatures routinely push 50 degrees. So where, one wonders, would one find a fish?

Turns out Arizona has over 100 lakes. And, according to the state’s Fisheries Department, there’s year-round fishing in the mountainous north – an upland region known for its pine forests, the Grand Canyon and the Colorado River. 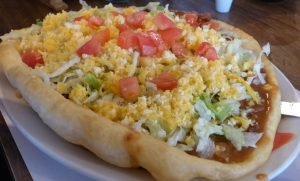 Traditionally, the Navajo of the area farmed corn and wheat (popular foods included hominy, blue bread, roast corn and wheat sprouts), along with squash and beans, and hunted animals such as deer and prairie dogs. But the state menu of today is a little more varied, with delicious frybread (a flat dough bread, fried or deep-fried in oil, shortening, or lard), and the chimichanga (a flour tortilla filled with rice, cheese, beans, and meat that’s deep-fried, and accompanied by salsa, guacamole, sour cream, or carne asada) widely enjoyed.

There’s also the Navajo taco, which has been popularly voted the state food of Arizona: in 1995, the Arizona Republic newspaper conducted a quick poll and found that this frybread-based taco (filled with shredded beef, carnitas, and chili; pulled pork; or ground beef and beans) was the people’s favourite.

So much for the state fish, then! Which, to be honest, is a bit of a rare find in the wild. The Apache trout may be the state’s official food, but it’s also endangered: the majority of this piscine population is now raised in federal and state hatcheries, and anglers who try for a trout may well be disappointed. That said, if you do get your hands on this fish, it’s considered fine eating: firm, flaky, and melt-in-the-mouth, especially when grilled over an open fire. But for the effort involved, you’re probably better off with a chimichanga!

Coronavirus: no more need for gloves unless job required them prior to pandemic