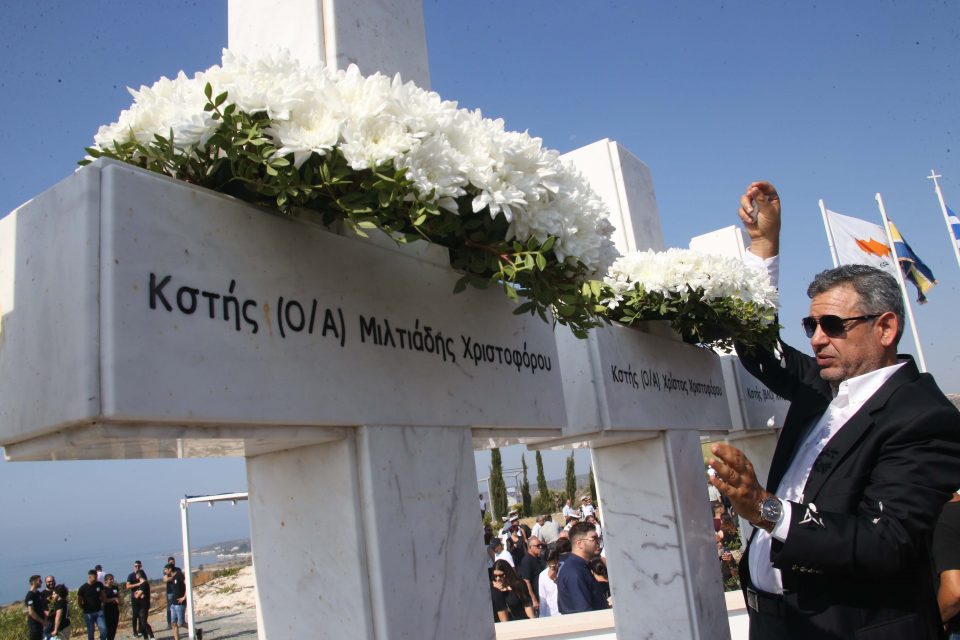 The state is responsible for preventing a repeat of the mistakes that led to the death of 13 men in a munitions explosion at a naval base in July 2011, President Nicos Anastasiades said, marking nine years since the incident that also caused widespread damage and destruction.

“With their sacrifice as legacy, through unity and gathering of forces, what is vital is to continue to work tirelessly for the reform and modernisation of the state with the aim of creating the conditions that will let all citizens feel safe, to thrive and prosper in a modern and lawful state,” Anastasiades said.

The blast occurred in the early hours of Monday, July 11, 2011 at the Evangelos Florakis naval base, killing seven sailors and six firemen.

It had been caused by munitions haphazardly stored in 98 containers that were left exposed to the elements for more than two years.

The munitions had been confiscated in 2009 from a Cyprus-flagged ship en route to Syria and were then stacked in an open space at the base until the day of the explosion, despite repeated warnings about the risks.

As a result of the explosion and the shockwave, the neighbouring Vassiliko power station, the island’s main one, sustained extensive damage leading to rolling power cuts for a month after the blast.

The events of that day are still fresh in the minds of the families.

“Unfortunately, the feelings remain the same every year and they will never change,” Katia Kleanthous, the wife of warrant officer Kleanthis Kleanthous said. “The memories are fresh, and we come to the place of martyrdom to confirm once more that the irresponsibility of those who were supposedly responsible has put us in this tragic situation.”

Anastasiades stressed that the state would continue to support the families of the fallen men in recognition as well as the highest gratitude for the sacrifice of their people.