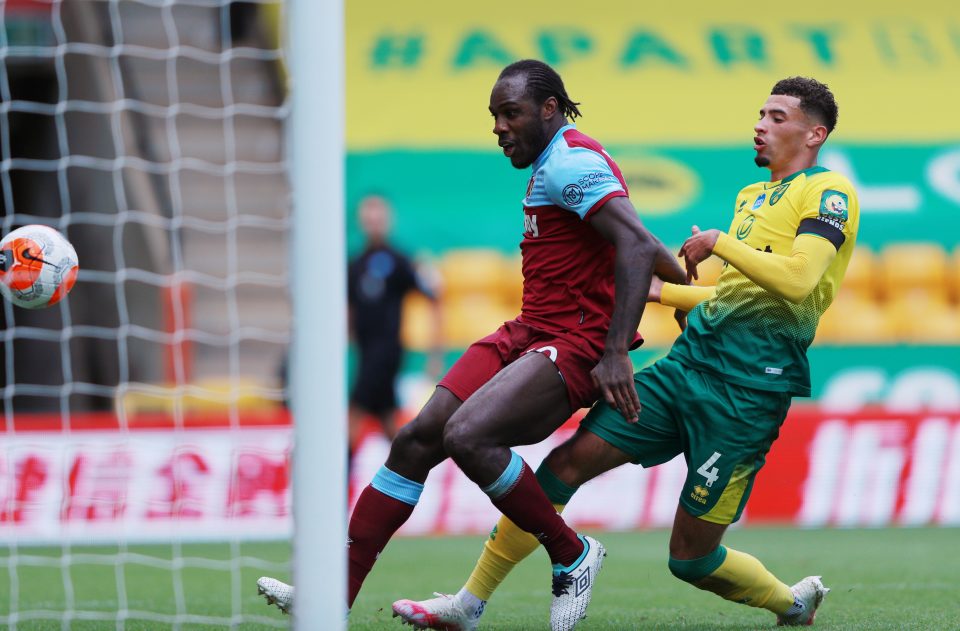 WEST Ham United consigned Norwich City to relegation from the Premier League as four goals from Michail Antonio gave the London side a 4-0 win at Carrow Road on Saturday.

The result leaves Norwich bottom of the standings with 21 points.Antonio constantly troubled the Norwich defence with his presence in the box and the 30-year-old struck twice in each half to become the first West Ham player to score four in a league game since 1981, doubling his season’s tally.

West Ham, who are 16th, moved six points clear of the relegation zone and are above Watford on goal difference.

Meanwhile, Troy Deeney scored a brace of penalties as Watford came from behind to beat Newcastle and take a huge step towards securing Premier League survival.

As they did against Norwich in midweek, the Hornets conceded first at Vicarage Road before rallying back to win 2-1 – this time, Deeney hammering home two spot-kicks after Dwight Gayle had given the visitors a half-time lead.

Deeney had not scored in six games but Nigel Pearson’s captain came up with the goods to move Watford six points clear of the relegation zone.

This was Watford’s second win in four days, which will bolster their bid to remain in the top flight.