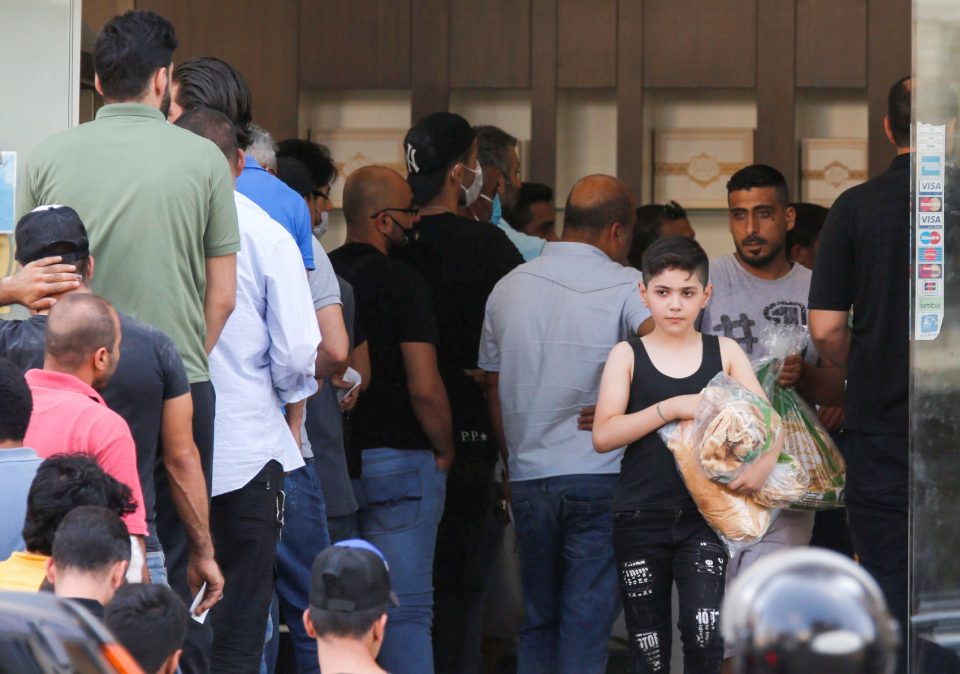 Cyprus has always been a safe haven for the Lebanese, but probably not this time

Media reports in the past few days seem to indicate that dysfunction in Lebanon – a country perpetually gripped by some combination of war, economic crisis, endemic corruption and foreign interference – has reached new and dangerous levels, raising the question of whether another Lebanese exodus to Cyprus may be on the cards, as happened during the civil war of the 1980s and periodically thereafter.

“‘Lebanon is in a death spiral’,” read a headline in The Independent on July 4, quoting economics professor Steve H Hanke of Johns Hopkins University. An article in The Telegraph on June 30 was even more blunt: “‘People will die within months’: Lebanon heads for famine as pandemic accelerates hunger”, it read, the paraphrased quote being from Martin Keulertz, an assistant professor at the American University of Beirut.

Lebanon has always held a fascination for Cypriots. It’s one of our closest neighbours, almost exactly the same size as Cyprus but with six times the population (not counting the 1.5 million Syrian refugees who’ve arrived in the past few years). It’s also a country with a reputation for culture and elegance, its capital Beirut known for years as ‘the Paris of the Middle East’. The thought of widespread famine and starvation in such a place – not to mention right on our doorstep – is alarming indeed.

The crisis is essentially a currency crisis, made worse by coronavirus. The Lebanese pound (known as the lira) has plummeted in the past few months, from a rate of 1500 to the US dollar to its current rate of about 10,000. Most foodstuffs and other supplies are imported using dollars, so prices (in lira) have soared while salaries have remained static. Buying even the most basic food has become prohibitively expensive for many people.

Meanwhile, the pandemic has decimated jobs and also closed the airports – a significant detail, impeding the huge Lebanese diaspora who’ve always brought in valuable foreign currency to their loved ones in Lebanon. A related development is that the country is running out of dollars. Lebanese with dollar accounts have had them blocked, and banks only pay out in lira – which of course is increasingly worthless.

“Lebanese people always had the money,” says 58-year-old Danielle Saleh, who’s lived in Cyprus since 2001. “Always – through the war, throughout everything. But now, nobody has money anymore. Because they can’t get to their accounts … So nobody can start a new life abroad, because nobody can get money.”

Things are bad, confirms Saleh, who (like most Lebanese in Cyprus) still has most of her family in the country – including, temporarily, her husband, who got stuck in Beirut due to lockdown. “There’s no middle class anymore,” she says. “There are the people who robbed the country – they live well because they took all the money, they sent it abroad – and there are the poor people who are struggling.”

Saleh herself was part of the ‘first wave’, having spent four years in Cyprus in the late 80s in addition to the past two decades. Forty-five-year-old Nabil Yazbek, who co-owns a Lebanese sweet shop in Nicosia, has been here since 1998, when his home was destroyed during the Israeli army’s occupation of south Lebanon. (The home was later rebuilt, then destroyed again, then rebuilt again.) Cyprus, in short, has always functioned as a safe haven, most recently in 2006 when Israel waged a war against Hezbollah and thousands of Lebanese fled here temporarily. Could the same thing happen again now, if our neighbouring country does indeed slide into famine?

It’s a tricky question – because a lot has changed since the 80s. Not only is Cyprus in the EU, it also has the most asylum seekers per capita of any country in the EU. A new wave of Lebanese migrants, especially economic migrants, would place enormous pressure on an already fraying, overtaxed system.

Officials seem to be playing a wait-and-see game. Sources at the foreign ministry confirmed that the situation in Lebanon is being monitored, but were unable to say if any specific plans are being made. Nicholas Paris, a senior officer with the Civil Defence, told the Sunday Mail that long-term plans have always been in place for the evacuation through Cyprus of potentially large numbers arriving from the Middle East – though of course ‘evacuation’ implies that the island would be a transit point, as opposed to a long-term destination.

The Embassy of Lebanon in Nicosia was also rather tight-lipped, informing us that Lebanese diplomats abroad are not authorised to give any interviews at this time.

Then again, many Lebanese in Cyprus seem unconvinced that an exodus is imminent – mostly because their countrymen don’t have money in their pockets to arrive and settle down legally (even if Covid hadn’t closed the airports) and, unlike the Syrian refugees piling into rickety boats, are temperamentally averse to arriving illegally.

“[The Lebanese] still have their pride,” says Saleh, with a touch of sadness.

Forty-eight-year-old Samer Hijazi, who’s been working in Cyprus for the past 10 years, agrees – though he’s unconvinced that the situation is as dire as has been claimed. “I can send you a video of Louis Vuitton,” he says, referring to the famously chic boutique in Beirut: “It’s open and it’s working very well, and there’s a queue in front of it!”

The trouble seems to be that Lebanon is a very unequal society. A large proportion were desperately poor even before the crisis, and are now even poorer. A rotten system – which included keeping the dollar exchange rate artificially low – has now collapsed. “This is the new reality,” agrees Hijazi. “But not famine.”

Then again, Lebanon is “not like a normal country,” adds Hijazi – who, as a middle-aged man from south Lebanon, spent almost his entire childhood and youth surviving one conflict after another. “Those people survived lots of wars, they lived without water, without electricity. They find ways… We survive. Some people didn’t, but we got used to it. We don’t panic.”

Hopefully, that resilience will see them through this new crisis – though of course there are also larger forces at play, from the pandemic to the power struggle between Iran and Saudi Arabia whose ripples have engulfed the whole Middle East from Beirut to Aden. Even Hijazi, whose outlook is generally positive, turns sombre when he thinks about his homeland.

“Now we feel like we are the people on the raft,” he says, speaking of himself and his fellow Lebanese in Cyprus. “Like there’s a shipwreck, and you are the one on the raft,” floating nearby and watching the ship go down. “This is our feeling.”