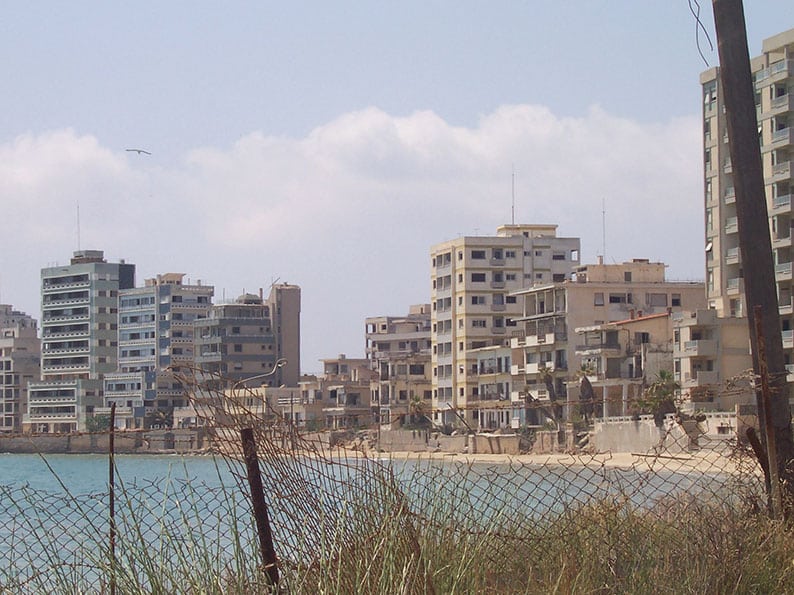 Speaking to state broadcaster CyBC, Demetriades called on the government to make public the legal advice it said it has received on the issue of Varosha properties.

He was referring to statements by government spokesman Kyriacos Kousios on Monday who said the government has received legal advice from the attorney-general but also experts from abroad on the issue of possible mass applications to the IPC in the north by owners of properties in Varosha.

Kousios said that such applications would help speed up Turkish plans for the fenced-off part of Famagusta and would be the last nail in the coffin of the Cyprus problem. He did not elaborate, arguing that it was up to the experts to analyse these positions in due time.

“I did not understand what this opinion is,” Demetriades told CyBC radio on Tuesday morning. He called on the government to make this advice it said it has received by legal experts, public.

Demetriades, who earlier in the year called on owners of properties on the costal front of Varosha to file to the IPC to secure their right to return, said there has been a shift to the state policy as regards defending the rights of Cypriot applicants to the European Court of Human Rights (ECHR) concerning their properties in the occupied areas.

“My position is that state inactivity will leave Varosha to Evkaf,” Demetriades said, citing a 2005 decision by a Turkish Cypriot court that upheld the claims by the religious endowment foundation that it owns most of Varosha.

Though he does not agree, he said, “Evkaf says Varosha belongs to it.”

“If we do not do anything about this, Varosha will become Evkaf’s property,” he said.

“My position is that applications to the IPC, especially on Varosha, since there is no problem of a present-user unlike the rest of cases, shields the property rights and gives owners the opportunity, if they wish, to return to their properties and receive rent,” Demetriades said.

Pointing out he is not speaking of mass applications, he argued that there are 425 properties on Varosha’s coastal front.

“If we deprive Turkey, through legal measures, the coastal front it might not open the fenced-off area,” he said. Demetriades also stressed that Turkey deems that property owners who do not file to IPC to claim it, are not interested.

Those who do not file to IPC, he said, will be compensated if and when the Cyprus problem is resolved. He pointed out that no one can say based on what price estimates compensation will be made.

Demetriades also said the government has shifted its policy as regards defending Cypriots claiming their property rights before the ECHR. Unlike in the past when it would support all applications by refugees over their occupied properties, he said, Cyprus will now only support applications on Varosha properties but even then, it is dragging its feet.

IPC, operating in the north, was set up by Turkey as the domestic remedy for claims relating to abandoned properties in the north based on the rulings of the ECHR.