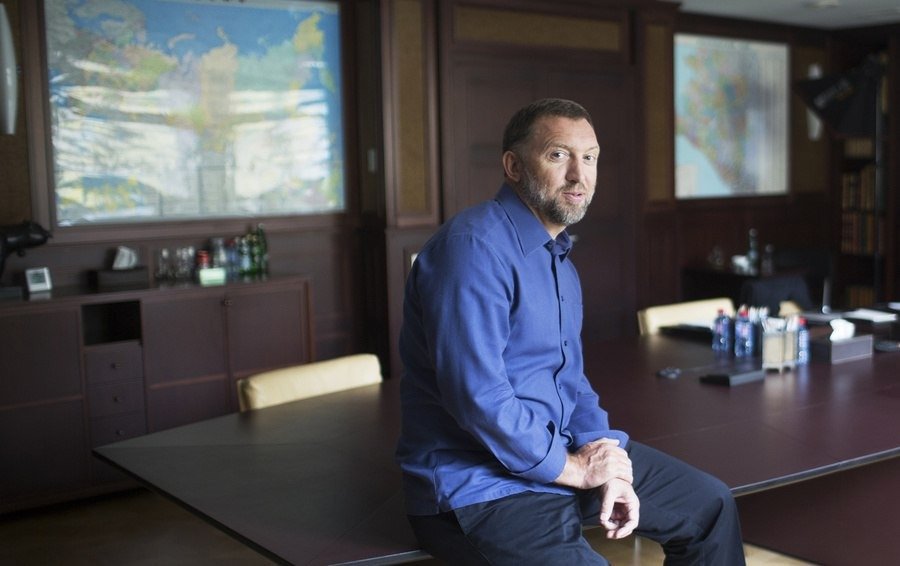 Recently, Oleg Deripaska has been making headlines in Cyprus over the issue of his Cypriot citizenship – it could be rescinded as part of the stricter measures and review process recently imposed on the citizenship-by-investment programme.

But who is the man behind the headlines?

Oleg Deripaska is a well-known industrialist and philanthropist who has established companies including RUSAL, a major global producer of low-carbon aluminum and GAZ Group, Russia’s leading manufacturer of commercial vehicles. Deripaska is also the creator of the Volnoe Delo, one of the largest Russian organisations involved in charity, patronage and volunteer projects.

Deripaska started his career in the early 1990s aspiring to become a theoretical physicist. However, amid the collapse of the Soviet Union, the government reduced academic funding while business opportunities began to open up.

Unlike many others who came into wealth in Russia in the early 1990s, Deripaska is essentially self-made. For example, he never took part in the now infamous loans-for-shares auctions, the early-1990s privatisation scheme that enabled many Forbes-listed Russians to acquire their first assets for a negligible fraction of a price.

He began work as a metal broker, before becoming the head of a small aluminium smelter in Siberia by the age of 26. This small company led to the creation of RUSAL, which now produces about 6 per cent of the world’s aluminium.

In 2018, the United States imposed sanctions on Deripaska and his companies. Officially, the reasons given were alleged links to the Kremlin and ‘malign activity’ in the 2016 US election through political operatives Paul Manafort and Konstantin Kilimnik.

Deripaska has persistently denied these allegations and the alleged link to Kilimnik has since been disproved. Some analysts have speculated that the sanctions were the result of pressure from RUSAL’s competitors trying to gain market share.

Putting RUSAL on the sanctions list triggered a collapse in aluminium prices, destabilised the global market and threatened about a million jobs. In order to remove RUSAL from the sanctions, Deripaska had to reduce his stake in the company. Although in 2019 the US Treasury lifted the sanctions on RUSAL and En+, an electrical utility company Deripaska founded, sanctions on him personally and on another of his companies, GAZ Group, are still in place.

Despite having taken a large financial loss, Deripaska has continued his charitable work at full throttle. His Volnoe Delo Foundation (volnoe-delo.ru/en/) has invested hundreds of millions of dollars in education, science, culture and peace work, including support for the Orthodox Church in both Russia and abroad.

He has put a lot of money and effort into helping local hospitals in Russia this spring: he purchased dozens of ventilators and over a million pieces of personal protection equipment. He is also financing the construction of nine infectious disease hospitals in Russia and abroad.

Deripaska has also taken steps to protect the environment. The companies he set up, RUSAL and EN+, are notable for their use of green technologies. And Deripaska personally has been very outspoken on the topic. One initiative he has consistently advocated for is the introduction of a global emissions tax (a universal mechanism to finance climate change programmes) and the creation of an international carbon fund to support innovative programmes for environmental protection.

Speaking at the World Economic Forum in Davos earlier this year, Deripaska told Bloomberg:  “We’ve gotten to the point where children like Greta [Thunberg] are swearing on the stage of the biggest forum. Until payments are imposed for CO2, nothing in the world will change. All this talk at Davos about climate change is just words. In reality, nobody’s doing anything.”

En+ is developing green energy projects in Cyprus and has purchased solar farms in Nicosia and Limasol. The company is also in talks with potential partners about promotion of environmental projects including those relating to waste management.

The citizenship-by-investment programme is being scaled back amid growing political pressure from the US and the EU. But is this in Cyprus’s interests?  At a time when the economy is under pressure, and foreign investment is thin, there could be an argument for focusing on the country’s own needs, and leaving political squabbling to others.