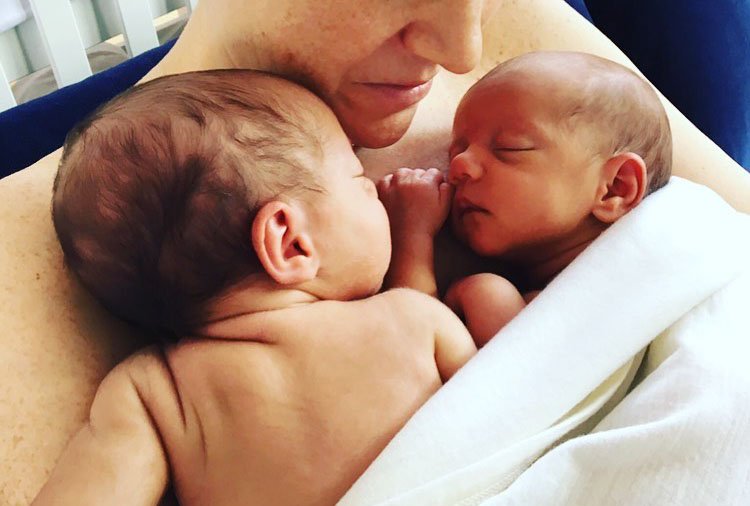 New beginnings are frightening. Not many of us like change. We get used to being comfortable, happy in the way things are, in control. Why rock the boat? Also, we tend to overthink things, talk ourselves out of being our authentic selves and having the life experiences we truly want to have. We are afraid of what people will think, always wanting to be in control.

And that’s what I mean about control. We think, or I did, before we have children that we can control everything. We think we know everything. That we will parent this way. Or that way. We have it all figured out. We’ve judged enough other parents to know we are going to do it better than they have. We have a plan. And we believe everything is going to go according to that plan. We’ll keep the lights on and make lots of noise so that they learn to sleep through everything. They’ll sleep in their own cots from day one. They’ll sleep through the night after a few months. They’ll not give any backchat when they’re toddlers because I simply won’t put up with being disrespected that way. They’ll go to this school at that particular age. I’ll leave them with my parents while I go on holiday for a week.

What planet was I on? I’ve lived long enough to know life is fluid and in constant flux, but I’d spent so much of mine trying to control everything and everyone around me, that I thought I could control this new beginning too. I could control how everything was going to work out when two new souls arrived into our lives.

Four years later, all I know for sure is that everything I thought before having children I don’t think anymore. Deep down I think I knew all along. It was why I was so terrified when the reality of having two babies at once sank in. Initially all I’d felt was elation and disbelief when I saw two heartbeats beating on the monitor at my first scan. Then my mind kicked in, putting the fear of God into me about what was to come.

But once they were born and I actually looked at them I realised that my, and people in general’s, fundamental job is to simply love your children. For who they are. That’s it. Just the way you want to be loved. For who you are. Pure and simple.

Today I don’t feel there is a right way or wrong way to parent. To do so is to live in judgement. Something I still do, but try my best not to because it just doesn’t feel good when I do. We are all fundamentally on the same path. Trying our best. Even if we don’t like what someone else is doing, it helps to remember they are trying to do their best too with the resources they have available to them. Not everyone has the same life journey. Not everyone has learned the same lessons. Not everyone has had the same life experiences to make them who they are today. But what I know is this: if we simply love, ourselves and those around us, then the world is a much more joyful place to live in. That’s something I’ve committed to doing daily and to teach my children to do too.