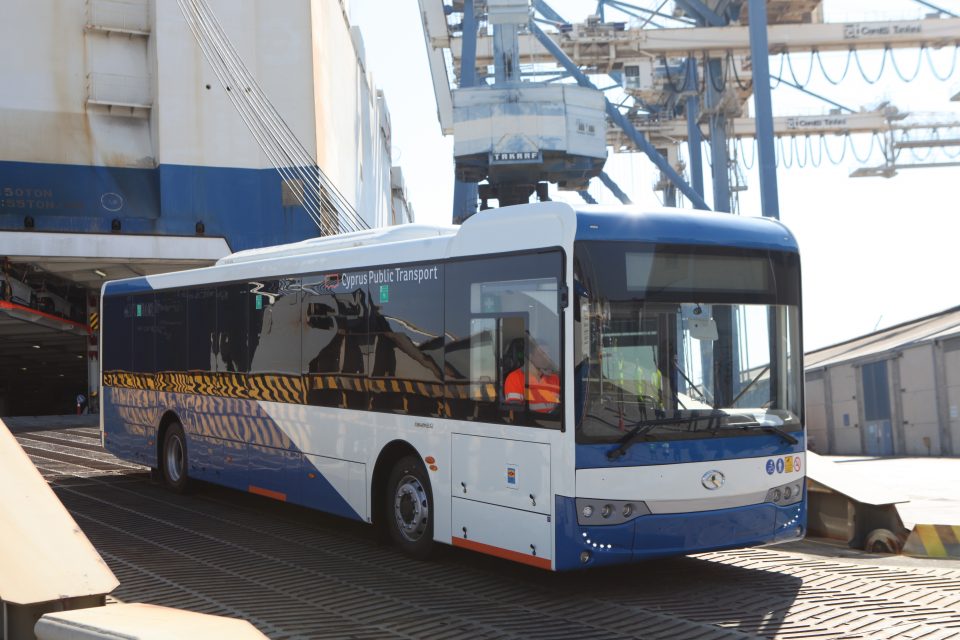 The new-style bus for public transport

Left-wing umbrella union Peo on Tuesday told its members who are employed by the new public transport company, whose buses started operating on July 5 in the Larnaca and Nicosia district, to be ready for a strike over work conditions.

The union has already notified the labour ministry after deeming the Cyprus Public Transport company’s actions as crossing the line as far as its employees’ rights are concerned.

The new public transport company held a three-hour meeting with representatives of Peo on Monday in a bid to avoid the strike and agreed to make some concessions, like reducing the working hours of engineers, who were working on a seven-day shift basis, instead of the normal five-day shift plus overtime during the weekend.

Peo also said unions are awaiting written assurances of commitment from the company’s management that it will not take any further unilateral actions regarding the bus drivers’ daily schedules.

The bus drivers’ working hours have been a hot topic in the past weeks as, according to the unions, they exceed 14 or 15 hours a day.

Furthermore, drivers start their working day at 5am and finish at 11pm. They are allowed to take breaks whenever they finish their routes, but the unions deemed those breaks inadequate, as they are mostly taken at bus stops, so drivers are not able to properly rest or eat before they start their new route.

Peo said they are awaiting a confirmation of the company’s commitment to make changes on Tuesday.