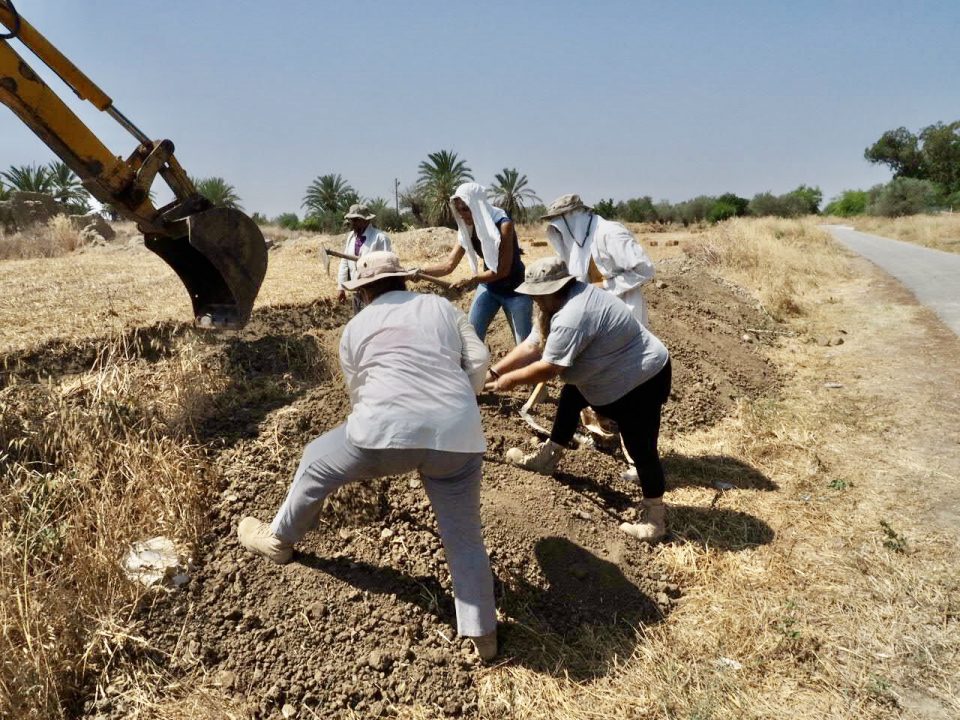 Determining the fate of the missing and the delivery of any remains to their families should have been treated as a humanitarian issue. Instead, politics took over

It has become increasingly difficult for the Committee of Missing Persons (CMP) in Cyprus to find remains. Appeals by the island’s political leaders have not changed the fact that, so far, only about half of the missing have been identified and their remains given to their families for a proper burial.

The relatives have a right to know the fate of their loved ones. States have an obligation to investigate and inform them.

This right and obligation towards truth has not really materialised in Cyprus and perhaps it is now opportune, with the utmost respect to the families of the missing to reconsider.

Given the state of the Cyprus problem is there something to be done for the relatives while they are still alive?

Could the elevation of the CMP to a Truth Commission for Cyprus be a possible way forward?

The Turkish invasion of 1974 and to a much lesser extent the intercommunal clashes in 1963 have generated (in accordance to reports made to the CMP) just over 2,000 missing people, roughly on a three Greek Cypriot (G/C) to one Turkish Cypriot (T/C) ratio.

Determining the fate of the missing and the delivery of any remains to their families should have been treated as a humanitarian issue. Instead, politics took over this, as well.

The CMP was set up in 1981 by the United Nations (UN) but only managed to start exhumations in 2006 after the leaders of the two communities agreed (in 1997) for an exchange of information.

There are about 810 G/Cs and 218 T/Cs that are still missing and information about them is scarce. Community leaders have been vocal in asking for people to come forward and give information but they have not really been successful.

Thus, the dilemma is emerging as to what, if anything, can be done about it while the relatives are still alive.

The European Convention of Human Rights, Article 2, creates a positive obligation on States to carry out an effective investigation for the missing. Actually, the absence of such information may amount to inhuman treatment in breach of Article 3.

In fact, in the Varnava a.o. v Turkey and in the 4th Inter-State Application Cyprus v Turkey judgments of the European Court of Human Rights established violations as Turkey’s prolonged delay in investigating along with the failure to provide information amounted to inhuman treatment of the families of the missing.

It consists of a G/C member, a T/C one and the 3rd member who is a non-Cypriot.

It essentially operates confidentially on a de facto immunity given by the Attorney General on either side of the Green Line.

In 1990 both sides stated they would not prosecute anyone who came up with information relating to the missing and passed it on to the CMP. Neither the confidentiality nor the de facto immunity has to my knowledge even been challenged in Court.

There is currently a pressing need for reliable information as to burial grounds and the witnesses are simply dying.

Thus, the question arises whether a Truth Commission on the South Africa model or even the Colombian one could be set up as an upgrade to the CMP?

One would first have to expand the de facto immunity under criminal law to cover civil and administrative procedures.

Obviously, one would also have to introduce the need for perpetrators to accept responsibility, express remorse and reveal the truth.

How can this be achieved as a matter of law?

It would entail three steps: (a) Amend the Terms of Reference, (b) Amend the Evidence Law Cap. 9 and (c) Create Internal Rules so that immunity may be granted.

The Terms of Reference as a first step could be amended as seen in grey in the box below. These would allow unhindered and immediate access to the whole island. They would also expand the ability of the Truth Commission to investigate and establish the facts, but it would not attribute any individual responsibility. 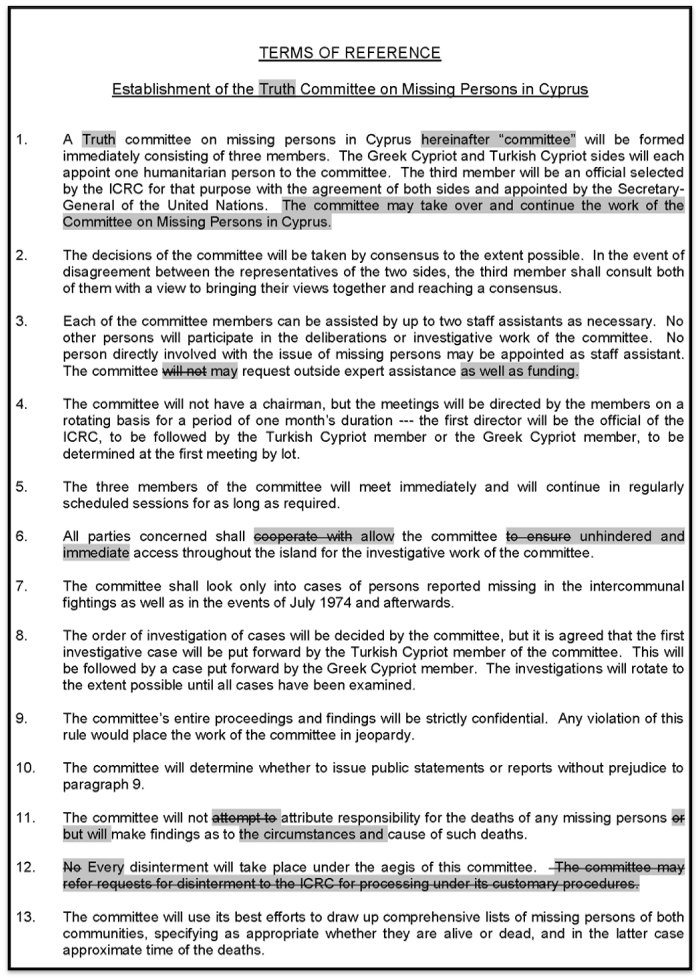 The second step would be to amend the Evidence Law Cap 9, on both sides, so as to make any evidence secured by the Truth Commission inadmissible in any criminal, civil or administrative proceedings.

And last but not least, Internal Rules for the Truth Commission would have to be adopted so as to ensure that witnesses accept responsibility, offer remorse and provide the threshold for granting immunity.

Clearly, this is a short and simplistic analysis but it is perhaps adequate to set the basis for a meaningful discussion, given that the mechanics of the Law can be worked out if there is a need for it. Already an NGO entitled Truth Now is working on it.

Having set out the facts and the law I now turn to the issue.

Does Cyprus need or want a Truth Commission, where essentially in exchange for immunity, information by the perpetrators will be provided for the benefit of the relatives?

The dilemma is whether one puts aside the needs of a justice system to punish the offenders in exchange for their acceptance of responsibility, expression of remorse and provision of vital information so as to find remains. It should be noted that the CMP has been successfully operating (under the UN for nearly 30 years) on a de facto immunity and it would be preferable to upgrade same rather than setting up a new methodology.

I have tried to set out the facts and the law as neutrally as possible, given my background.

The objective is to generate a public discussion as to whether or not such a Truth Commission is desirable.

Obviously, there are emotional, psychological, political and other elements which I have not touched upon and which are very important especially these days.

I have simply tried to give a legal framework within which a Truth Commission for Cyprus could operate to facilitate the discussion as part of transitional justice.

Clearly, we may end up with none but at least we will have considered the options.

So where do you stand on the dilemma: justice or truth?

Varosha: the legal aspect of the Turkish move