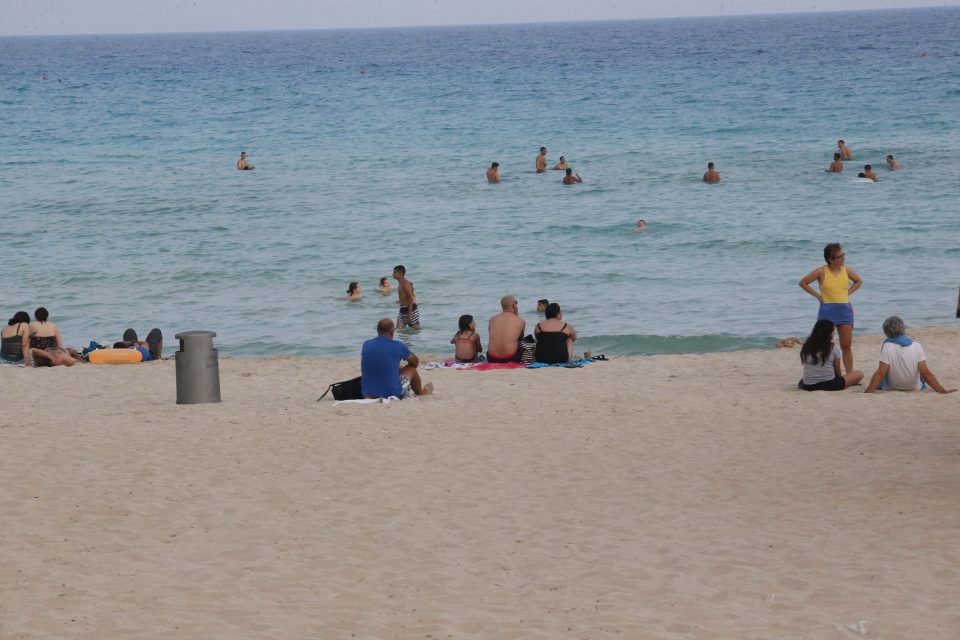 By Bejay Browne and Andria Kades

Tourism deputy minister Savvas Perdios conceded on Wednesday that Cyprus’ marketing of itself as a safe country which dealt with the coronavirus pandemic well has become a double-edged sword after major UK tour operators said they would not fly to Cyprus if tests are required.

“At least until mid-August, major travel agents will be sending their tourists to destinations which do not require tests,” Perdios told CyBC on Wednesday.

“Travel agents have other options and expectations. Seeing as there are options for them to go to other countries without checks and a test, they prefer the solution which for the time being is easier for them. Having said that, I do not mean that Cyprus needs to follow suit.”

Tour operators Tui and Jet2 announced on Tuesday that they will not fly to Cyprus unless the UK is moved to category A from August 1, meaning British holidaymakers would be allowed on the island without taking or providing a negative coronavirus test.

At present the UK remains in the category C list of countries which cannot fly to Cyprus. From August 1, however, the government is poised to move it into category B which means UK visitors can enter Cyprus but only if they have a negative Covid-19 test taken within 72 hours of departure.

But on Tuesday, it became clear that this was not acceptable to tour operators. It was category A or nothing.

“The volume drivers (Tui and Jet2) announced that they would be rescheduling their UK flights to Cyprus and will not bring flights here until August 15, and only if we put the UK into category A. If we don’t do that, we aren’t going to have any flights with them,” Euripides Loizides, spokesman of the Paphos Hoteliers told the Cyprus Mail on Wednesday.

Tui and Jet2 are the main tour operators for Cyprus, especially Paphos and many hotels are reliant on their custom he said.

Ryanair and other airlines will fly from the UK as it stands, he said, adding that hoteliers are waiting for the official government announcement which will state which countries will be in Category A and B and where the UK will stand.

“But they also said that since saying that the UK will be in category B with a test, they have massive cancellations.”

Reports last week that visitors from category B countries might be offered free tests on arrival at Larnaca and Paphos airports from the beginning of August, subsidised by the government and the hoteliers, have not sweetened the pot.

First, the government has not taken a final decision on this, and second, even if they were to be offered, tour operators say it was not enough of an inducement.

“There are a lot of logistics involved. When there is an organised schedule it requires commitments, guarantees, confirmed flights. It is a huge ordeal if upon arrival to Cyprus, someone ends up testing positive.”

Meanwhile, the cost of taking the test in the UK for a family of four prior to their arrival could amount to some €800.

Perdios said they had tried to approach laboratories in the UK to make an arrangement, but it was proving to be difficult.

It appears that even the government’s announcement that if someone tests positive upon arrival the state will handle their quarantine expenses, has not done much to appease the big agents nor has the offer of results in around one hour or one-and-a-half so as to limit the hassle to tourists.

Countries like Spain, for instance, are letting tourists in without requiring a negative coronavirus test and it is therefore easier for travel agents to choose these kinds of destinations, Stamataris said.

The focus now remains on individual travellers, who according to Perdios, were doing quite well in terms of arrivals from category A countries.

“If the fight in airports is lost, then the war against the coronavirus is lost,” virologist and member of the government’s scientific advisory team Leontios Kostrikis said earlier this week as he stressed the need for more airport testing.

The government announced earlier this week it will double the daily number of random tests to arrivals to 600 per day. Authorities are also set to begin pool testing, where small groups of people are tested using only one test.

It is a faster method where samples from several individuals are mixed together and tested as one. If positive, the pool members are retested individually.

Lozides voiced his frustration over the way the tour operators are acting when health should be paramount.

“We have to face it and be responsible for ourselves and others. We can’t do what we want to do and have to follow some safety steps. People can still have a lovely holiday. The introductions of wearing a mask in both Germany and the UK is an indication that people have to understand that this is what has to be done and not be arrogant. We all have to compromise.”

Loizides questioned why he and other hoteliers should be held over a barrel to accept holidaymakers at hotels with no testing as there are staff and other clients to consider.

On Wednesday, there were no customers at Loizides’ Paphos hotel, The Mayfair, and an eerie silence surrounded the empty lobby and pristine pools, and sunbeds and umbrellas well- spaced and laid out to welcome non-existent visitors. This time last year, the hotel was heaving with hundreds of guests, and this is the same picture for many of the hotels in Paphos.

With the hope of arrival numbers from the UK in August dwindling, hotels must now look even more seriously to the local market and passengers arriving from category A, countries, he said.

Loizides added that all licensed hotels that are open in Paphos have special offers available and if the public telephone the establishment directly, they will get the best offer possible.

“Paphos has great deals, currently my hotel, The Mayfair, is 55 euros for a room week days until August 6.”