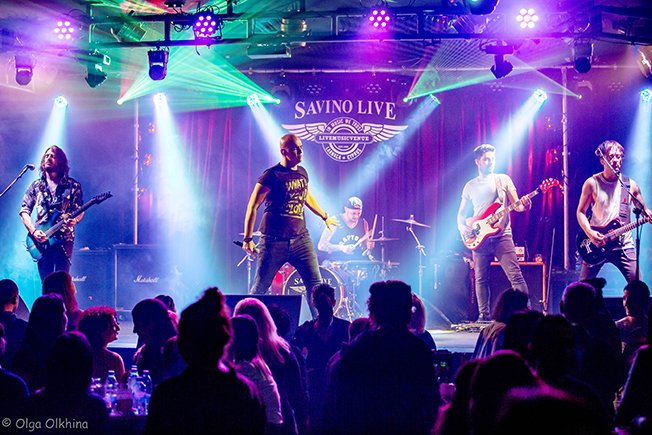 At the same time last year, Minus One were opening for Dream Theatre in Athens. Today, the five musicians are struggling to make ends meet

The music business is a tough one, but Cyprus favourite Minus One seemed to have it pegged, particularly after appearing on the Eurovision Song Contest.

Today, the band is struggling to survive, as the pandemic has devastated it financially and emotionally, while the state’s lack of support for the arts only makes things worse for the five musicians. The band is registered as a company in Cyprus.

But have they ‘Got It Covered’ with their upcoming album? Financially speaking – probably not.

Same time last year, Minus One were opening for Dream Theatre in Athens. Today, the five musicians are struggling to make ends meet supported by the insufficient unemployment benefit after lockdown measures.

“The virus killed us. It zeroed our business” said drummer Chris J. “It’s like we do not exist anymore.”

The 11-year-old band used to be one of the most active bands of the island,
performing live every week in public or private events. After Covid-19 restrictive measures,
their agreements with hotels and venues were put on ice.

“We used to play maybe two or three times per week, but now everything is shut down” singer Andreas Kapatais said.

Being off stage has led the band to depression and frustration as performing live was literally keeping the musicians alive.

Their new bass player, Orestis Savva, who joined the band last year, said: “I feel incomplete, because I am used to starting my day at the studio and then having a gig.”

Live shows were the main source of income for local musicians. The popular party band charges vary from €1,500 to €3,000 for concerts, depending on the location.

Despite the fact that most band members have a second job, the band’s inactivity impacted them financially.

“I lost half of my income” said guitar player Harrys Pari who is also working as a civil engineer. “But I am thankful I had some money coming in as the unemployment benefit is not enough to cover my bills.”

Three of the band’s members, the guitarist, drummer and the singer have small children and are depending on their partner’s salary and benefits.

“Obviously my wife pulls most of the weight right now” Chris J, the father of a three-year-old son said. Kapatais, father of a two-year-old daughter, said he did not return back to his morning job as a sales development manager since March. He had to rely on the €600 unemployment benefit.

Speaking on behalf of musicians, Constantinos Amerikanos said: “We feel that we are not being respected. We are constantly shoved in the margins.”

The government granted the submission of special support allowance for artists amounting to €900. “It is a negligible amount” the drummer commented. “It adds up to just €300 for each month the island was in lockdown.”

The emergency grant submission started in the second week of July, almost four months into the pandemic and following a protest by actors and other cultural workers at the beginning of the month. The emergency benefit is yet to be shared to all artists, while no other support measures were announced for the arts during Covid-19.

“There are so many things they can do. The state should follow international examples, such as Malta, on how to support the music industry,” Amerikanos added.

Savva suggested the state should offer musicians and actors spaces to perform for free, while Chris J proposed the Fair and Convention facility in Engomi.

According to the band, the local market is too small to make profit out of album sales or sales of merchandise.

But, to remain creative, productive and relevant, the band is planning to release an album in a few weeks. The third Minus One album will feature the band’s favourite versions of Queen songs to Coolio’s Gangsta’s Paradise.

‘Got It Covered’ will be released online and the band is ‘realistically optimistic’ about its success.

“As a Cypriot band we don’t’ expect sales from albums, we only want to get exposure,” Kapatais said. “But you never know, this is a cover album, perhaps people will respond to it,” he added.

The band’s previous album, ‘Red Black White’, released in 2018, received a lot of good reviews and hit some sales on hard copies.

The new album is sponsored/funded by their manager Giampiero Soncini or ‘GP’ for short, who has been representing the band since prior their Eurovision entry in 2016.

Due to Covid-19 restrictions, the recordings had to be done individually in the Elbow Room, the studio owned by guitarist Amerikanos and bass player Savva. The mixing of the album will take place abroad.

Apart from working on the album, the band put together two online concerts during lockdown. “It all started from a scheduled concert at Savino Live that got cancelled and we ended up doing it online without payment,” Pari said. “We thought why not, we did it for our fans.”

The band also made a few music videos with clips sent to them by their fans, which got thousands of hits on their social media.

“The initial idea was to somehow entertain people who were stuck at home, even if there is no financial profit for us,” Pari added.

Minus One are looking forward to doing live shows again but are also scared about a resurgence of the virus. “I don’t’ think we will be working in September,” Amerikano said, while Chris J said “even if we are allowed to work in September, no one will be willing to book artists. People won’t invest in any future events.”

Kapatais added to the mix suggesting that “if we will start working we will probably do so in the minimum amount of money we can get.”