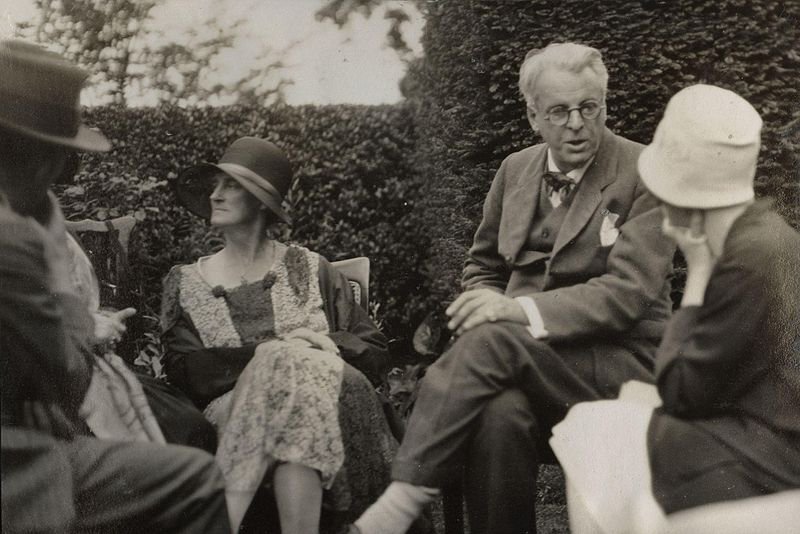 I was choosing underwear when I noticed a man standing beside the counter staring at me. I assumed he was waiting for someone, but no, he continued to stand and watch as I made my selection. My shy, younger self would have left, face ablaze. I thought, if the auld rapscallion is that badly off for sight of women’s knickers, let him have a field day, and did what my mother used to advise with regard to nasty people, treat the breed with contempt.

Years ago, when my son was in his teens and his sister five years younger, we were walking home one evening son and his girlfriend ahead of us going at each other when small cried, ‘There’s a man behind us, Mom, with a baby on his shoulder.’ I said it was probably a dad taking his infant for a walk. Yet something about the man had unsettled Small, who at intervals turned to inform me of the man’s progress: vest gone; pants gone and uugggh – ‘HE’S TAKEN OFF HIS UNDERPANTS, Mom, he’s NAKED!’

Wondering what had happened to the supposed baby or if my daughter had lost the plot, I turned – trust me – just to check, and he was, proudly displaying his genitals as though to be admired like the Hanging Gardens of Babylon. I took her hand and walked fast towards her brother who was well schooled in the arts of Judo and Karate. We marathon-marched homeward where neighbours sat on their balcony; I told them about the weirdo. Hubby sped indoors to call the nearby police station, for our tracker, now fully clothed, had entered the street, pretending to look in a shop window while surreptitiously watching us. I didn’t want him to see where we lived, so we stayed put.

The police caught him and told us he had escaped from a mental facility and liked airing his hanging gardens for all and sundry to gape at. ‘The baby’ we realised, had probably been his shirt thrown over one shoulder.

Every year, my friend Edgar sends me a calendar. Two years ago, he sent one entitled Haunted Ireland with an item about Howth Castle. There are many tales attached to the castle. The best-known (and disputed) story is about Grace O’Malley, a feisty warrior queen of the Irish West who returning from a queen to queen chit-chat with Elizabeth the First (1575) anchored in Howth. She went to the Castle expecting her status to be greeted with honour and grub only to find the gates closed. Totally miffed, she is said to have kidnapped the son and heir and told his Lordship from that from that day forth a place must be set at his table for an honoured guest. It was done. The heir was returned unharmed. There is now a road in the village named after her.

The castle was put up for sale a while ago, a long line of descendent-in-residence tradition broken, let’s see what developers do to it and its environs. There’s a lovely cliff walk in the village, on it a house with a plaque declaring famous poet WB Yeats once lived there. Not far away, lived another writer, internationally recognised in the 50s, 60s and 70s. His best-known book was probably The Third Eye (1956). He called himself T Lobsang Rampa. The 19 mystical books he wrote made him famous, and even after his story origins were scrutinised and found shaky, he retained a worldwide following. It’s a fascinating study.

Dr Rampa was said to have been educated as a medical Lama in Lhasa, Tibet, and went for further studies in China. While serving with the Chinese army in WWII he was taken and tortured badly by the Japanese. He returned home in the Fifties and ‘died’. Tibetan metaphysical master lamas performed ‘transmigration’, in which his astral body took over that of an Englishman on the verge of suicide. His greedily grabbed books were theosophical, ancient astronaut literature featuring astral travel to other worlds and lost civilisations. Liverpool detective Clifford Burgess disclosed his true identity as Cyril Henry Hoskins, of Howth, Dublin, born in Devon in 1911.

Hoskins always claimed his story was true but could not reveal the identity of the author who had ‘possessed’ him for fear of reprisals to his family in Tibet. Hoskins and his entourage emigrated to Canada to escape controversy and harassment. He died there in 1981. Edgar’s father, who leisure-ferried people to the island off the coast, was given a signed copy of The Third Eye for Rampa/Hoskins enjoyed the company of men of the sea and sailing with them. Unlike Yeats who was considered a snob and, head down, spoke to no one, the Lama was very popular with the people of Howth. When home I look at the house perched on the cliff and think of him, a very interesting man.