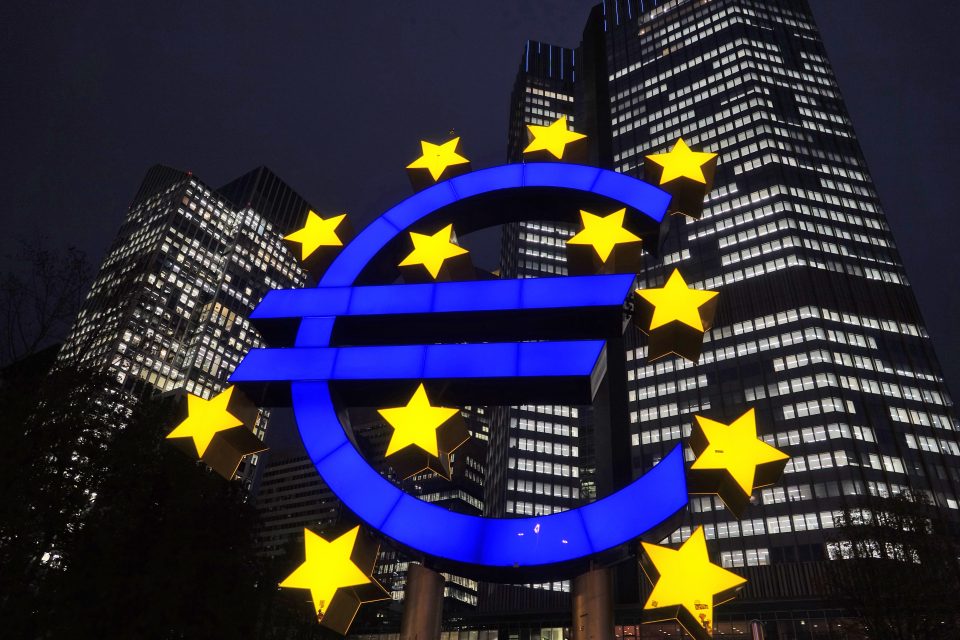 The Euro symbol is illuminated in front of the Eurotower (R), former seat of the European Central Bank

Cyprus is indeed one of the targets of the European Commission’s plan to attack low-tax Member States – and that plan is most likely to go ahead, sources told the Cyprus Mail on Wednesday.

“This is being driven by France and Germany,” warned a top official at the Cyprus Ministry for Foreign Affairs. “There is a strong possibility that the move will go forward as Germany and France are really up for it.”

“There has long been ongoing action taken against low-tax jurisdictions outside the EU, and this move targeting Luxembourg, Malta, the Netherlands, Cyprus and Ireland was bound to happen,” agrees Zsolt Darvas, an analyst with Bruegel consultancy in Brussels. Darvas points out that an estimated 50 per cent of the world’s cross-border assets and liabilities ($21-$32 trillion) pass through such jurisdictions (inside and outside of the EU).

“The German presidency will take this very seriously,” he added, “As Germany has been an outspoken critic of low-tax jurisdictions.”

But not all experts agreed that the move was fair; according to Marios Andreou, partner, head of Tax Advisory at PwC Cyprus, there is no call for such actions for Cyprus.

“Cyprus has a transparent and simple tax system with no “schemes.” In addition, as a result of suggestions from the Commission, Cyprus is now proceeding with amendments to its tax laws to introduce an incorporation test as a tax residency criterion and to introduce withholding taxes on payments to countries which are on the list of non-cooperative countries.”

Andreou notes that the Commission has a pressing need for funding.

“Post Covid-19 there is even more urgency by the Commission to follow through the BEPS agenda and ensure taxes are collected to finance the needs that have arisen from the pandemic. We understand that the priorities focus on Digital taxation and the Green Deal, but other areas will be looked at as well.”

And the official at the Cyprus Foreign Ministry said that there would certainly be opposition from the targeted Member States.

“However, Germany may prevail,” the official continued. “For sure there will be resistance, but after the departure of the UK, they (Germany) may push the proposal through by making some deals, or possibly by tying it up with the recovery fund, etc”

One aspect of the plan impressed analysts: The move to use Article 116 of the  Treaty on the Functioning of the European Union, which covers Internal Market policies. “This kind of low-tax jurisdiction is clearly a distortion of the Single Market,” Darvas said.

The next step will be to watch for a formal proposal by the Commission for an action of this kind. The use of Article 116 allows the commission to propose a directive designed to correct distorting tax schemes and sue governments at the European Court of Justice if they do not comply.

This does not mean that Cyprus will no longer have any voice in the matter, noted Dimitris Papoutsis, a lawyer with Elias Neocleous & Co.

“If Cyprus is to suffer a change to its tax system, causing an outflow of capital, then there should be some quid pro quo,” he says.