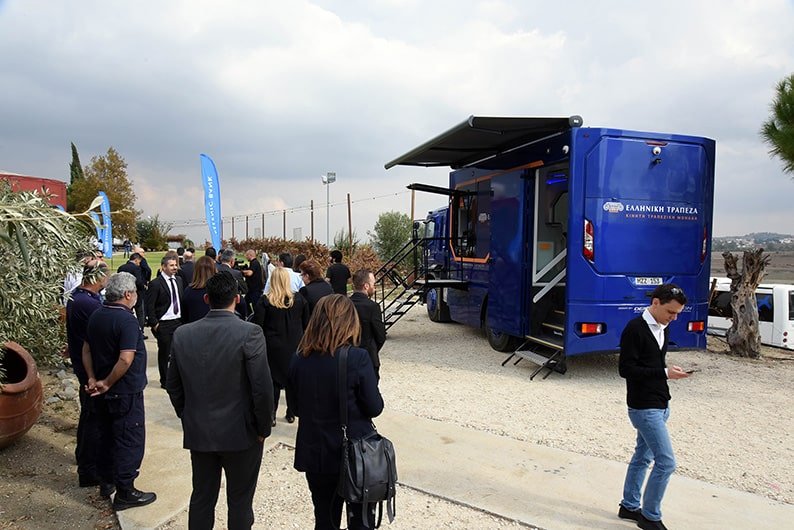 The mobile banks have been axed

Elderly people are still struggling to use technology for their banking, Cyprus’ pensioners’ union Ekysy said on Thursday, after Hellenic Bank informed them that mobile units would  not be reopening.

Last year, Hellenic Bank announced two mobile units covering a total of 27 rural communities but they have since been shut down. According to Esyky, Hellenic won’t fully reopen their branch in Stroumbi, Paphos either.

As far as the branch in Stroumbi which Ekysy requested be fully operational, the bank responded by saying all 20 communities that use the branch can still go every Tuesday and Thursday when it is open.

The status quo however is extremely difficult for thousands of pensioners, the union said.

The letter from Hellenic Bank to the union on July 3, urged its customers to use online services such as web banking and the mobile app “ignoring the fact that for the elderly it is impossible to use new technology,” Ekysy said.

It added that “banks continue to overcharge for services that must be done in their branches, such as utility payments and inexcusably high charges for bank statements that pensioners need when submitting various applications.”

It called on the bank to reconsider its decisions.

‘Food delivery apps should have opt out for single-use items’