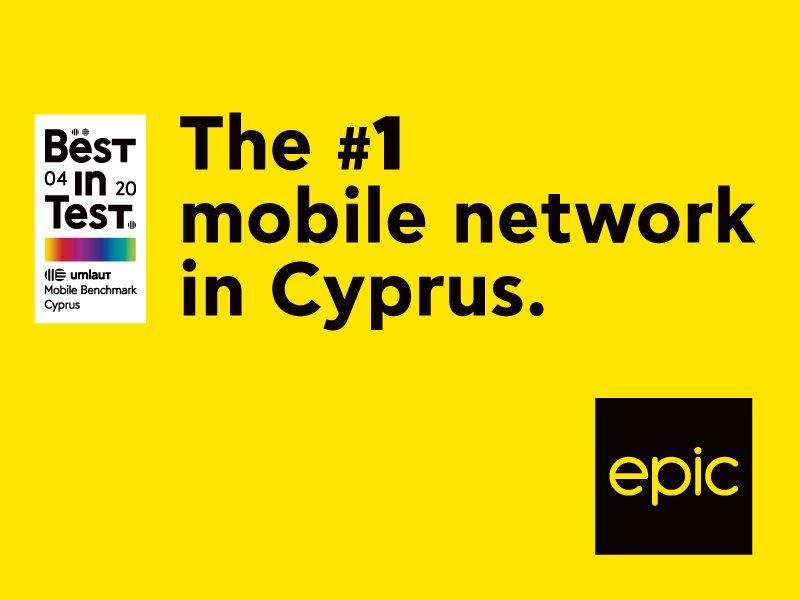 umlaut is one of the most well-known and internationally recognized network evaluation companies. By providing services and solutions in the telecommunications industry, the German company is considered a de facto model of the industry. Its methodology attracts leading telecommunications providers such as Vodafone Group, Deutsche Telecom / T-Mobile (Group), Swisscom Switzerland, Verizon (USA) and EE (UK).

The numbers speak for itself: 20 consulting services and engineering companies in 50 locations worldwide, 4,300 specialized experts and engineers. umlaut provides innovative solutions and transformations in all industries, even in the public sector. Fair, transparent, and independent evaluation of all networks is considered one of the company’s key advantages.

Admittedly, the reliability of umlaut gives companies additional credibility regarding measurements. So, the first for Epic mobile network and its “Best Mobile Network in Test” certification could easily be described as a great success. The award was made on the basis of comparative network measurements conducted by the world independent testing company and, according to a relevant announcement, the award was given to Epic after an extensive evaluation of the national mobile telephony networks of Cyprus for a period of 24 weeks. Compared to its main competitors in the Cypriot market, Epic won first place in:

Such independent studies by global companies recognize the efforts being made to upgrade the country’s telecommunications and to increase competition among providers.