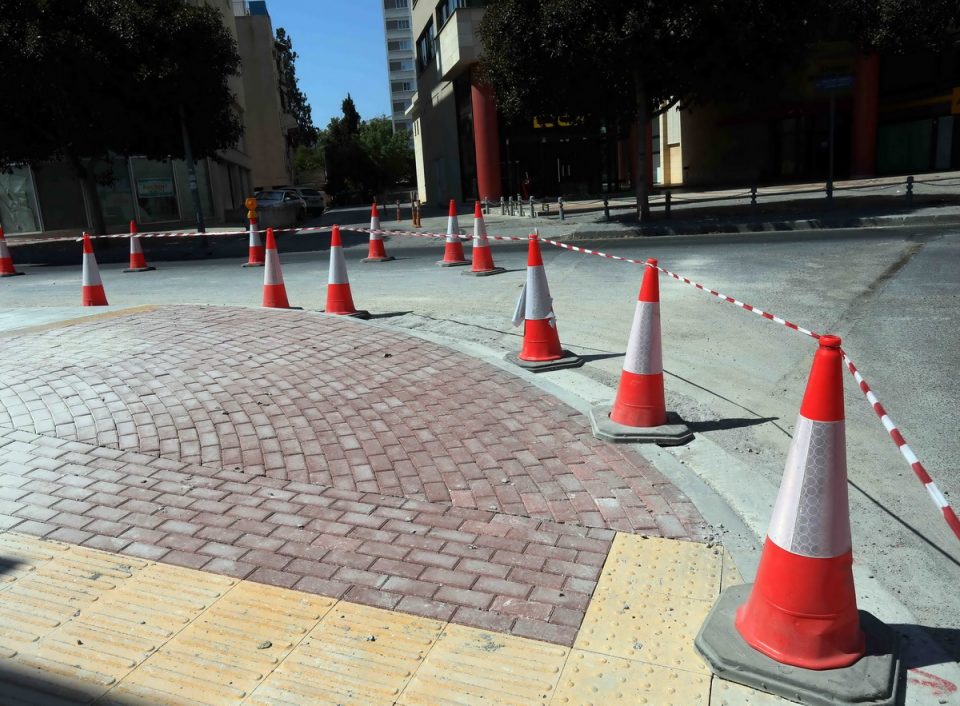 Just four days after Nicosia mayor Constantinos Yioarkadjis asked the public to be patient as half of Makarios avenue closed to traffic for roadworks in a project set to last 13 months, the municipality on Friday announced yet another major project bound to add to the traffic chaos in the capital.

The upgrade of the southern part of Kennedy avenue will start on Saturday, the municipality announced.

This part of the project, which means traffic will be allowed on one lane in the direction of Limassol avenue only, is expected to last five weeks, the announcement said.

It covers about half of the avenue, while works on the other half has been completed.

It also means a number of side roads will become temporary dead-end streets.

Traffic towards Nikis avenue will be diverted via Esperidon and Riga Fereou streets.

According to the municipality, this is phase A of the project.

The overall project will be carried out in three phases, during which some traffic will be allowed at all times.

The next phases, the time frame for which will be announced after the completion of the first section, includes the following:

Drivers are urged to be careful and follow traffic signals.

Turkey sends firefighting helicopter to be stationed in the north