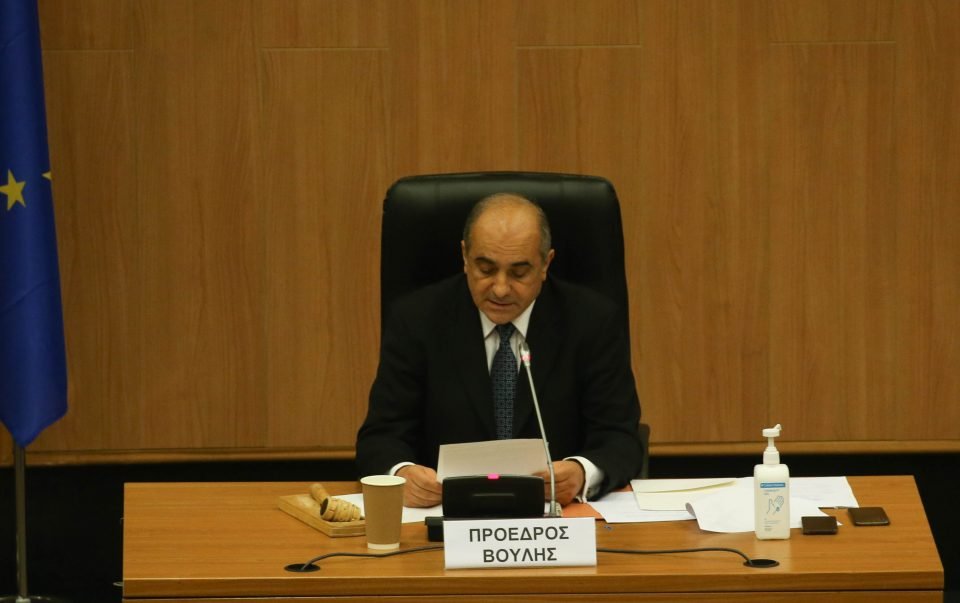 Parliament on Friday voted to immediately publish a controversial list of names of politically exposed persons (PEPs) with non-performing loans despite agreeing that it contained mistakes and needed to be updated.

The decision will be sent to the president who would have the final say on the matter. President Nicos Anastasiades can rubber stamp the decision, veto it, and send it back to parliament, or refer it to the supreme court.

Thirty-one MPs voted in favour of publishing the list as is. The second choice was to update the list before making it public at the end of the month.

Main opposition Akel chose to walk out of the room apart from one MP, Irini Charalambides, who voted in favour. House president Demetris Syllouris also opted to leave saying he did not want to participate in a potentially illegal action or a breach of principles.

The PEP document – marked ‘confidential’ – was first delivered to Syllouris by Georghadji in April of 2019 just before she stepped down.

The list includes data from six banks, Alpha, Eurobank, Hellenic, Bank of Cyprus, Kedipes and the House financing organisation. The data from five are dated December 31, 2018. Kedipes’ data are not dated.

The vote followed a tense session during which several MPs bemoaned the fact that they were being criticised and ridiculed by the public because their names were included on the list.

The day kicked off with several MPs issuing public statements seeking to explain why their names had been included.

During the session, most agreed the list was slapdash and full of mistakes. Edek chairman Marinos Sizopoulos called for an investigation into how the list had been prepared.

Syllouris, who had criticised the list repeatedly in the run up to the vote, said it was widely agreed by MPs that the list was incomplete.

Quoting members of an ad hoc committee set up to study the list, Syllouris said it had been described as “rubbish,” “wrong,” and “shoddy,” to name but a few.

Diko chairman Nicolas Papadopoulos said his party will ask for a probe over the reasons for the inclusion of certain names who did not appear to have NPLs at that time, suggesting a more nefarious motive.

“Possibly the intention was to intimidate or blackmail parliament not to vote bills that would affect the central bank or the banks,” he said.

Papadopoulos described the whole affair as an effort to “smear the prestige and dignity of MPs and parliament.”

He reiterated the demand of other MPs that parliament wanted to see if any PEPs had been granted loans on favourable terms or if they had loans written off.

Edek MP Costis Efstathiou revealed during the discussion that he knew of a person who was in the room at the time who had had a €900,000 loan written off, but he did not disclose the name.

Disy MP Marios Mavrides conceded there was a lot of confusion surrounding the list “but since it exists it is to the interest of society to publish.”

He too called for an inquiry to determine whether any PEPs had received preferential treatment.

Akel leader Andros Kyprianou said by focusing on matters of little importance like the list, parliament was missing the substance of the matter, which was corruption.

Kyprianou said the right thing to do was for the central bank to investigate the matter and then publish the findings.

“We will not participate in this process,” he said. “Everyone else can do whatever they want.”

Disy MP Costakis Constantinou, whose name had been leaked in the past, lamented what he described as “thirst for blood.”

“Is it a crime to take out a loan? If am a criminal, you can hang me.”

Constantinou said he and his family had borrowed hundreds of thousands in the past but had never received any special treatment.

He accused – without naming – other MPs for encouraging “cannibalism,” as he said he was leaving parliament (not running again) less well off after 33 years in state positions.

“I am leaving parliament with my head up high,” he said.