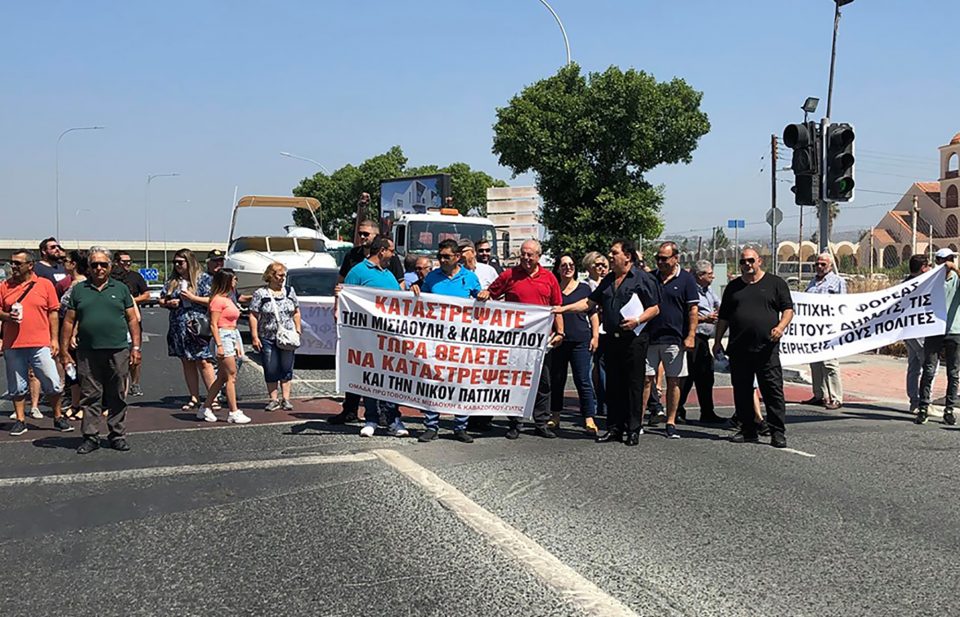 Shop owners on Nicos and Despina Pattichi Street in Limassol blocked off a section of the road on Saturday as a mark of protest after their alternative proposals was rejected.

The main issue of contention is the creation of a traffic island that the transport ministry has proposed but shop owners said this will adversely affect business.

The shop owners blocked off the road at 10:30am and said they would escalate measures if the state moves forward with the construction of the traffic island.

They called on the contractor to not to do the work.

“We invite whichever contractor took on the project to not come and build here, as he will build, and we will ruin it,” they said.

The organisational secretary of Povek, the confederation of craftsmen and shopkeepers, Kyriacos Moustakas said they would block the contractor from conducting the works in the same way they blocked the road.

Last week, the transport minister said they could submit their own, alternative proposal which could be reviewed. According to the shop owners, it was discussed on Tuesday with the relevant road transport authority and the municipalities for Limassol and Kato Polemidia.

An expert prepared a study providing alternatives without a traffic island, but it was rejected.

Following the development, spokesman for the group Polys Kattasis said on Thursday that as a first measure, shop owners would close the northern part of the street on Saturday.

The government maintains that the project has been pending for way too long and the proposal which includes the creation of an island will avoid road deaths in the area.

The contract with the construction company has already been signed.

United’s Solskjaer hits back at Lampard over VAR narrative

Short looks at life under corona