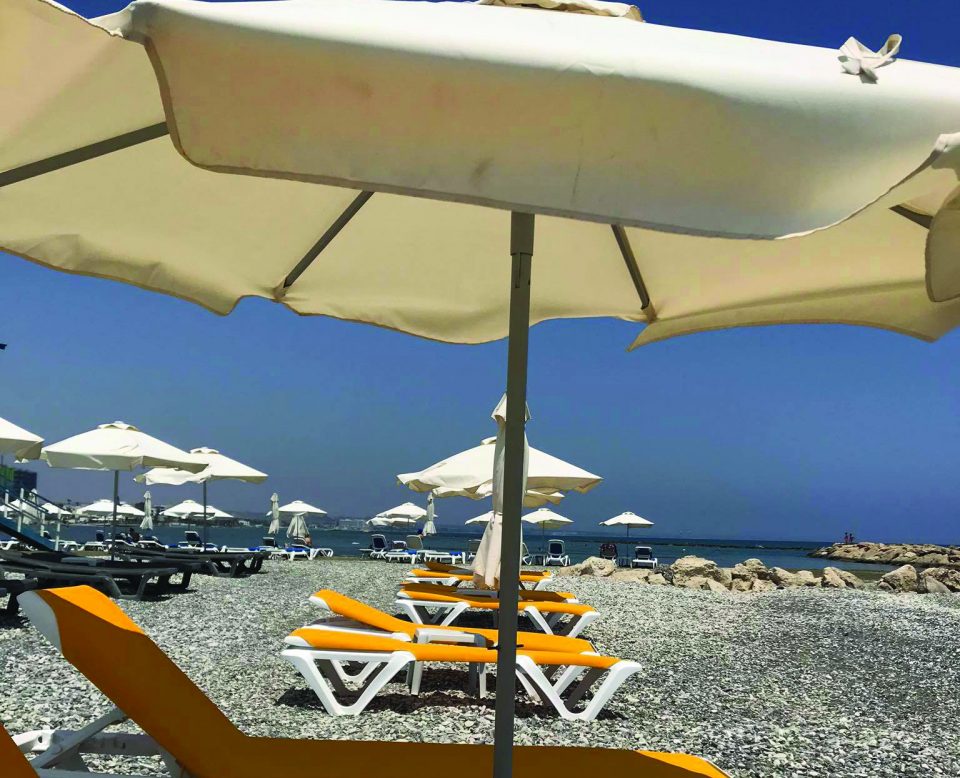 Real prospects hinge on having main markets in category A

Tourist arrivals in August, expected at 200,000 – one-third of August 2019 – will be well below expectations, Deputy Tourism Minister Savvas Perdios told the Cyprus Mail in an interview.

“We hope for 100,000 visitors, though it could be less,” he said. “But it is possible that the large tour operators, who are not currently booking for Cyprus because we oblige testing, will change that if the major markets they work with are placed in Category A” [for which testing is not required]. For now, we know that tour operators are not booking for August.

But Perdios pointed out that this could change.

“If the UK, Russia, Sweden and Israel are moved to Category A from mid-August onwards, it’s going to change the game. Cyprus is a country that has a proven track record.”

If tour operators do begin to book Cyprus again in mid-August, Perdios noted, the rest of the season could wind up with better-than-expected numbers of arrivals.

“In September, arrivals are traditionally the same as August. October is also traditionally very strong. We have no reason right now to write September off as a dead month.”

“The previous full-year target was for 25-30 per cent of the numbers we had last year. That was taking into consideration that July was going to be a very slow month, so that does not have to be revised. What we are re-evaluating now is only the month of August. We are not going to be revising September or October or the remainder of the year, at least not yet” the deputy minister continued.

The minister said that revised forecasts for the number of arrivals would be available from the middle to the end of next week.

Why are tour operators not booking? “They are not interested in having their customers tested and are only booking destinations where it is not obligatory. It doesn’t matter where the test is done, in Cyprus, in the home country, on the moon, they don’t want it. It also doesn’t matter if the cost of testing is zero. They don’t want it.”

Perdios said the UK is to be listed in Category B from August 1. “This has already been announced. I feel that, even with mandatory testing, individual travellers from the UK will come in substantial numbers.

“Remember that we have a large population of Cypriot expats in the UK. They traditionally come to see their families in the summer, and surely the testing (which we provide at a low cost and with rapid results) will not deter them.”

Why does Cyprus not relax testing rules further, as Spain and Greece have done?

“It’s not a competition,” Perdios insists. “We are not going to do what they have done. We believe that we have chosen the right way to go.”

In general, Cyprus is now getting the attention of individual travellers, Perdios added.

“This is not what we are used to. We always worked with tour operators. Now we are focusing on individual travellers, using digital marketing segmented by categories, by nationality, age, where people live, income, etc.”

This has led to an increase in visits to the tourism ministry websites of 400 per cent compared with the same period in the previous year, the minister said.

“When you consider the psychology of the traveller at the moment, it’s great to see this increase of interest in Cyprus,” he adds. “And we see this as an investment for the future. The Achilles Heel of Cyprus tourism is its deep engagement with tour operators,” the deputy minister said.

“We see this as a new approach, adapted to a new age of travel. We’re targeting different nationalities than before, younger age groups, but also 50-70-year olds – a fantastic target for us and a large demographic in Europe. We are also targeting 70 plus, retirees, as well.”

Perdios favours niche marketing for special interests as another new approach. “The more niche you go into a product, the higher the expenditure. For example, someone who loves wine, and wants to discover what Cyprus has to offer, that creates a need. It doesn’t matter where they’re flying from; they just have to come.”

By targeting special niches like this, Cyprus will be able to attract tourists with a higher level of spending power.

“We are also working to upgrade tourism facilities around the country with an eye to this kind of tourist,” he added. “And we are putting serious resources into the mountain and rural areas which offer attractions for this type of tourist. All of this is not tourism for the masses and will attract a greater spend.”

Perdios is also targeting new geographies, like Eastern Europe. “We have good connectivity there, and low-cost airlines. Poland is doing particularly well but the other countries are too.”

Poland, for example, has a huge potential, Perdios said. “I like it a lot. It has a large population of young people, which is growing, and it is also a market for families, and seniors.”

But, for now, it is just starting up, as Poland was on the B list until two weeks ago. “As we’ve seen, the testing is an obstacle. But now that Poland is in Category A, we expect increasing numbers of tourists from there.“

Another new market is the Gulf. “You need to do a lot to show that market that you want them, offering halal food, separation of sexes when necessary, availability of prayer rooms – it’s a conservative market”.

Cyprus had been and will continue to target long-haul markets like the US, Japan and Korea, Perdios said.  “We were on a great track with bilaterals with these markets before the crisis started.

“For them we are the new, in-style tourism destination – they don’t know us, but we can promote ourselves like that. However, we don’t have flights, so these tourists would have to combine Cyprus with Israel and Jordan, for example.  We had deals in the works, but now is not the time for this kind of marketing,” Perdios said.

Obviously, he notes, the markets of northern Europe are the ones we’d most like to reach. “Last year, we had 150,000 Germans visiting Cyprus, and we’d prepared airline capacity this year for 250,000. Again, the crisis thwarted our plans; now the German market is especially cautious about travel this year.”

“Overall, the problem at this time is that people don’t want to travel to countries they haven’t been to before. There is only a small percentage, in markets like Germany or Denmark, who might be willing to try something new.”

The result is that Cyprus is paying the price for its decades-long focus on the UK and Russia, Perdios concludes.