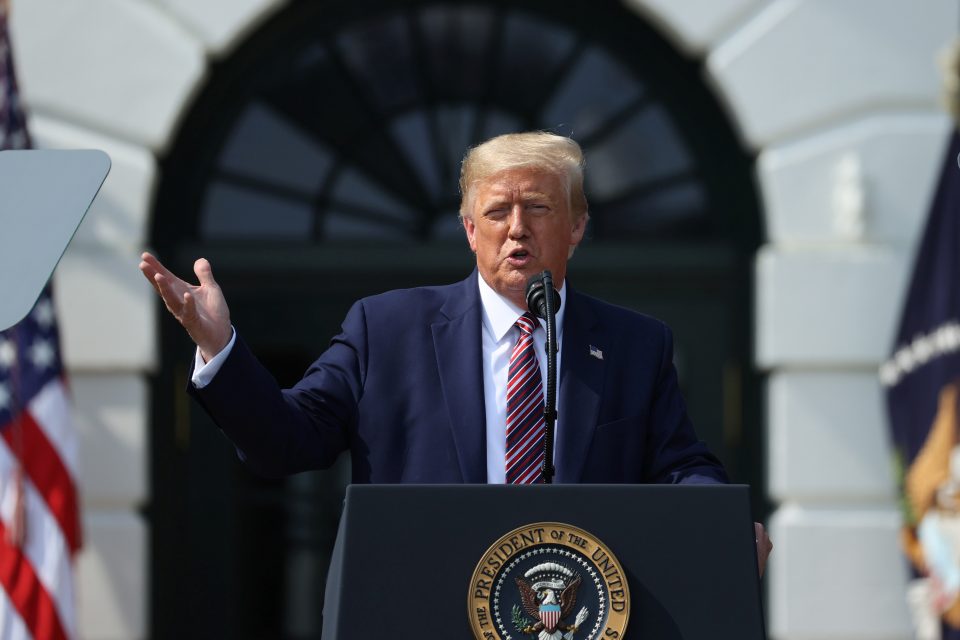 The trade war President Trump is waging against China is a conflict Thucydides would recognise.

Relations between China and the US are deteriorating rapidly. They are on a well-trodden path labeled by a Harvard professor as the Thucydides trap.

Thucydides was a philosopher historian in ancient Greece. He wrote a history of the Peloponnesian war between Athens and Sparta. He attributed the cause of the war to a theory that war is inevitable whenever a rising power threatens to replace an established power. Athens was a rising naval power on the make. She was perceived by Sparta as a threat to her dominant position, which made her attack Athens in order to preserve her position.

The Harvard professor called the dynamic the Thucydides trap to make the point that war is not always inevitable and that it can be avoided if states know of its existence and take steps to avoid it.

For example, the rise of America did not cause a war between Britain – the dominant power – and America. The Tory politician Enoch Powell, who had been professor of classical Greek and knew his Thucydides, once advised foreign minister, Anthony Eden, that in the Middle East Britain’s greatest enemy was America, which Eden recalled as prime minister when the Americans refused to back Britain and France over their invasion of Suez in 1956. The fact however is that the only war Britain and America ever fought was the American war of independence between 1775-1776. As George Bernard Shaw felicitously put it, Britain and America are two countries divided by a common language.

America took over from Britain as the dominant power in the world after 1945. The rise of Soviet Russia threatened American hegemony in Europe, but mutually assured destruction in a nuclear exchange kept the peace until the collapse of the Soviet Union in 1991. Russia under President Putin has made a come back but she does not have the economic clout of China.

After 1991 America became the only super power in the world, until the rise of China began to disturb the balance of economic power. China joined the World Trade Organisation in 2001 and has not looked back since then, until the arrival of coronavirus in Wuhan in December 2019.

The rise of China as a successful capitalist economy under the political control of the Chinese communist party has sent shivers down America’s spine and the trade war president Trump is waging against China is a conflict Thucydides would recognise.

Trump came to power promising to reduce the trade imbalance between the US and China, which is fine if her policies did not have extra territorial effect.

However, as the plight of the Chinese technology multinational, Huawei, shows America is flexing her economic muscle against China, and expects her allies to follow her lead, and to compel them if the don’t.

In January Huawei was allowed a share in updating internet connectivity in the UK to the next generation of faster downloading and uploading of data known as 5G. It was not then thought that Huawei’s partial involvement in the UK raised security concerns that could not be managed, though America that shares intelligence with Britain disagreed.

Last week the minister responsible for digital technology came to parliament and said that the facts had now changed and that the government had to reverse its previous policy. The facts that changed were that in May America imposed sanctions blocking Huawei’s access to American components and software that meant that Huawei had to be banned from Britain.

Trump is of course grandstanding over China for local consumption. He is way behind in the opinion polls and the presidential election is only four months away. He believes that China bashing is a vote winner and he is ruthless in his pursuit of a second term with as much frenzied anti Chinese rhetoric as possible.

But he is not alone in wishing to redress the balance of trade with China. It is widely believed that the Democrats see China as a rival that needs to be contained too, except that they are not as crude or insulting as Trump in their criticisms of China.

China’s perceived failure to contain coronavirus within her borders unleashed a lot of pent up aggression towards China in the US. Trump calls it a Chinese disease not just to garner votes but also to shift the blame for his appalling handling of the coronavirus pandemic that seems to be out of control in the US with no end in sight. To the unsophisticated, China is to blame for the spread of the disease that is killing thousands in the US and elsewhere and ruined the world economy and changed the whole world’s way of life.

There are other issues such as Taiwan and Hong Kong among others, but they were dormant and only resurfaced as major concerns recently because of America’s trade war with China. It is true that Taiwan has been under America’s wing since the days of Chang Kai-Shek who fought and lost to the communists in 1949. However America bowed to the inevitable and recognised Communist China in 1979 and severed relations with Taiwan.

As for Hong Kong Britain has genuine concerns, but the Americans and the Australians are just China bashing for economic reasons.

The problem America’s allies face with Trump is that he is irresponsible in his dealings with China and cannot be trusted to avoid the Thucydides trap on his own. He lacks basic knowledge and experience to conduct international affairs as leader of the West; as his former national security adviser John Bolton revealed in his book, The Room Where it Happened, Trump is a dangerous ignoramus: he did not know that Britain is a nuclear power, and that Finland is an independent country and not part of Russia.

Let’s hope he is aware that China is a nuclear power.

Yellow weather warning for Monday as temperatures to reach 40C