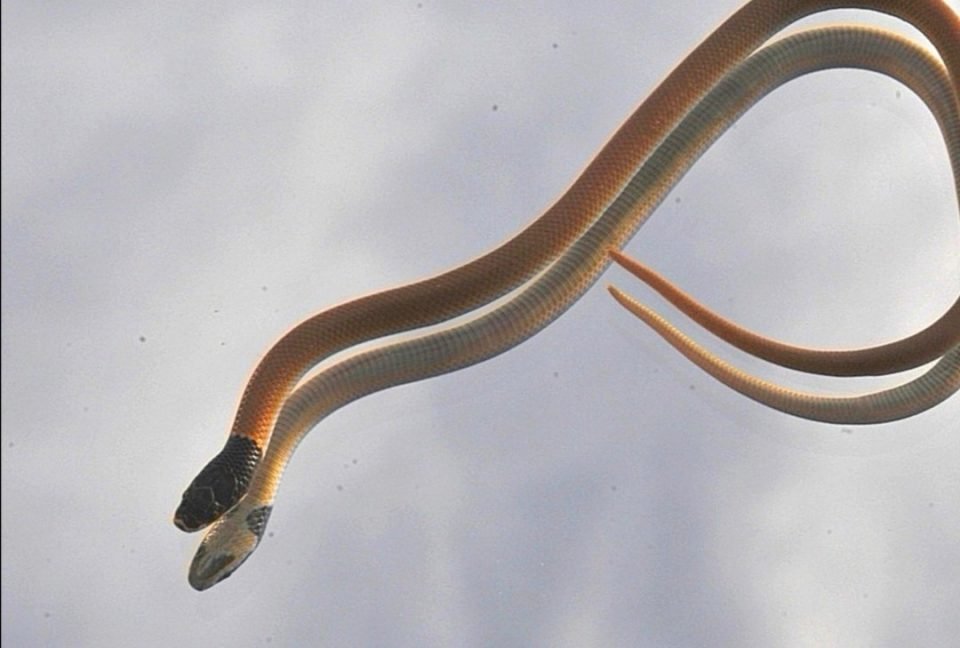 The black-headed ground snake is thin and non-venomous

A new snake discovered in Cyprus has now been scientifically identified and confirmed, thanks to the efforts of a local herpetologist.

This brings the total to nine species of snakes living in Cyprus.

Hans-Jörg Wiedl, better known as ‘Snake George,’ discovered the ninth snake, the black-headed ground snake, which is thin and non-venomous and is an endemic sub species of the Rhynchocalamus melanocephalus was living in Cyprus.

He initially discovered it in 2013 and this was followed by a second specimen found in 2017 by someone else. The herpetologist then encountered another specimen in 2018.

“I am absolutely thrilled and over the moon. It’s like an early birthday present for me, as I shall turn 77 in August. I am also very proud and happy for Cyprus and we now have nine snakes,” he said.

Snake George thoroughly researched the tiny snake and discovered that a similar one is endemic to the East Mediterranean and has also been found in Turkey, Syria and Israel.

There need to be three sightings of a snake alive to be able to prove its existence, a single example is not evidence. To prove that this is a new species, DNA identification, research, findings and examples of the snake must be identified.

So, in order to identify the species genetically, Snake George cooperated with a well-known scientific team from the Zoology Department in the University of Israel, he said, who among others performed DNA analysis on specimens found in Cyprus.

The non-venomous snake belongs to the Colubridae family like the commonly found Large Whip snake, he added. The species is found in most neighbouring countries to Cyprus that share similarities in climate and habitat.

“In the Eastern region it is commonly known as the black-headed ground snake due to its small size and colour. It feeds mainly on larvae, small insects and lives in difficult to reach rocky areas,” he said.

The discovery of the existence of the ninth snake of Cyprus and all of the methodology is now officially published in ’Zoology in the Middle East’.

“Further research is needed to be carried out on its population, but once again this proves that our island is small but yet so rich in biodiversity.”

The popular Paphos resident is well known in the field of herpetology and has a string of triumphs to his name including rediscovering the Cyprus grass snake, which was believed extinct, and proving that the blunt nosed viper lays eggs and doesn’t give birth to live young as had previously been thought.

He also rediscovered the Cyprus Grass snake after it had been thought extinct for nearly 40 years.

Snake George has been fighting for the protection and conservation of Cyprus reptiles for more than 30 years and said that he is grateful to see that more and more people are supporting this ‘important path’.

“I still receive almost daily calls and emails from people who need help in cases where they encounter a snake or have questions about reptiles and amphibians and I always do my best to help out in every case,” he said.

The reptile expert was also a former UN peace keeper was honored by the Swiss company Rolex, and awarded the ’’Cross of Honour for Science and Art’’ by the Austrian president for his contribution towards the protection and conservation of the Cyprus reptiles and amphibians.

He is also the author of the ‘’Snakes of Cyprus’’ which is translated into four languages, and co-writer of ‘’The Amphibians and Reptiles of Cyprus’’, he is also the co-founder of the Cyprus Herpetological Team.

For many years, he owned and ran ‘Snake George’s Reptile Park’ in Peyia, in Paphos, which was enjoyed by visitors from all over the world including students from abroad doing their internships.

Snake George has also given numerous talks to enlighten the public about the important herpetofauna in Cyprus.

The aim of these talks is to raise awareness of the protected status of the Cyprus reptiles and amphibians.

“It is also to try to help to erase the public’s general prejudice against snakes,” he said.

Peace and stability will prevail if resources are shared, Akinci says