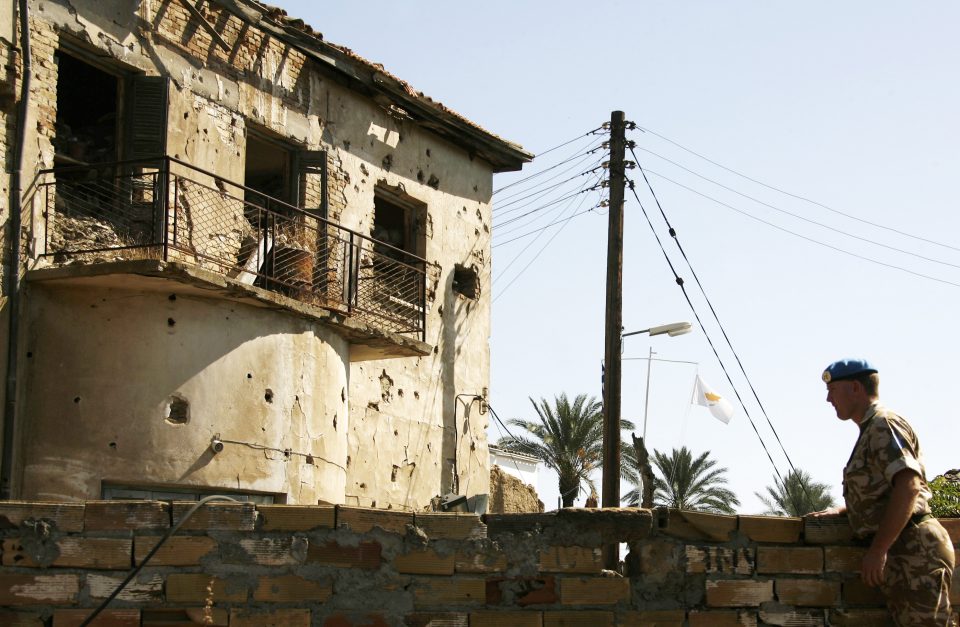 ANOTHER anniversary of the Turkish invasion will be marked on Monday – the 46th. On 16 August, 46 years will have been completed since the current dividing line was drawn and has remained unchanged, with the possible exception of some small incursions into the buffer zone by Turkish troops.

The only change to the status quo that has taken place in these 46 years was the opening in 2003 by the Turkish Cypriot regime of the Ledra Palace checkpoint in Nicosia allowing Greek Cypriots to go the occupied area for the first time after 29 years of total separation of the two communities. Many more crossings have opened since then and thousands of people would cross to the other side each day without problem or major incident.

Apart from this, the status quo, to use the phrase coined by the late Demetris Christofias, has been cemented. And what is worse is that the majority of people on both sides of the dividing line are very comfortable with this situation which is now part of normality. It was deeply ironic that in the latest report President Anastasiades sent to the UN Secretary-General he said, in reference to UN suggestions for more cooperation between the two sides, that these would “only serve to promote the normalisation of the status quo and thus the permanent division of Cyprus.”

Was he not aware that the status quo is normalised and the majority of Greek Cypriots have not only come to terms with it, but want to preserve it at all costs? Anastasiades’ decisions as president suggest that he also belongs to this majority, unless he thinks that by paying lip service to the need for reunification, as he occasionally does, somehow negates his actions. When there has been a real opportunity for a settlement and the reunification that our politicians supposedly crave – in 2004 and again in 2017 – we spurned it, the first by popular vote and the second by presidential decision.

We would rather hold on to what we had, the return of territory, including Morphou and Varosha, the withdrawal of the occupation troops and the return of tens of thousands of refugees to their homes regarded inadequate incentives for sharing power with the Turkish Cypriots. Perhaps reunification was considered too big a risk to take by all those that have benefited politically, professionally and economically from division, such as politicians, civil servants, developers, hoteliers. Not that they would ever admit to these motives as they have managed to sell opposition to a settlement as the patriotic choice; those that support the return of territory, withdrawal of the occupation troops and the reunification of the country through a deal were unpatriotic and subservient to Turkey.

With the benefit of hindsight, we could say the 46-year-old status quo was a long preparation for the acceptance of partition by the Greek Cypriots, although our politicians never had the honesty or integrity to say this. Instead they raised public expectations and gave false hopes by claiming our position would be strengthened by joining the EU, filing recourses to the European Court of Human Rights, making strategic alliances with neighbouring countries, by the change of the US administration, pursuing multi-faceted foreign policy, incurring a cost to Turkey for the occupation and so on. These grandiose plans have always come to nothing but kept people on side. We always had the UN-protected status quo as our fall-back position, our security.

For how much longer will we have Unficyp as the custodians of this security? In the last few reports by the UN Secretary-General, he has repeatedly underlined that the “status quo is unsustainable.” This is a diplomatic way of saying that the Unficyp will not be policing the buffer zone indefinitely, acting as a mediator between the occupation troops and the national guard and offering Greek Cypriots a sense of security. This is probably why he has told the two sides that they should develop channels of communication between the military, a suggestion that did not go down very well with the government. Everyone knows that Unficyp has an expiry date, which might be sooner rather than later.

In short, the status quo that we are so happy with, will devolve into official partition, leaving us with a 150-km border with Turkey and no buffer against the occupation troops. Is our government prepared for this, will people feel secure, do we have plans on how to protect our borders, Turkey decides to make incursions into our territory? As we have seen with Turkey’s continuous violations of our EEZ, we are on our own – no country is prepared to offer us anything other than verbal support, not even our EU partners.

The politicians must put aside the rhetoric and start thinking how to deal practically with the approaching end of the 1974 status quo, which is unlikely to have many more anniversaries.

Tales from the Coffeeshop: Boffins’ tourism policy is a giant flop