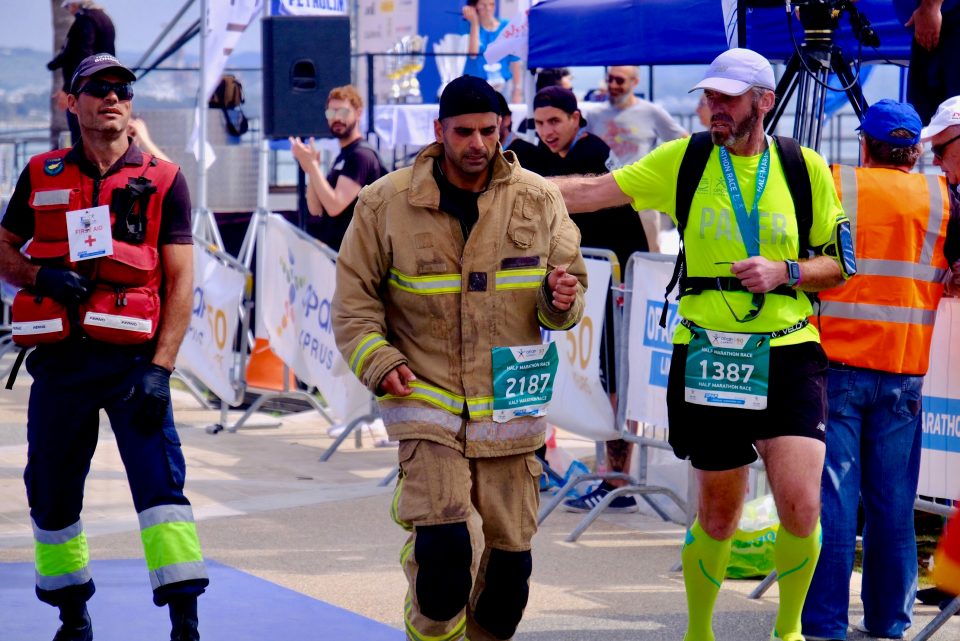 Hadjiyiannis received the award – which recognises exceptional service and impressive levels of commitment by those working for the British forces – for his hard work for the Run to Fight charity event, a two-year-old event to raise money for children battling serious disease, which, according to the announcement, has quickly become one of the main fundraisers in the British Forces Cyprus calender.

The event, the brainchild of Hadjiyiannis, has raised thousands of euro for the Elpida Foundation, the announcement said.

The firefighter talked of the pride he felt at having his efforts recognised at the highest level of Command in Cyprus.

“I feel profoundly grateful and honoured for the monumental appreciation from the people who believed in me and my efforts and the drive behind the Run to Fight initiative.

“There are so many people involved, the running communities from both the SBA and Republic of Cyprus, sponsors, volunteers, the Episkopi Station, the staff who’s support and engagement has been invaluable and of course my colleagues and especially the members from my organisation.

“This award belongs to everyone, every single person who has positively contributed to the success of these profoundly important events.”

Almost half Cypriots unable to afford a holiday