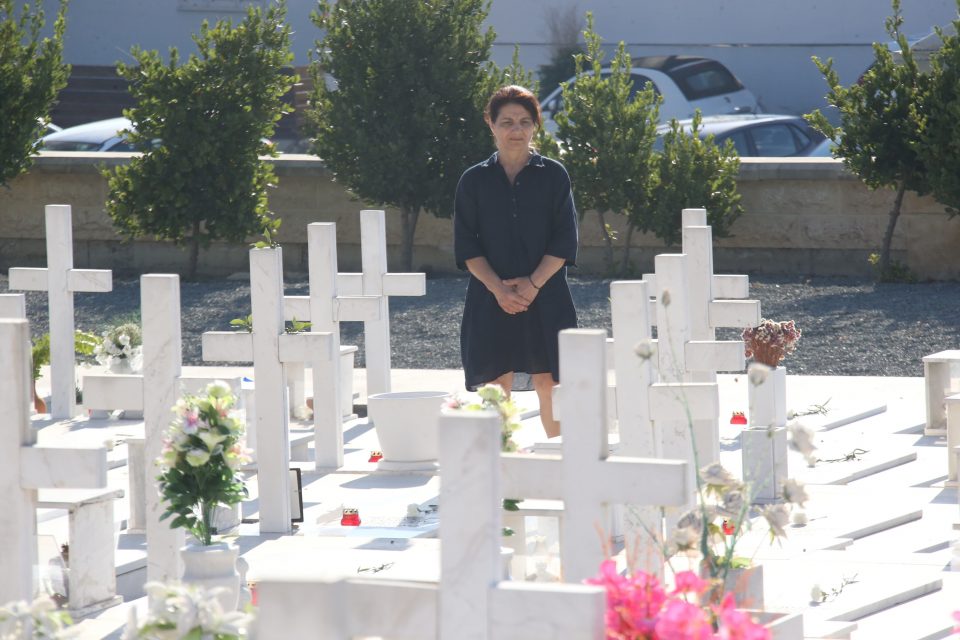 President Nicos Anastasiades said on Monday that Cyprus’ goal needs to be to build an auspicious future and create a prosperous country for all on the island.

In a speech read out by Foreign Minister Nikos Christodoulides at the Presidential Palace on the anniversary of the 1974 Turkish invasion, he said there is a need to create a ‘prosperous country, truly independent and sovereign’ for Greek Cypriots, Turkish Cypriots, Maronites, Armenians and Latins.

On Turkey’s more recent actions including exclusive economic zone (EEZ) violations, the president said, “We are living through a maritime invasion in the EEZ of Cyprus.”

He added Ankara’s pretence is again to protect the interest of the Turkish Cypriots. However, Anastasiades questioned how Turkey could be protecting rights when Ankara’s own claims in the EEZ amount to 44 per cent of Cyprus.

On Turkish plans to open up Varosha, he said Turkey and “unfortunately some Turkish Cypriots” also appear ready to violate UN resolutions.

The strategy of ‘appeasement’ has not worked, he reiterated, as the European Union is a victim of Turkey’s blackmail using the migrant issue, while individuals considered opponents of Turkish President Tayyip Erdogan are persecuted.

“Turkey, with its actions, is becoming a bully state in the region,” he said.

On the Cyprus issue, he said his hope is there will be a solution through a dialogue.

“My hope is that in a dialogue that will take place without threats and blackmail, those conditions will be created, so that such proposals are submitted that will finally lead to a solution.”

Anastasiades was unable to attend ceremonies on Monday as he is still in Brussels for the EU Council conference.

Earlier, a ceremony for soldiers killed during the invasion at the Makedonitissa cemetery was attended by House president Demetris Syllouris and Greek Defence Minister Nikolaos Panagiotopoulos.

The officials laid wreathes at the graves on the site.

At a formal church service at Phaneromeni church in the old part of Nicosia after visiting the cemetery, Syllouris said: “We are still struggling for a just and viable solution.”

Political parties and various associations and organised groups have issued statements, condemning the Turkish invasion and the continuing occupation and reiterating their determination to fight for a just and viable solution.

Later in the evening student groups, waving Greek flags, marched through the centre of old Nicosia.

Earlier in the morning, air-raid sirens sounded at 05.30am to mark the time 46 years ago when the Turkish invasion was launched, and Turkish troops landed near Kyrenia.

The Turkish invasion of Cyprus came only five days after the coup engineered by the Greek military junta, then ruling Greece, that toppled the president of Cyprus, the late Archbishop Makarios III.

As a military dictatorship was established in Greece in 1967, relations between Cyprus and Greece became strained. The junta was meddling with internal politics in Cyprus, much to the dismay of President Makarios. The situation culminated on July 15, 1974 when the Athens regime instigated a coup by Greek army officers in Cyprus, seeking to achieve ‘enosis’ – or union with Greece. Makarios was overthrown and fled to Britain and then to New York.

As President Makarios was addressing the UN Security Council on July 19, he urged the Council to intervene to restore democracy on the island.

Turkey used this and the military coup as a pretext to invade and impose its partitionist designs on Cyprus. On July 20, 1974 claiming to act under article 4 of the Treaty of Guarantee, the Turkish armed forces launched a full-scale invasion against Cyprus.

The Turkish invasion began at 05.30 on the July 20, with heavily armed troops landing in Kyrenia on the northern coast. Around 40,000 Turkish soldiers took part.

A cease-fire was agreed on July 23. In the absence of Archbishop Makarios, the then-President of the House of Representatives and Greek Cypriot negotiator Glafcos Clerides stepped in as acting president.

Makarios returned to Cyprus in December that year.

Repeated UN-led attempts to reunite the country have so far failed. Turkey insists on retaining its right of intervention, its role as a guarantor power and a military presence on the island.