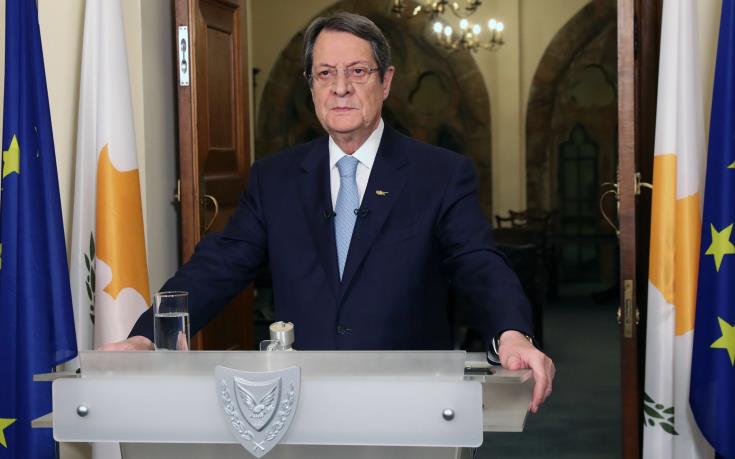 Finance Minister Constantinos Petrides said on Tuesday he is pleased with the EU budget and recovery fund, saying that Cyprus is eligible for over €2.7bn.

He was echoing the words of President Nicos Anastasiades who earlier in the morning had expressed his satisfaction with the European Council conclusions on the Multiannual Financial Framework 2021-27 and the Recovery Fund in a written statement issued following the EU27 Summit in Brussels. EU leaders agreed on pumping a massive amount of money into economies to keep them going.

“I express my full satisfaction because after many days and intensive negotiations, Cyprus has achieved the economic goals it had set in relation to the MFF and the European Union Recovery Plan,” Anastasiades said.

For Cyprus €1,451 billion will be raised from the Multiannual Financial Framework 2021-2027, and the rest – up to €1.3 billion – from the Recovery Fund, aimed at addressing the consequences of the pandemic and promoting the development of the Cypriot economy.

“A detailed analysis of the distributions will follow at a later stage,” Anastasiades added.

Petrides pointed that Cyprus’ funds increased by €250m compared to the commission’s initial proposal back in May.

He added that the core funds, the €1.45bn, will be utilised via existing programmes, mainly the cohesion policy, common agricultural policy and issues stemming from asylum.

The additional funds, up to €1.3bn, would be contingent upon reforms such as environmental policies, digital transition and sustainable development.

To obtain the additional funds, as part of Next Generation EU, Cyprus will have to submit a three-year structural reform plan to the commission by the end of the year.

It is understood that some of the core reforms and objectives will be based on green policies. Some of the more ardent environmentalists have criticised the EU deal, however. They say it has watered down previous commitments and requirements to access the funds.

Petrides highlighted that it is an ambitious plan which can change the country.

“It is in line with the priorities and vision of Cyprus for the coming years [by] building a digital economy, digital education and green growth,” he said.

“In addition, in view of Turkey’s delinquent behaviour and following my intervention, a provision was included according to which the financing of third countries, including Turkey, by the European Union, is subject to their respect for the principles of the Charter United Nations and International Law,” Anastasiades concluded.

Bag falls out of helicopter on search and rescue mission