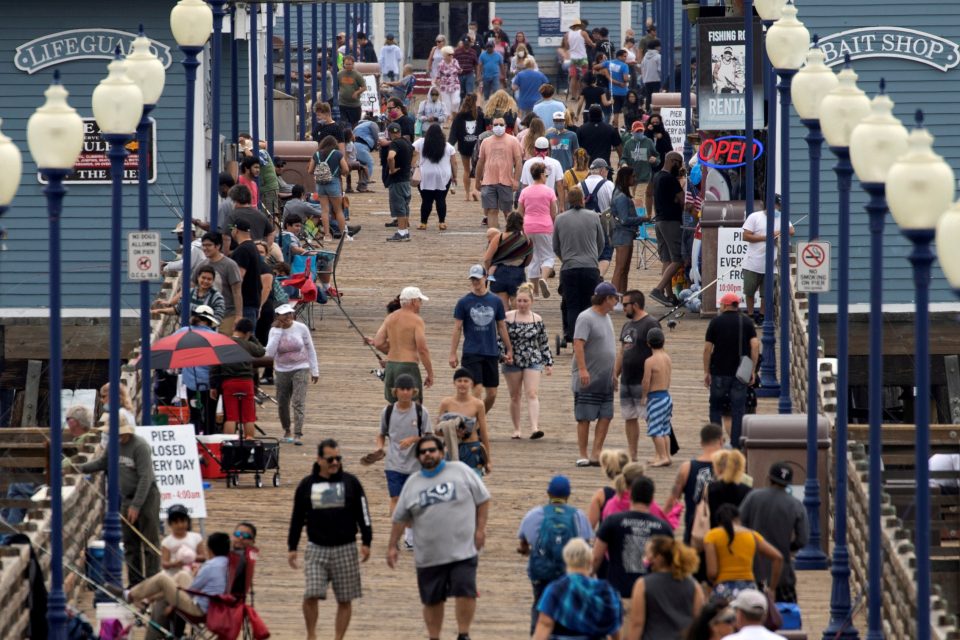 By Anurag Maan and Shaina Ahluwalia

California on Tuesday became the second U.S. state after New York to report more than 400,000 COVID-19 cases, according to a Reuters tally of county data.

The most populous U.S. state has totaled 400,166 COVID-19 cases, putting it on the verge of surpassing New York – the original epicenter of the nation’s outbreak – for the highest number of infections in the country since the novel coronavirus was first detected here in January.

At that point, if California were a country, it would rank fifth in the world for total COVID-19 cases behind only the United States, Brazil, India and Russia. New York currently has over 412,800 total cases and is adding on average 700 new cases a day in July while California is rising by an average of 8,300 cases a day.

Since its crush of cases earlier this year, New York state has gotten the virus under control, reporting the fewest hospitalizations in four months on Monday.

Last week, California’s Governor Gavin Newsom rolled back some of his reopening plans for the state by announcing the closure of some indoor venues that attract crowds such as bars, restaurants, movie theaters, zoos and museums. He also ordered gyms, churches and hair salons to close in the 30 hardest-hit counties of the state.

Newsom also released a controversial framework last Friday to reopen schools amid an intense debate across the United States about whether it would be safe to send children and teachers back into the classroom amid an ongoing pandemic.

Last week, the Rose Parade, an annual spectacle that has been held with few exceptions on New Year’s Day since 1890 in Pasadena, California, was canceled for 2021 due to the pandemic.

More than 141,000 Americans have died of COVID-19 – nearly a quarter of the global total – and the U.S. Centers for Disease Control and Prevention has forecast that the death toll could reach 157,000 by Aug. 8.